Slowly but surely, we’ll find the iPad Pro design with Face ID instead of Touch ID on cheaper iPads like the 4th generation iPad Air. Which is expected in March 2021. The leak has now revealed some key specs and even the target price. And there is obviously a mega redesign going on here. But also a significant price hike. 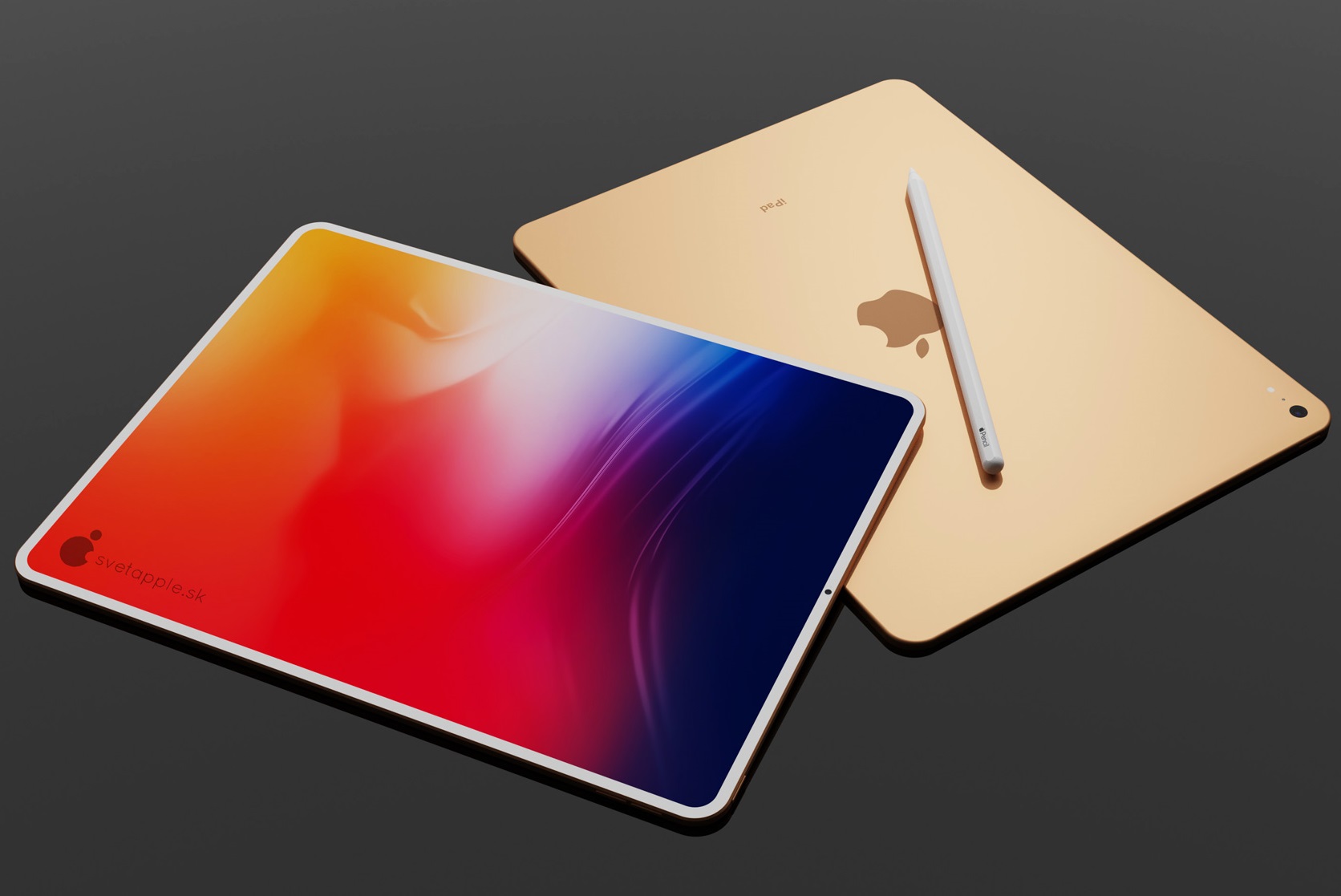 Compared to the 3rd generation iPad Air from 2019 (on Amazon now from € 515), the iPad Air 4 should have significantly thinner edges and be similar in design to the iPad Pro duo. That means Touch ID is disappearing, and instead of facial recognition, Face ID finds its way. The display grows from 10.5 inches to 11 inches diagonally and should receive a liquid retina panel. 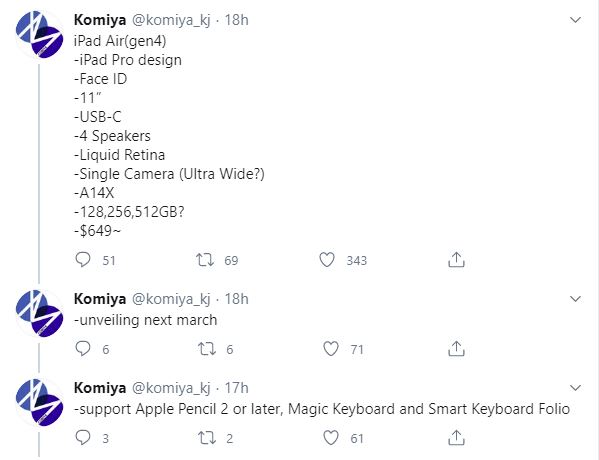 According to Komiya, USB-C and four speakers will also be on board. But not the iPad Pro’s camera array with the LIDAR sensor, instead, the iPad Air 4 still offers a single camera on the back. As for the processor, the rare tweeter. But often the right user @ L0vetodream intervened, and Komiya corrected one point: instead of the extended Apple A14X, it should integrate “only” the Apple A14 chipset expected in the iPhone 12.

The fact that l0vetodream only fixes this point may indicate that the rest of the information is correct. But this is only a guess. As always with such leaks, you cannot take what is said at face value. You can never know for sure how correct the information from the sources is. However, if the specs are correct, then the next iPad Air with 128GB, 256GB. If the info is valuable maybe even 512GB should arrive in March 2021, likely alongside the new iPad mini.

However, many of the new features are also driving up prices significantly. Apple appears to be planning $ 649 for a beefed-up iPad Air, which will be $ 150 more than the current tablet. In a follow-up tweet, the presenter also provides information that the next-generation iPad Air will also be compatible with the Magic Keyboard, Smart Keyboard Folio, and Apple Pencil 2 or its successor. By the way, Komiya just recently mentioned Magic Keyboard 2. Which is also scheduled to launch in March 2021.

According to the well-known Leaker, Apple is already working on the second generation Magic Keyboard. Which should be compatible not only with the iPad Pro but also with the fourth-generation iPad Air. The new keyboard is expected to hit the market in March 2021.

Apple surprised many customers this spring when the iPad received official support for mice and trackpads through a software update. Along with the new iPad Pro (from € 863 at Amazon) was also introduced to the Magic Keyboard (from € 334 at Amazon). This brings a trackpad with multi-touch gestures to the iPad for the first time.

READ ALSO:   Huawei commented on the difficult situation it faced due to new US sanctions