The Xbox Series X will appear in time for the Christmas business. But without the most important launch title.

Microsoft and 343 Industries issued a press release officially confirming the launch of the Xbox Series X in November. But Halo Infinite was delayed until next year. Microsoft still promises that there will be over 100 titles available at launch, optimized for the next-generation console.

Microsoft has officially confirmed that the next-gen console will hit the market in November. But the company has yet to give an exact date. However, there is more to Xbox fans to cheer: almost at the same time, 343 Industries announced that Halo Infinite would be pushed back to next year as the quality of the game should be improved before release. 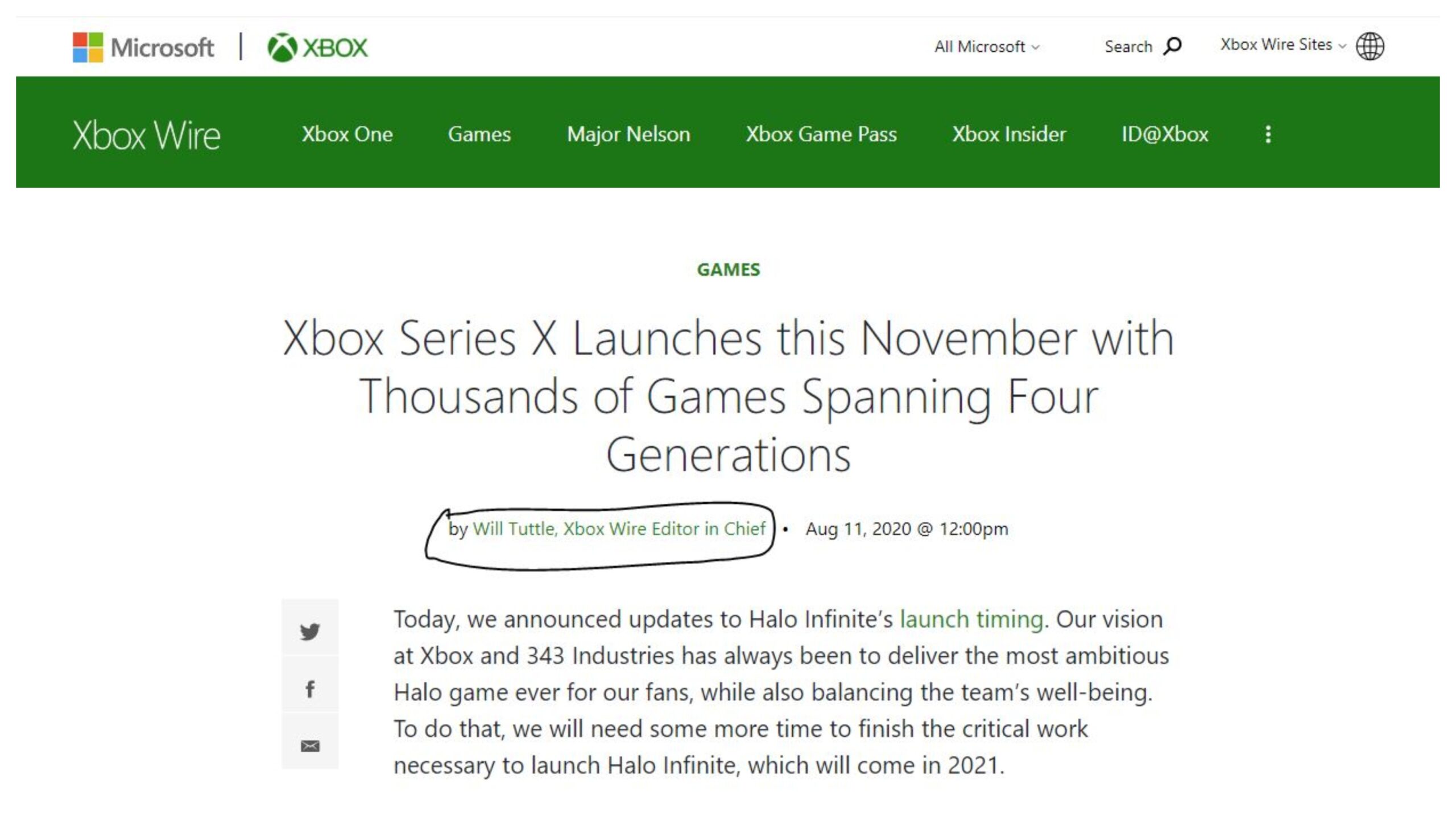 Xbox Series X is losing its most important launch title. However, Microsoft points out that “thousands” of games should already be available at the launch of the console. But these are almost exclusively Xbox 360 and Xbox One games that run on Series X. But this should hardly be the reason why most gamers are buying the next-generation console.

After all, by the fall, more than 100 games should be optimized for the next-generation console. This number includes, among others, new releases such as Assassin’s Creed Valhalla, Dirt 5 or Watch Dogs: Legion, as well as older games that need to be optimized for new hardware via a patch, such as Gears 5, Forza Horizon 4 or Ori and the Will of the Lights. These optimized titles run at up to 120fps, some at native 4K resolution, and the new console’s fast SSD should also dramatically reduce load times.