Lenovo today announced three of the first notebooks based on Intel Tiger Lake-U. It will take a while before sales start, but the specifications are exciting because the convertibles already offer Thunderbolt 4, a decent battery life, and more.

Lenovo today announced a whole range of new notebooks, in addition to the Yoga 6 and Yoga Slim 7 Pro based on AMD Ryzen 4000. There are also three new models that rely on Intel Tiger Lake-U, or like Lenovo. The chips are currently officially available still calls on “Next Generation Intel Core Processors”. If you believe past leaks, you can expect quad-core processors and a significantly faster Xe-GPU.

We already reported on the Lenovo Yoga Slim 7 Pro today, the Yoga Slim 7i Pro is basically the same notebook, only with an Intel Tiger Lake processor. But there are a few exciting differences. The 61 Wh battery should last 18 hours in this model – a full hour longer than the AMD variant.

The two USB-C ports in this model also support Thunderbolt 4, and Lenovo optionally offers an unspecified Nvidia GeForce MX graphics card with a TDP of 25 watts. It will be exciting to see whether the entry-level GPU is a real upgrade compared to the GPU built into Tiger Lake. 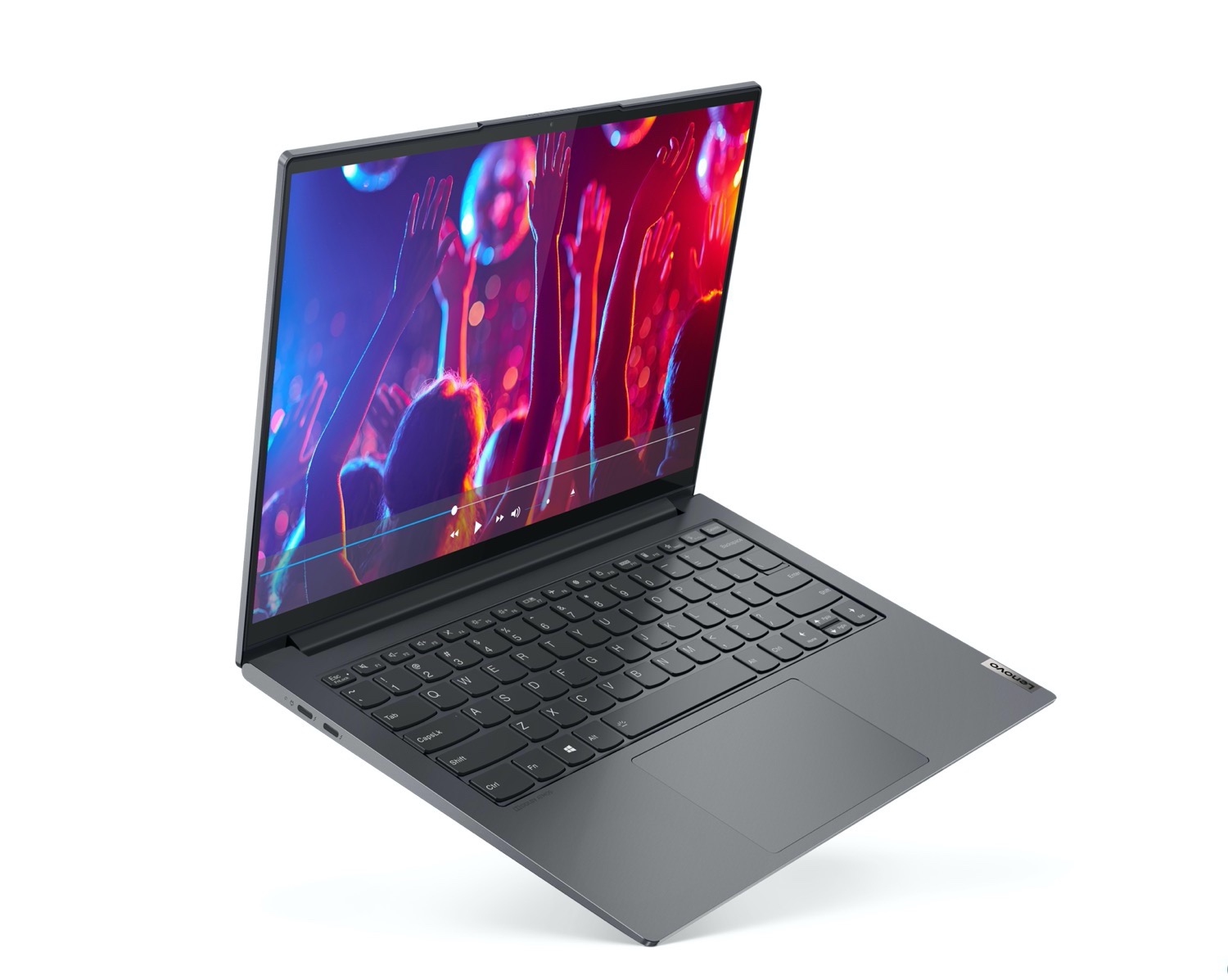 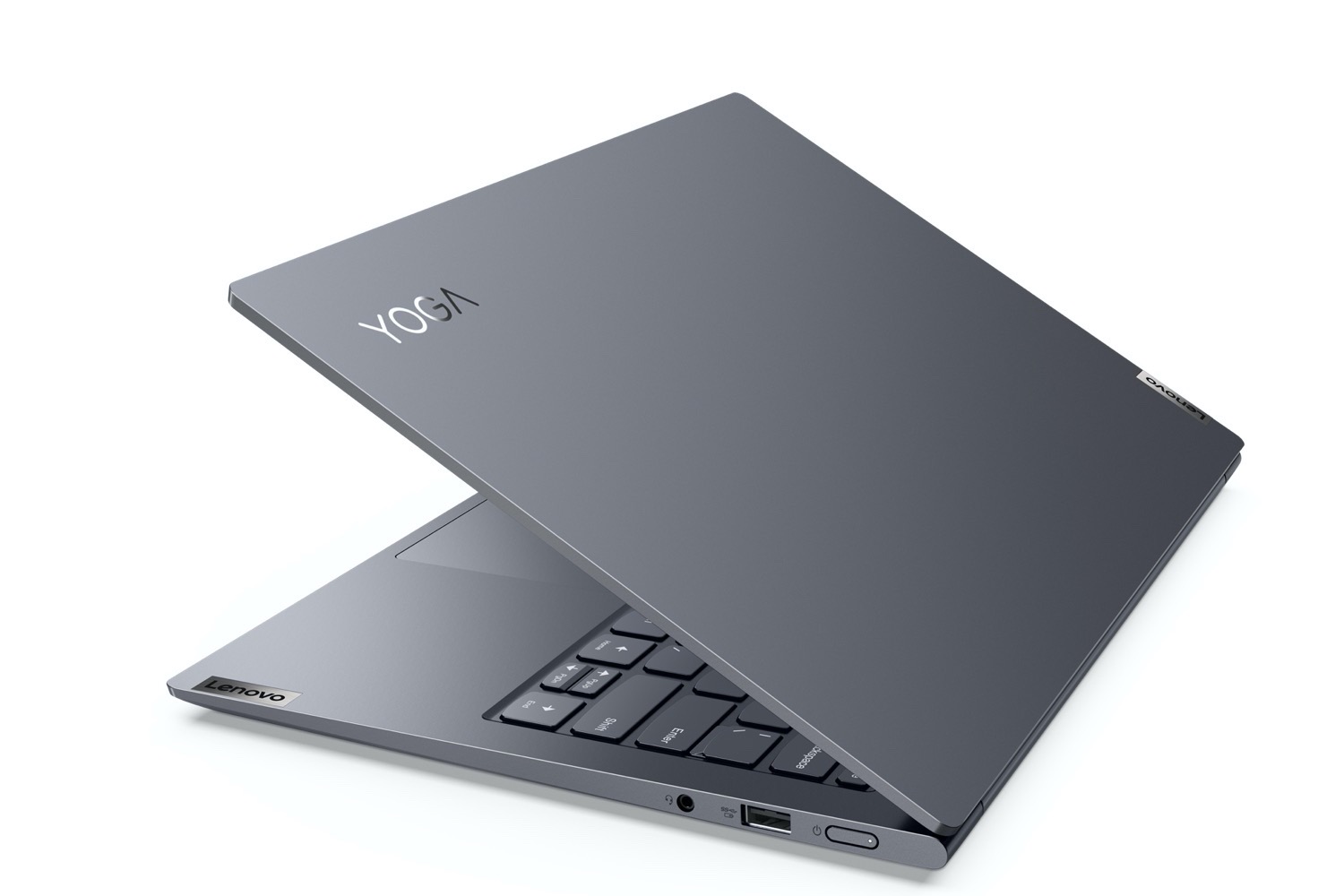 For the Yoga Slim 7i, Lenovo uses a 13.3-inch 16:10 display with a resolution of 2,560 x 1,600 pixels and a maximum brightness of 300 nits. As with all new 7i notebooks, an unspecified Intel Tiger Lake processor and the integrated Xe GPU work inside.

For this purpose, the manufacturer installs 8 to 16 GB LPDDR4x memory and a PCIe M.2 SSD with a capacity of 256 GB to 1 TB. An infrared camera enables face recognition via Windows Hello. The 2 x 2 watt Harman Kardon stereo speakers are supposed to provide a decent sound. 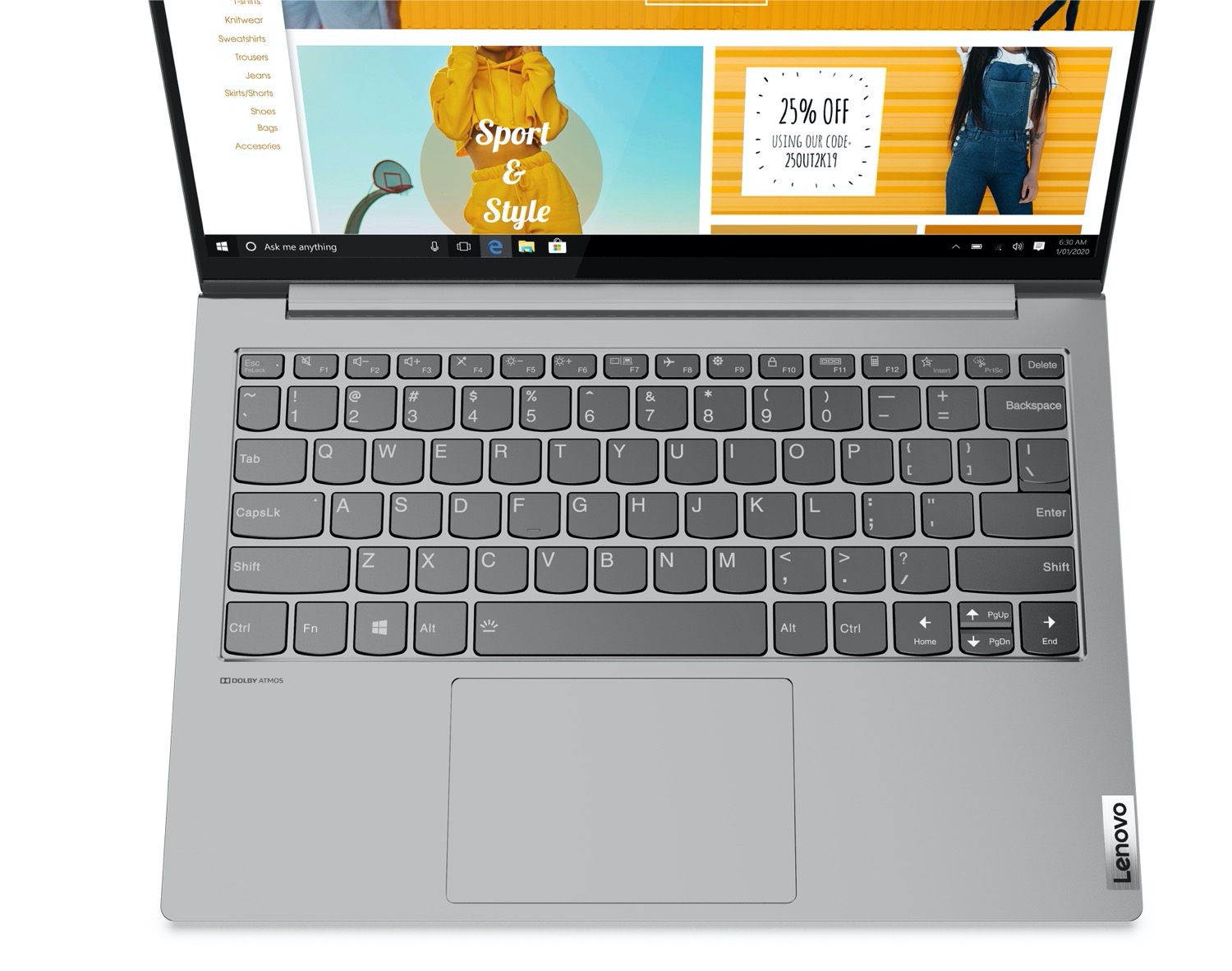 Lenovo takes the opportunity to equip the notebook with two Thunderbolt 4 ports (USB-C). Whereby the notebook has a third USB-C port without Thunderbolt capabilities and an AUX port. In addition to Wi-Fi 6 and Bluetooth 5.0 Naturally. The 14.9 millimeter thin, 1.23 kilogram light notebook is supposed to last for up to 16 hours on one charge. But Lenovo is silent about the capacity of the battery. 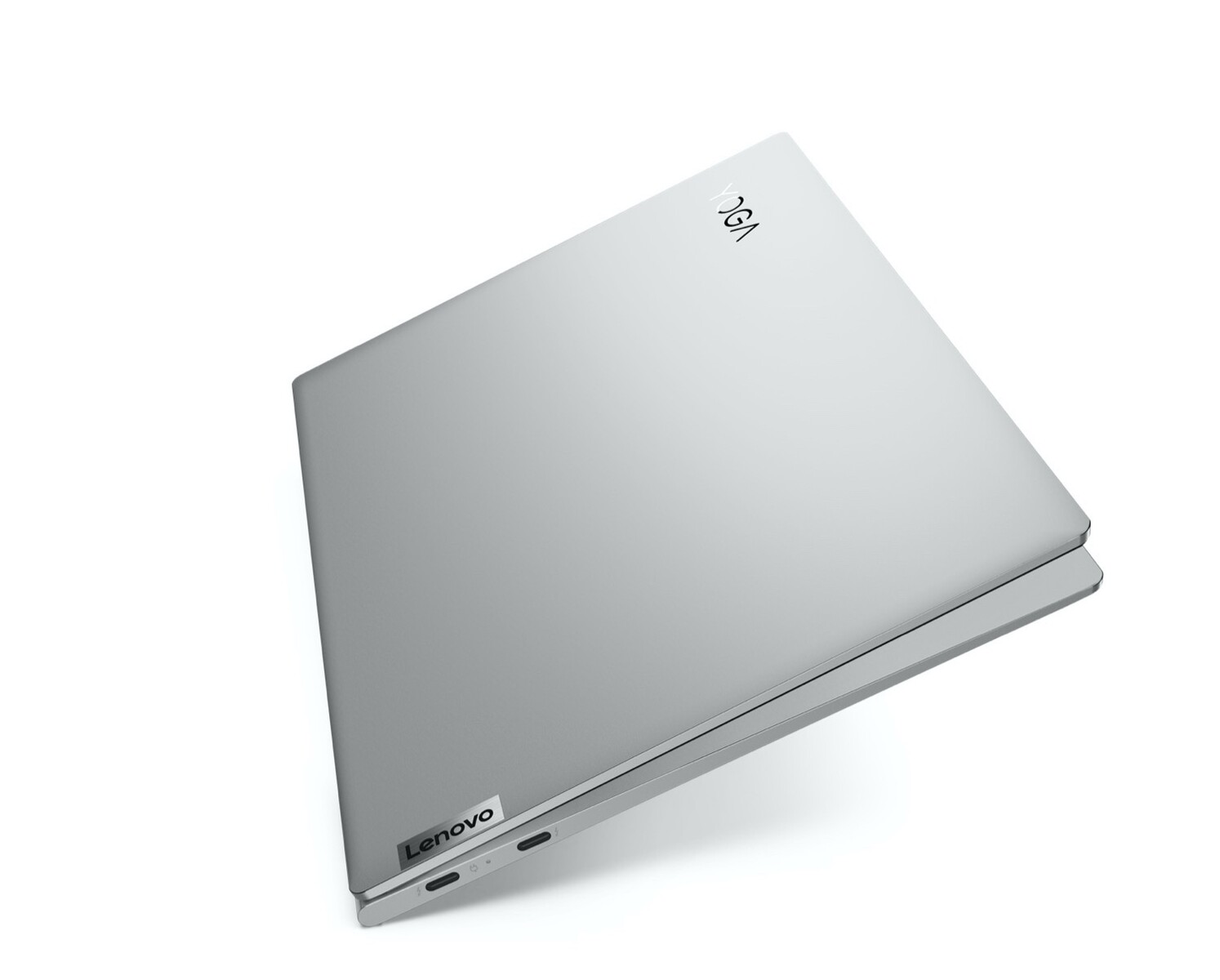 Lenovo Yoga 7i: Chic ultrabook with a few comfort features

The Yoga 7i is available with either a 14-inch or a 15.6-inch display. Both panels have a resolution of 1,920 x 1,080 pixels. But the larger display is around a third brighter with 400 nits and certified according to VESA DisplayHDR 400 and Dolby Vision.

However, Lenovo equips the convertible with some comfort features. Such as a fingerprint sensor, a privacy shutter for the webcam. It integrated microphones including support for Amazon Alexa, a color-coordinated, illuminated keyboard, and a 2 x 2 watt Dolby Atmos keyboard. Speaker system. 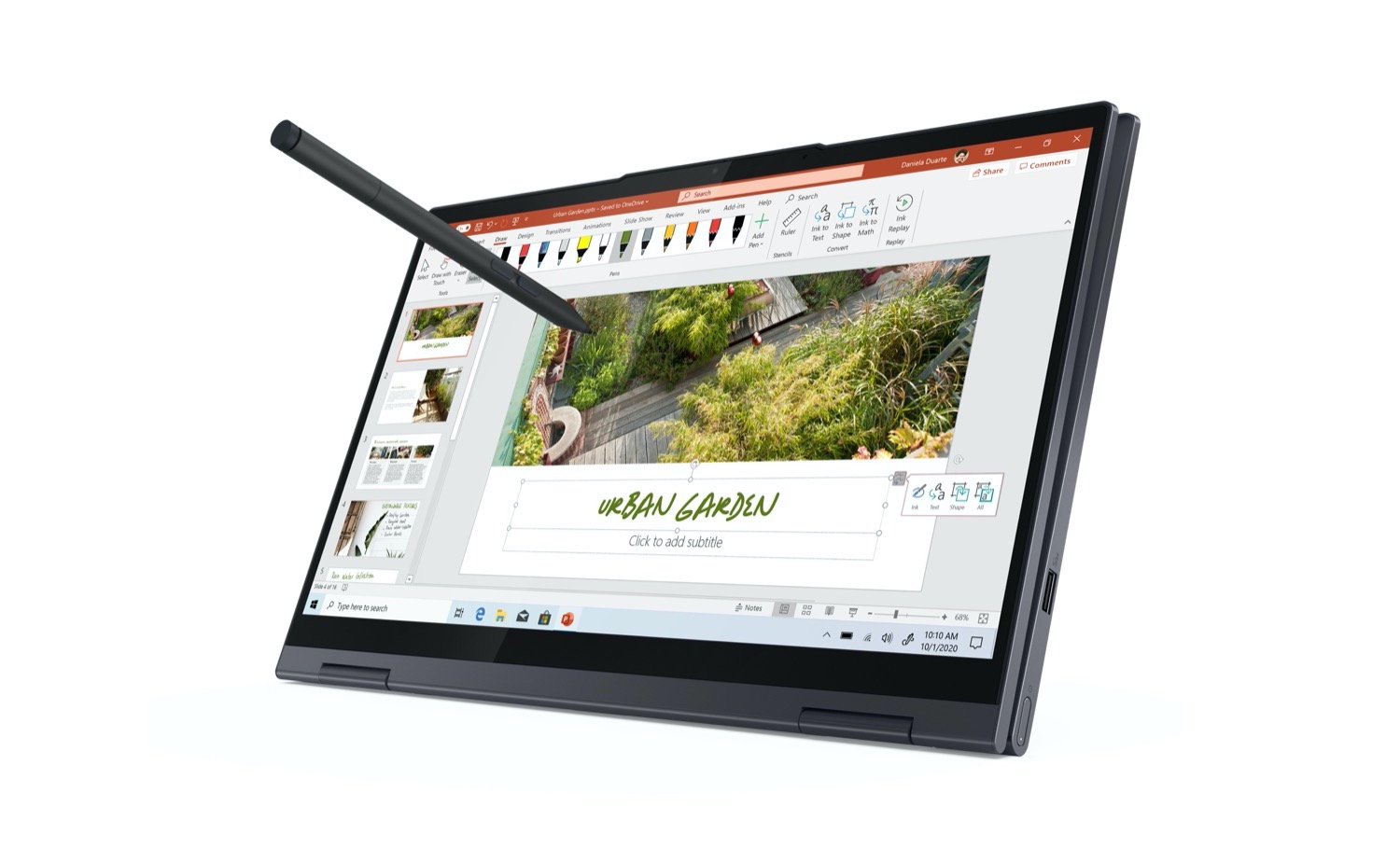 The Yoga Slim 7i is expected to hit the market in November for a recommended retail price from 799 euros. The Yoga 7i will also be delivered in Germany from November. The 14-inch model starts at 999 euros. The 15-inch model costs at least 1,099 euros.

The Asus Zenfone 7 is expected to hit the market for as little as 499 euros, a leaker announced.