Apple accidentally revealed the release date of the presentation and is expected to release its flagship iPhone series on this date. Readers of AppleInsider themed resources draw attention to “evidence.”

He noticed a “test” video used to broadcast the event on Apple’s official YouTube video service. The video was quickly removed from public access. But it was too late-the information spread through the Internet.

As shown in the screenshot, the broadcast was originally scheduled to start at 20:15 Moscow time on Thursday, September 10, 2020. 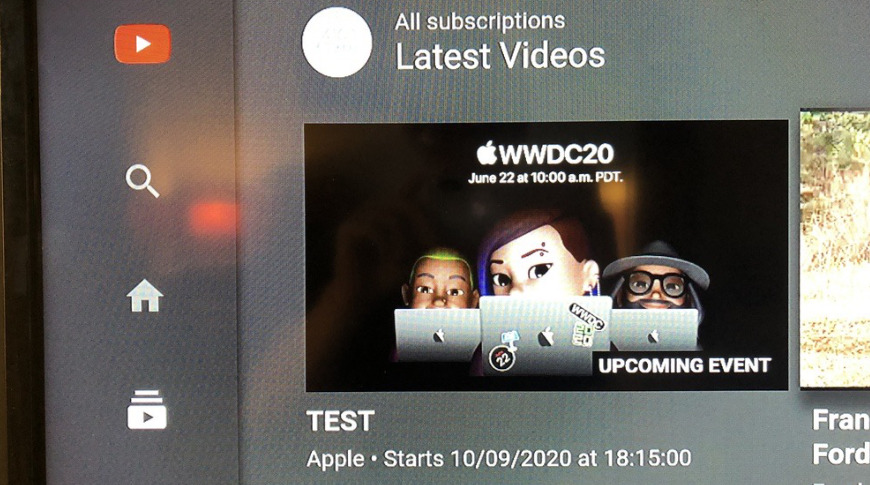 It should be noted that the day of the week and the start time of the presentation are not in line with Apple’s tradition. Apple usually makes an announcement at the beginning of the week and starts accepting reservations on Friday. In addition, the broadcast usually starts one hour before the presentation. All of this makes screenshots questionable and catches you off guard.

In addition, Apple has admitted that the iPhone 12 will be delayed. Recent leaks indicate that a demonstration may take place on October 12. At the same time, the release of the new smartwatch Apple Watch Series 6 and iPad may still be held in September.

The iPhone 12 will apparently be presented in September:

In a very untypical misstep for Apple, the company has apparently leaked the date for the presentation of the iPhone 12 itself. As seen in the screenshot by @WeiRdCroissant in the tweet embedded below, Apple has released a test Livestream on YouTube that was scheduled for September 10, 2020, at 10:15 a.m., presumably Pacific Daylight Time (PDT), which would be 19:15 Clock correspond to German time.

The stream should probably not be publicly visible, because only a few minutes later it was removed again. At first glance, the date seems quite plausible. Apple has held the September event between September 7th and September 12th for the past eight years, but always on a Tuesday or Wednesday, September 10th this year however a Thursday.

Apart from this small inconsistency, it seems to be a solid reference to the date of the next Apple event. Apple is likely to use the press conference, as usual, to present the next-generation iPhone, even if delivery will be delayed by a few weeks this year. The Apple Watch Series 6 presentation is also likely. While a Leaker’s alleged event plan also includes the launch of the 8th generation iPad, AirTags, and the AirPower charging mat.

Sony publishes the first TV commercial for the PlayStation 5