Compared to the PS4, the Sony PlayStation 5 not only offers significantly more power, but also exciting new features such as adaptive triggers and precise tactile feedback from the DualSense controller. Spider-Man Developers: Miles Morales, Horizon Forbidden West, and more show how these updates can improve the gameplay.

Just yesterday, we reported that Sony has released the first commercial for the PlayStation 5. The video has been officially published on the German-language PlayStation Blog. And Sony has given developers some of the most exciting games on the console the opportunity to comment on the new DualSense controller features.

First of all, the resistance of the so-called “adaptive trigger” can be changed as needed, and the updated tactile feedback allows for precise vibration control. To be able to try out these features right out of the box. Every PlayStation 5 comes with Astro’s Playroom – although this is mostly a slightly more detailed technical demo, as shown in the trailer below, the title might offer a bit of variety.

But larger games will also use new features. In Spider-Man: Miles Morales, for example, the player must feel through tactile feedback which direction the attack is coming from; in the event of a Venom attack, Sucker Punch allows the player to feel the energy flow from left to right and combine in the process. Horizon Forbidden West uses adaptive triggers to make various weapons unique. While Insomniac Games in Ratched & Clank: Rift Apart goes into a bit more detail:

The adaptive triggers are something we [in Ratchet & Clank: Rift Apart] are proud to present! For example, the enforcer is a double-barreled shotgun type weapon. If you pull the trigger, you will fire from a barrel, and resistance will be felt about halfway down the trigger path. Do you need a bigger bang? Then pull the trigger past that point of resistance and both barrels will fire at the same time. 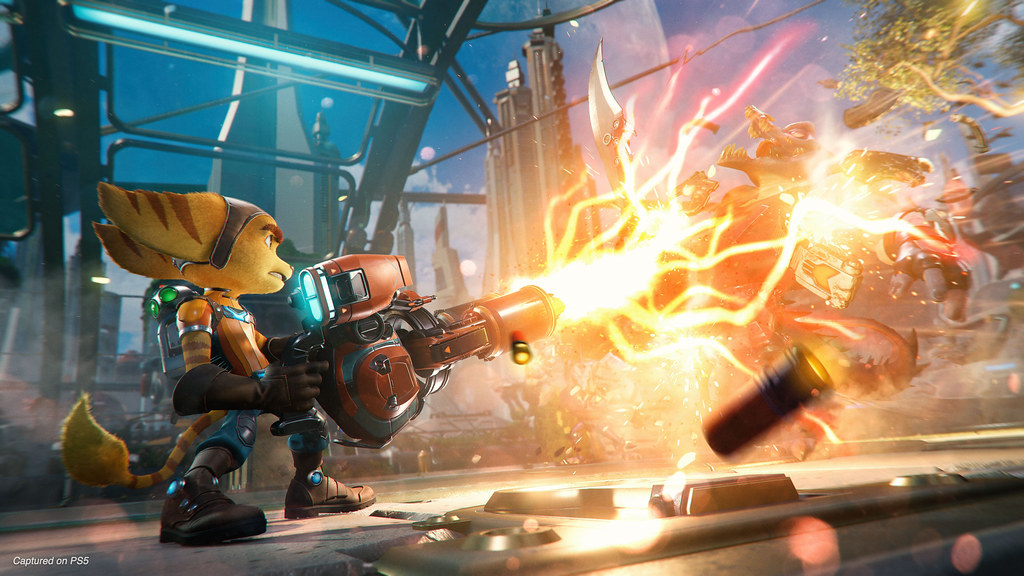 In Gran Turismo 7, brake pedal resistance has to be simulated when ABS is activated, in Deathloop, on the other hand, the player is notified that their weapon is jammed even before the animation plays. … Kenji Kimura, director of Ghostwire: Tokyo, on the other hand, says that the DualSense controller can vibrate not only more accurately, but significantly more than the DualShock 4, so this should be implemented in the game:

The haptic feedback enables us to use a much broader spectrum compared to the vibration function of previous generations, starting with a very strong vibration, which is much more powerful than before, to very, very light vibrations. In this way we can offer players very detailed, “structured” gradations. Because of this, our approach is different – it’s no longer a temporary or steady vibration level. But we can fine-tune the feedback as we play.

Overall, the developers seem to have many different use cases planned for the unique capabilities of the DualSense controller. Now we can only hope that they will be convincingly implemented in the future and will not be forgotten just a few months after launch, as was the case with “HD Rumble” on Nintendo Switch (about 329 euros on Amazon).

READ ALSO:   A leak reveals the alleged prices of the next-gen consoles, the Xbox Series X and S to counter the two PlayStation 5 consoles

Sony publishes the first TV commercial for the PlayStation 5