In its latest forecast, Canalys assumes that nearly 280 million 5G smartphone will be shipped worldwide in 2020, of which the Greater China region alone will account for 62%, followed by North America and the EMEA economic region. It is estimated that the total sales of smartphones in 2020 will drop by 10.7% from 2019.

Ben Stanton, a senior analyst at Canalys, said that smartphone shipments in many markets around the world are picking up rapidly before the overall economy and retail industry recover. Canalys believes that the rapid commercialization of 5G smartphones in mainland China is a decisive factor in the substantial increase in sales of 5G smartphones this year. 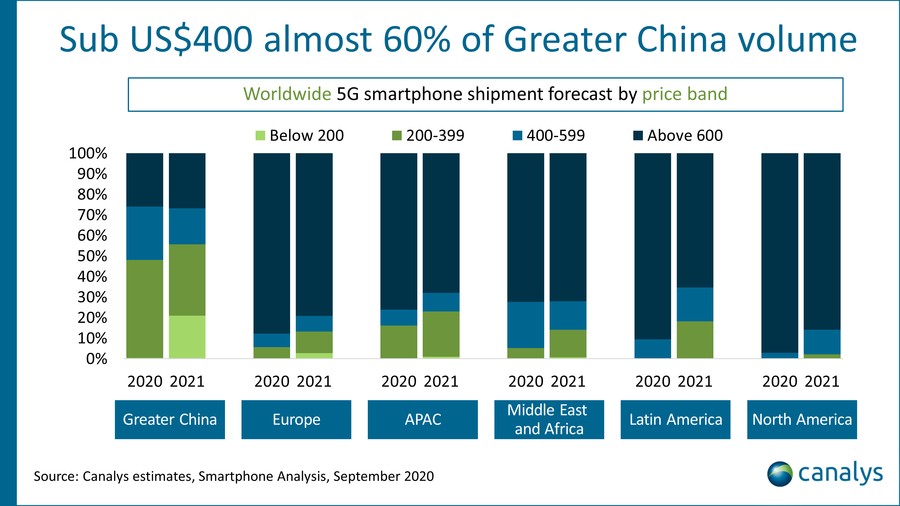 Smartphones like Realme V3 are among the first 5G phones launched in China with a price of fewer than 125 euros (999 RMB) and have a ripple effect in Southeast Asia, EMEA, and even Latin America and other regions. Even if the 5G infrastructure is not yet mature in many markets, Chinese providers will push this affordable 5G smartphone to other countries.

Canalys predicts that by 2021, nearly 60% of China’s 5G smartphone shipments will cost less than US$400, and China’s 5G penetration rate will reach 83% in the next five months. In Europe, 5G devices such as Motorola Moto G 5G Plus and Xiaomi Mi 10 Lite 5G have been sold at quite aggressive prices. Canalys believes that due to the continued deterioration of the delivery situation due to the US embargo, Huawei’s dilemma will come. Other brands such as Xiaomi, Oppo, and TCL should also fill this gap.

This year, the “5G” theme is still a hot topic-not only in the smartphone market. The fierce competition for 5G market share is unfolding among all global players, which has already swept all industry branches and even governments. Current trend analysis ranks mobile phone manufacturers as the top five.

In the lucrative 5G market, the struggle for market share has become more intense in all industries and markets. Competitive pressure in the 5G field has not only increased among smartphone manufacturers. Technology, network and infrastructure providers, and governments do not want to miss 5G.

According to TrendForce’s latest analysis, the Chinese government’s 5G commercialization efforts are particularly active. China ranks first in the global rankings with the highest deployment rate of 5G base stations and network coverage. According to TrendForce’s data, by the first half of 2020, Chinese brands that are ahead of competitors in terms of 5G strategy account for 75% of the global 5G smartphone market. 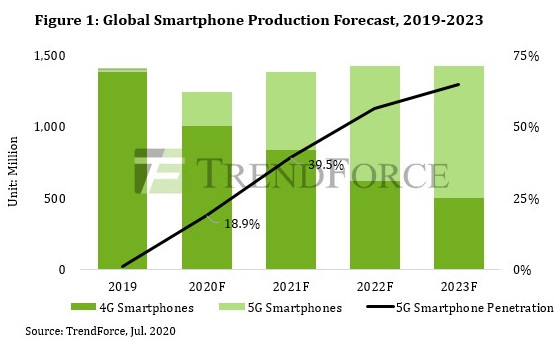 Although there have been many problems under the influence of US sanctions, Huawei still ranks first in TrendForce’s 5G mobile phone rankings. Analysts believe that Huawei will produce about 74 million 5G smartphones this year. Apple’s 70 million Samsung is far behind 29 million 5G phones, followed by Vivo, Oppo (OnePlus, Oppo and Realme), and Xiaomi tied for fourth.

Developers and experts have concerns about the Xbox Series S performance