Microsoft has officially announced that it is no longer a bidder for the purchase of the social network TikTok in the United States – its offer was rejected by ByteDance, the owner of TikTok. In its announcement, Microsoft notes that it has made “major changes to ensure that the service meets the highest standards of security, privacy, online security, and anti-false information.” ByteDance itself does not disclose the reasons for the refusal, but rumors that the deal between it and Microsoft will still not take place have been circulating in the Chinese media for several weeks. 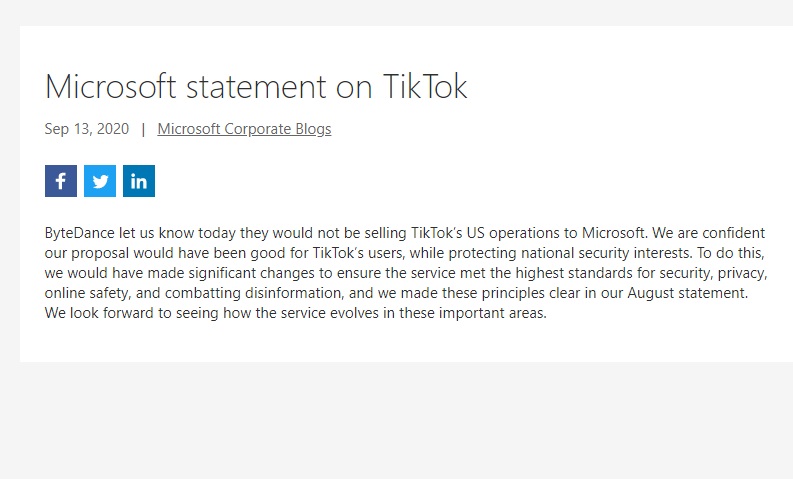 Now, Oracle is the main contender for buying TikTok. ByteDance still has time to think: US President Donald Trump has given time for the sale of the American part of TikTok until November 12.

News from Taskboot September 14 Microsoft stated that ByteDance informed us today that they will not sell TikTok’s US business to Microsoft. We believe that our suggestions are good for TikTok users and also protect national security interests. To do this, we will make major changes to ensure that the service meets the highest standards of safety, privacy, online security, and combating false information, and we made these principles clear in our August statement. We look forward to seeing the development of this service in these important areas.

PlayStation 5: Scope of delivery of the new Sony console leaked