According to the Liberty Times report today, Chinese media “Life Times” posted a post on Weibo on the evening of the 6th. The reporter alleged that Li Wenliang had died of disease at 9:30 in the evening due to infection with the new coronavirus in 2019. “Surge News” reported more than 11 o’clock at night on the 6th, according to a reporter from “China News.com” Dr Li Wenliang’s colleague, Dr Zhou, confirmed that the hospital intubated Li Wenliang at night and was still in operation. 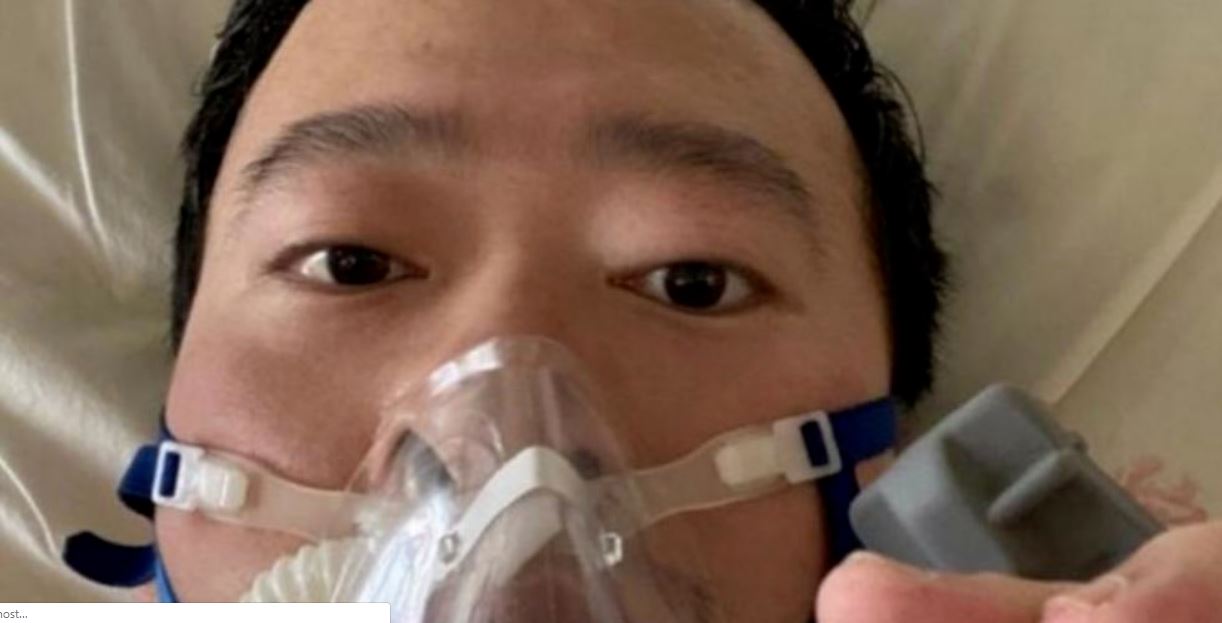 According to Liberty Times today, Li Wenliang, a 34-year-old ophthalmologist at Wuhan Central Hospital and a “whistleblower” of pneumonia in Wuhan, China, died of an unfortunate illness on the 6th. Wuhan Central Hospital specially posted a message on the official Weibo at 0:38 on the 7th, emphasizing that Li Wenliang was in critical condition and the hospital founder was doing his best to rescue him.

Chinese media “Life Times” posted a post on Weibo on the evening of the 6th. The reporter alleged that Li Wenliang had died of disease at 9:30 in the evening due to infection with the new coronavirus in 2019.

“Surge News” reported more than 11 o’clock at night on the 6th, according to a reporter from “China News.com” Dr Li Wenliang’s colleague, Dr Zhou, confirmed that the hospital intubated Li Wenliang at night and was still in operation, but the hospital had not announced the death.

The report said, but “China News” “China News Weekly” Weibo late at night on the 6th alleged that Li Wenliang was critically ill and is still in the intensive care unit rescue. The media posted on Weibo, quoting a doctor at Wuhan Union Medical College, stating that Li Wenliang had stopped heartbeat at 9:30 in the evening, but used Ye Kemian for rescue.

The report said that Li Wenliang was an ophthalmologist at Wuhan Central Hospital. On December 30 last year, he posted a message in the classmate group saying that he saw a patient test report and detected SARS coronavirus high confidence positive indicators.

There were 7 Suspected patients, remind students to pay attention to protection. After the message was circulated on Weibo, the Public Security Bureau found him on January 3 this year and pointed out that he issued “false statements”, raised warnings, criticized, and demanded the signing of a cautionary statement. 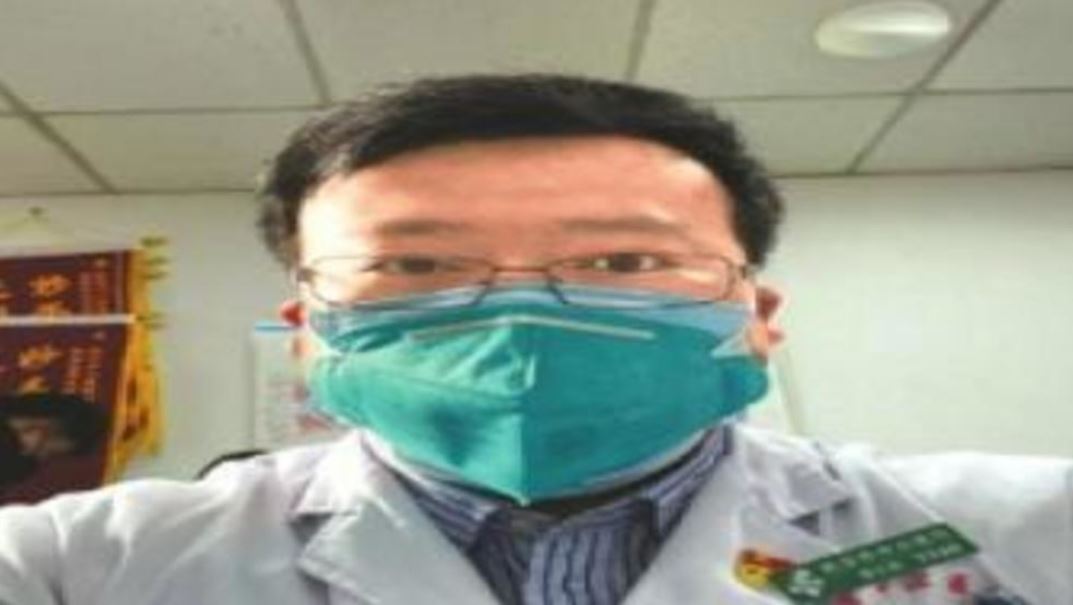 Li Wenliang later continued to see the doctor. After receiving Wuhan pneumonia patients, he started to have cough symptoms on January 10, had a fever on the 11th, and was hospitalized on the 12th.

At that time, he questioned why the official report “said that no one was passed on and no medical staff infection”. He came to the intensive care unit and was diagnosed with the new coronavirus after several tests. He announced the diagnosis on his Weibo on the 1st of this month.

The report said that after the news of Li Wenliang’s rescue was circulated, Chinese netizens have posted messages on Weibo to mourn, “The state owes him a solemn apology !!”,

Li Wenliang “When will he be fair?”

Many Weibo netizens It was also found that the Communist Party ’s global media ’s post about Li Wenliang ’s death had been deleted, Weibo was also suspected of reducing the search for the incident, and the message area was also “harmonious”. Netizens questioned the authorities ’intention to suppress the matter.

World Daily reported today that according to Sina Weibo, the first whistleblower of the new type of coronary pneumonia (2019-nCoV, commonly known as Wuhan pneumonia)-34-year-old Wuhan ophthalmologist Li Wenliang, passed away, and he was the first to issue a warning to the world.

A pregnant wife and a 5-year-old child, but the official Weibo of Wuhan Central Hospital in China said at 12:38 on the 7th night (11:38 AM EST) that Li Wenliang was critically ill and had been fitted with Ye Ke film. Rescue in full force.

Many Chinese netizens saw the news of Li Wenliang’s death on the Internet, expressed regret, and scolded the CCP’s system and attitude towards the epidemic.

The report quoted online news that Li Wenliang was critically ill in the evening on the 6th, and at 00:00 on the 7th, Li stopped heartbeat for more than three hours.

Li Wenliang’s death provokes public wailing. People’s Daily people mourn that the death we hurt you is not a rumour. WeChat and other sensitive articles have been cut.

According to Weiwei News today, on February 6, Beijing time, Li Wenliang, a doctor at the Wuhan Central Hospital, died of an ineffective rescue due to a new type of pneumonia. The name Li Wenliang appeared in public view for less than a month.

On December 30, 2019, Li Wenliang mentioned in his classmates that “7 cases of SARS were confirmed in the South China Fruit and Seafood Market” and “the latest news is that the coronavirus infection has been confirmed and the virus is being typed”.

The news that Li Wenliang was diagnosed is not a self-certification of Li Wenliang’s identity as a whistler. According to the media’s eulogy from the People’s Daily, it is said that our anger at your warning was treated as a rumour, and our death that hurt you was not a rumour… WeChat and other Chinese media messages have been severely depleted in time.

According to the online news, on February 6, Beijing time, due to a new type of pneumonia, doctor Li Wenliang of Wuhan Central Hospital died. The name Li Wenliang appeared in public view for less than a month. On December 30, 2019, Li Wenliang mentioned in his classmates that “7 cases of SARS were confirmed in the South China Fruit and Seafood Market” and “the latest news is that the coronavirus infection has been confirmed and the virus is being typed”.

After investigation and verification by the public security organs, eight illegal personnel were summoned and handled according to law. Two days later, Li Wenliang received a cautionary statement from the police. The police determined that the statement of “7 SARS cases confirmed in the South China fruit and seafood market” was not true.

On January 12, Li Wenliang received isolation and treatment in the monitoring unit of the Department of Respiratory and Critical Care Medicine, Wuhan Central Hospital due to fever and cough. Until February 1, 2020, Li Wenliang announced the confirmed infection on his personal Weibo. “Today’s nucleic acid test result is positive, the dust has settled, and the diagnosis is finally confirmed.”

The news of this diagnosis is not a self-confirmation of Li Wenliang’s identity as a whistler.

But now he has died, and there is also a wife who is unfortunately infected and a child who has not yet been born.

“I have finished that good battle, I have done the way I should do, and I have kept the way to be kept. From now on, a crown of righteousness will be kept for you.”

Gomorrah is not worthy of the righteous.

The article said that bye-bye heroes, those who have paid for everyone, have been frozen in the wind and rain.

China WeChat’s crazy pass turns to be the tears of the president of the People’s Daily Shanghai Branch, Hong Bing: We are angry at your warnings as rumours, and we hurt you because your death was not a rumour… you never missed the rumour, but Forced to “repent” for “rumour making”. Now, because you do n’t believe in your “whistle”, your country stops, your heart stops… What a heavy price can it make you and your whistle loud and clear through the east.

According to a message from a netizen based in Literature City in the United States, nip commented, “Who gives rights?” Constitution! Indeed, he didn’t have any authority from his superiors. He took the risk of “making rumours” in the spirit of “hanging pots to save the world” and issued warnings to his people in his professional field. This is a hero! He may be a little disappointed in this world, who plays “ridiculous jokes” only after the higher authority authorizes it to disclose information. If that’s the case, then don’t worry, people with conscience outside this city will remember you and thank you. Your name, like the other heroes of this nation, will be remembered in history and will never die!

The self-proclaimed Seattle Municipal Party Secretary commented that the modern apostle Paul of RIP, I have finished the good battle, I have done the way I should do, and I have kept the way of keeping. Since then, a crown of justice has been preserved for you.

A small comment commented that I had finished the good battle. . . Weep in tears! !! !! RIP, heaven has your place.

Worley commented on 2020-02-06 08:54:26
Xi Jinping and other officials who concealed the outbreak should be tried. The CCP’s dictatorship concealed the epidemic and missed the prime time to control the epidemic. It also said that “there will be no human-to-human transmission, but it can be prevented and controlled.”

According to what to do if the bark of the tree does not comment, a country allows only one voice, which is a kind of sorrow. It can also lead to disaster. A very ordinary citizen who exercises the right to freedom of expression protected by the Constitution, and a goodwill reminder on the WeChat of a very ordinary professional, maybe suppressed and held criminally responsible for being sent out to “obstruct social order”, “make rumours”, and “provoke trouble”. The “sacred” constitution with “the highest legal effect” went to the police station and became waste paper.

A killer commented and forwarded the tears of President Hongbing of People’s Daily Shanghai Branch:

We are angry that your warning is treated as a rumour, and our death that hurts you is not a rumour… You have never been missed by the rumour, but have been forced to “repent” because of “making a rumour.” Now, because you do n’t believe in your “whistle”, your country is shut down, your heart is stopped … What is the heavy price that can make you and your whistle bright and penetrate the East?

The Lord of the Empty City commented that Duowei, the mouthpiece of the Communist Party, also rebelled. Because developments are getting more appalling. Good article!

According to Uncle Li’s comment, his wife and children must be protected, and it is best to be sent to Beijing and Shanghai, where conditions are better, for treatment.

Leave a comment, according to eachnet88. Poisoning is also a probation bill. Five million fled without being infected. The nine million left immediately infected the million. I have never believed in another large-scale poisoning. As soon as they see that they want to send medicine, they should register first to prevent people from sending medicine. Man-made disaster from beginning to end. Wuhan Institute of Virology.

According to Yoneyama’s comment, it is a pity that such a talented doctor was born in an undemocratic country. Condolences to the family.

Thai Silly commented that Comrade Wen Liang has been vindicated by the party and the government in time, and hostile elements at home and abroad should not take the opportunity to make waves.