According to the Saudi Foreign Ministry, they have cancelled visas for all visitors who come to pay for Umrah. Saudi Arabia has also banned tourist visas from citizens of countries affected by the Coronavirus.

Due to the coronavirus Outbreak in some countries. The Saudi government has temporarily banned entry into the country.

The Saudi Ministry of Foreign Affairs said on Twitter on Thursday that access to the Nabwe Mosque in Umra and Medina has been temporarily banned to protect the people. Saudi Arabia has also banned tourist visas from citizens of countries affected by the Coronavirus 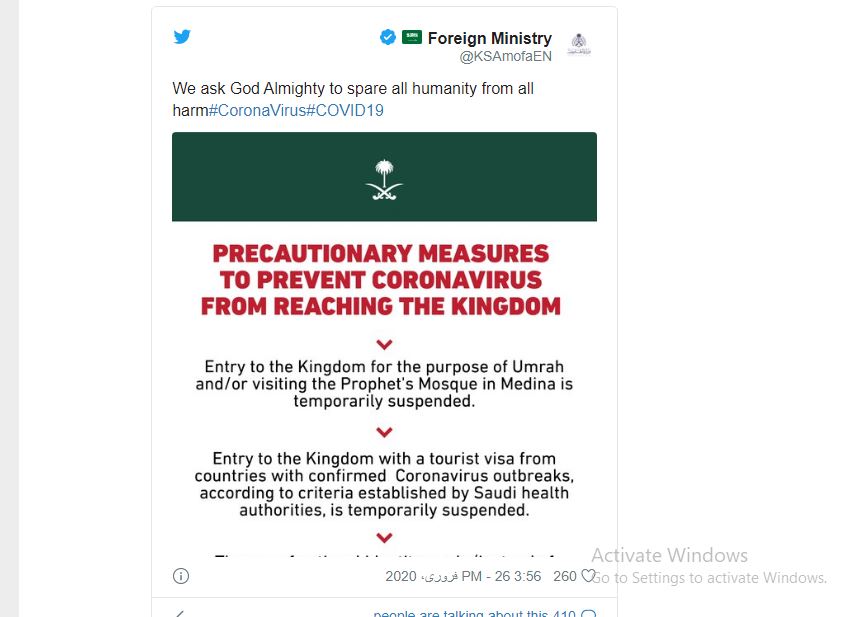 Saudi authorities say the decision is temporary and is based on preventive measures by health agencies.

It has also been said that citizens of countries infected with Covd 19 will not be allowed to enter Saudi Arabia through tourist visas.

The Saudi Foreign Ministry has urged its citizens not to visit countries where the coronavirus is spreading.

However, officials have made it clear that the move is temporary and will be reviewed by the relevant agencies. The statement said that these measures were taken on the advice of health agencies, so caution should be exercised.

On the other hand, the relevant authorities also decided that Saudi citizens are currently not allowed to use national ID cards instead of passports to visit or return to neighbouring countries. 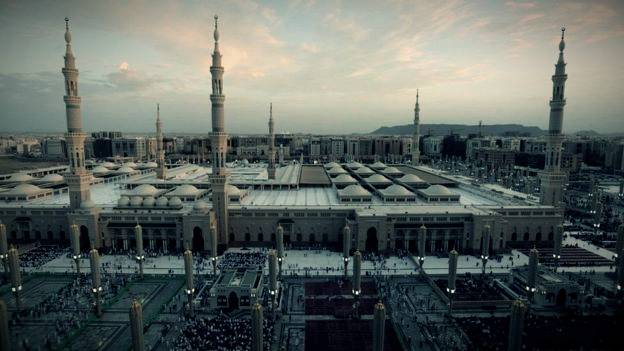 Keep in mind that Cov19 Coronavirus disease has spread to 38 countries so far. Many early cases have been linked to the market for animal meat found in Wuhan, China.

READ ALSO:   New coronavirus identity set! Turned out to be it

More than 78,000 people and killed 2,700 people due to coronavirus infection so far. The World Health Organization says that new cases of Coronavirus are transmitted from China every day.

It’s no surprise that Saudi Arabia’s decision to temporarily ban other religious shrines, including paying Umrah fees to foreign nationals. The temporarily banned is a lesson learned from what led to the Coronavirus in Iran.

In Oman, most cases of coronavirus reported in neighbouring countries. Such as Kuwait and Bahrain have been linked to travellers who travel to Iran for religious pilgrimages.

Saudi Arabia imposed the ban on Muslims 60 days before the start of Ramadan. This is the second busiest time to visit Saudi Arabia, during which millions of tourists have visited Mecca.

Authorities have also decided not to allow travellers from non-religious purposes to come from a country infected with a coronavirus.

The decision comes as the Saudi government tries to relax visa requirements and attract more tourists to the health department. Saudi authorities plan to make tourism account for 10% of the country’s GDP by 2030.

The domestic economy is already under pressure due to rising oil prices and falling demand. Saudi Arabia is China’s largest oil seller.

How is the Coronavirus being prevented in Pakistan?