Bill Gates can’t sit still:  According to Johns Hopkins University data, there were 82,404 coronaviruses confirmed cases and 1,178 deaths in the United States. The United States has become the country with the highest number of new pneumonia diagnoses.

It is reported that starting from March 23, the new daily cases in the United States have exceeded 10,000. US President Trump said at a press conference on the 26th that the increase in the number of confirmed diagnoses is due to improved testing efficiency. 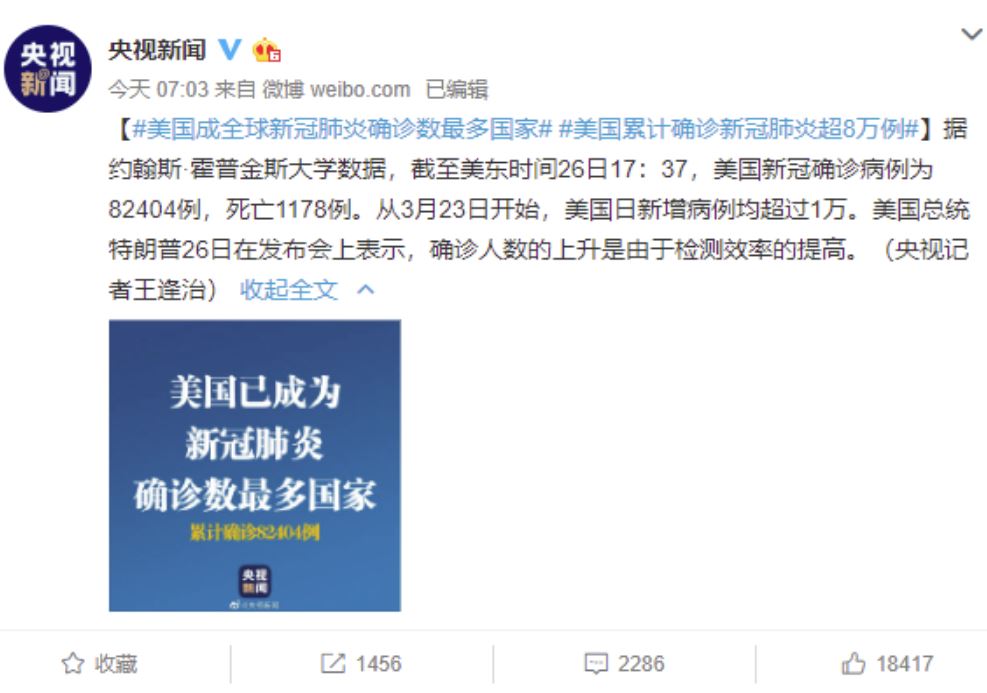 According to domestic media reports, Bill Gates asked the US to study China in a CNN television program on the evening of the 26th.

“Basically, the whole country will have to take steps before the infection cases in China.” He criticized America’s slow and disastrous reaction to the new Coronavirus outbreak.

In response to the current outbreak situation, it would be “unrealistic” to resume normal life, work or social gatherings in April, the show said.

He said that the United States should take drastic blockade measures to prevent the virus from spreading further infections and deaths. 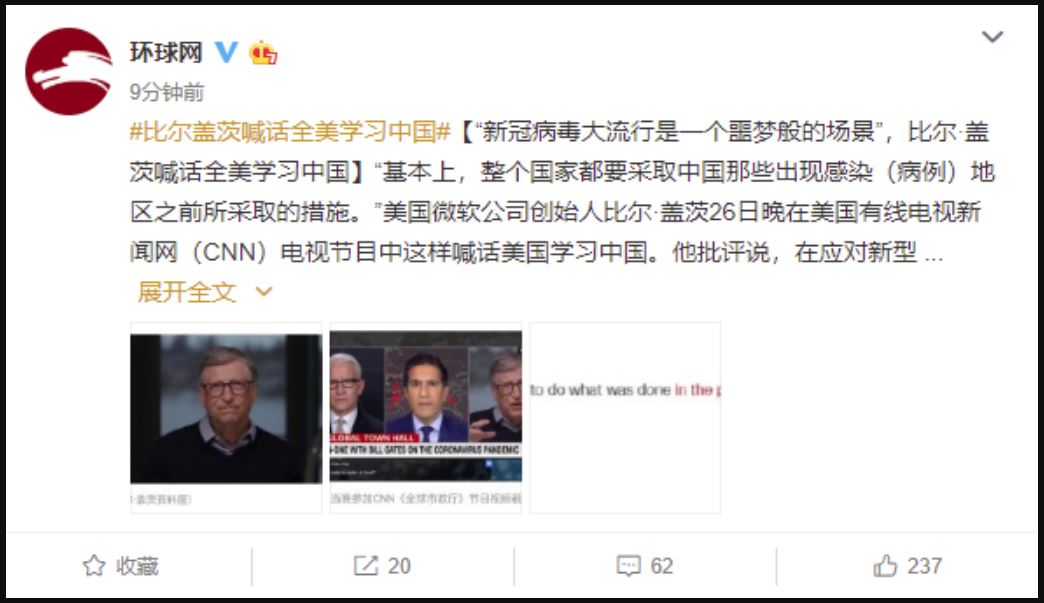 On March 24, Bill Gates stated on the TED Connects show that the United States has lost the opportunity to control the new crown epidemic without a blockade.

He believes that when Wuhan “closes the city”, the United States should also take immediate measures to the blockade, which will be avoided for several weeks.

Bill Gates, an alumnus of Microsoft’s board of directors. He participated in Reddit’s “Answer Questions and Answers” (AMA) event. Which featured the Reddit community’s new Coronavirus epidemic. The government’s response, and the world. And other problems 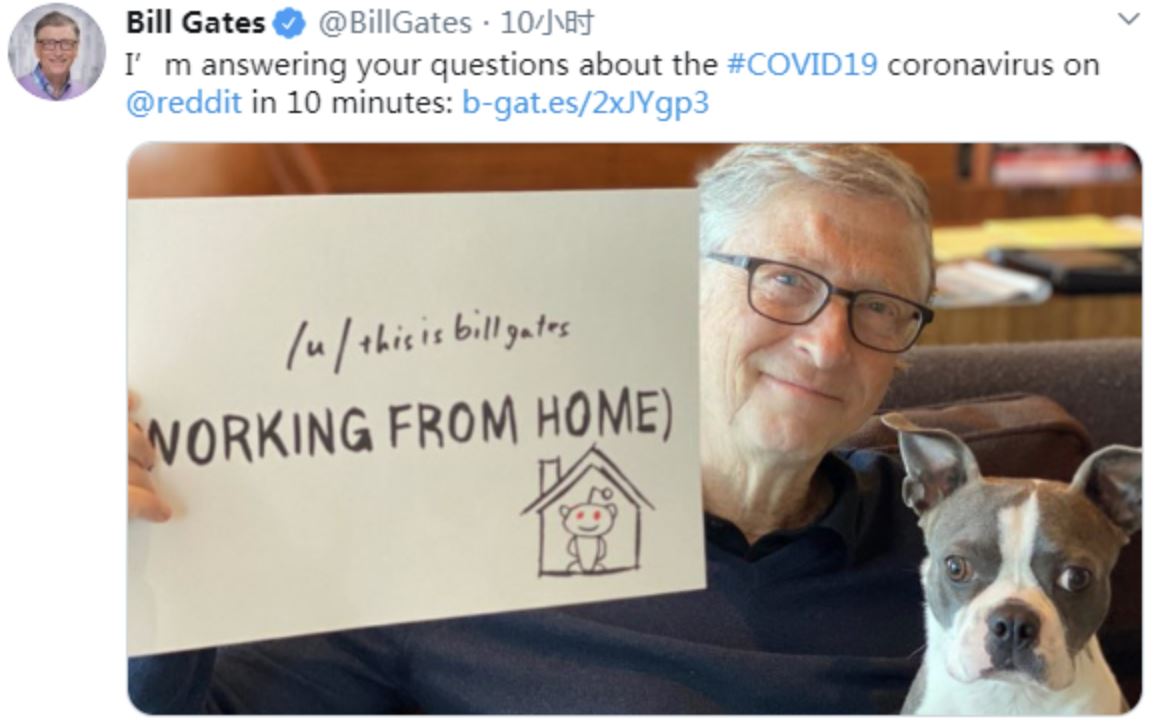 Some netizens asked, “Why did Bill drop out of his position before the ‘Chinese virus’ got worse?” The “Chinese virus” argument comes from Trump.

Gates responded in two ways: “We shouldn’t call it a” Chinese virus. ”

Gates said my retirement from the board has nothing to do with this epidemic, but that illness made me focus more on the work of the Foundation, which includes work to help cope with the outbreak. 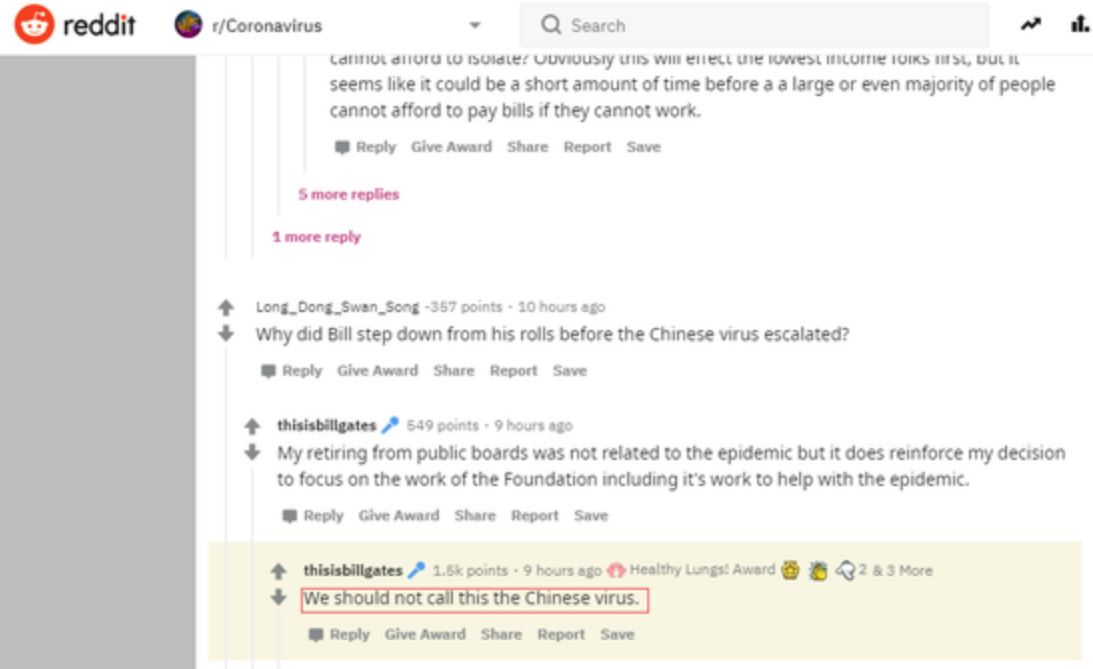 Gates also acknowledged China’s involvement in the detection of the virus. “The Chinese experience is one of the most important data we have received. They have taken effective blockade measures. And have reduced the number of cases. They are being extensively tested and they have been extensively linked to infection.

He believes that virus detection in the United States is still in an unstructured stage, and that detection may prove key to the elimination of the New Testament virus.