Recently, users of Huawei P40 and Huawei P40 Pro smartphones have begun to complain that flagship camera phones are usually unable to focus on the subject and the resulting images are often blurred.

Bruce Lee, head of Huawei’s mobile division, clarified the situation and communicated with users of the social network Weibo. It turns out that the problem lies in the unofficial protective case for Huawei P40 and Huawei P40 Pro, which protect the key camera components. 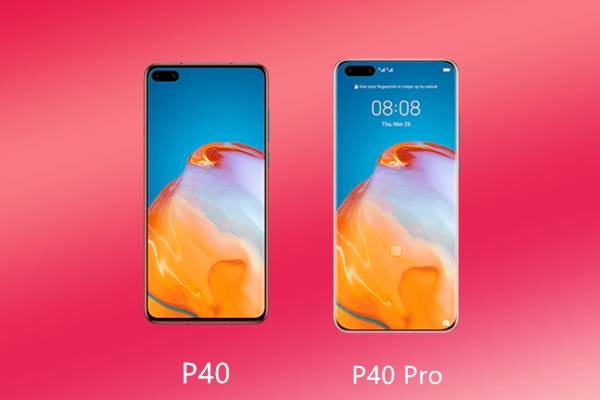 Recall that the Huawei P40 does not have a ToF time-of-flight camera like the Huawei P40 Pro. But the younger model is equipped with a laser guidance system. For these two smartphones, some unofficial protective covers cover these elements, leaving only the main camera and flash module with cutouts.

Bruce Lee added that in order for smartphones to work properly. It is best to use official protective sleeves. And advise users to turn to manufacturers of unofficial accessories in order to make better recommendations for “writing off operations.” 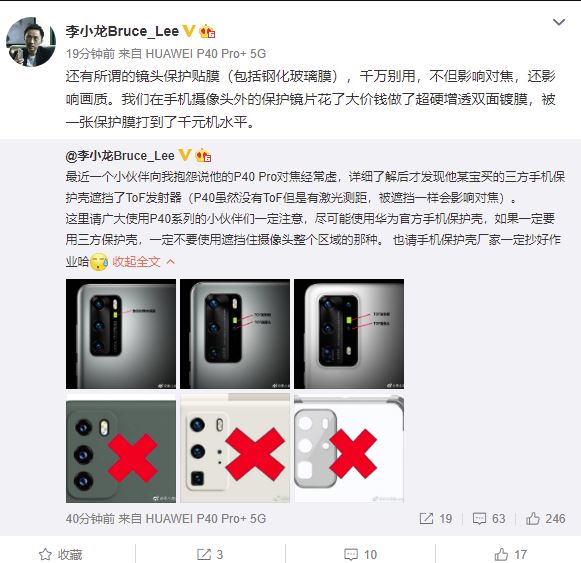 Huawei also does not recommend using a protective film on the main camera, otherwise, it will cause similar problems.

The Huawei P40 series is the current camera standard in the field of mobile phones. However, if you do not pay attention to the details of using some accessories. This can lead to the fact that it will return to the level of the car at  141 dollar

Today at noon, Bruce Lee, the father of the Mate and Huawei mobile phones. He talked about embarrassing some users when interacting with network users.

It turned out that some users complained that the focus of the P40 Pro was often false. After a detailed understanding. Huawei discovered that it was a three-sided protective case in which a consumer bought from a treasure blocked the ToF transmitter (the P40 does not have ToF. But has laser ranging and is blocked. This will affect focus).

Bruce Lee emphasized the exact location of the P40 laser transmitter. P40 Pro ToF transmitter/lens and reminded users of the need to make the most of the official protective case. If you need to purchase a three-sided shell, be careful not to use a view that will block part of the camera. It is best to expose all the square modules.

In addition to the protective sheath, there is also the problem of a lens film. According to Bruce Lee, lens film is not a question of good or bad, but yes and no. He advises not to use it.

Bruce Lee said that the protective lenses of the Huawei P40 series cameras are made of ultra-hard anti-reflection double-sided coating, which costs a lot of money, probably because the consumer protective film (including tempered film) reaches the machine level of one 141 dollar