How did you increase sales of the smartphone series at a time when it was previously in crisis due to weak sales figures? A special edition was released, named BTS, one of the most popular music formats in the world.

This is exactly what Samsung is doing now with the Samsung Galaxy S20 + BTS Edition. The Korean electronics giant has given its currently most attractive flagship smartphone a new color variant. Which is kept in a strong, shiny purple tone and is sold as “BTS Edition”. This takes advantage of the extreme popularity of the Korean pop group. While fans can look forward to receiving a smartphone dedicated to their favorites. 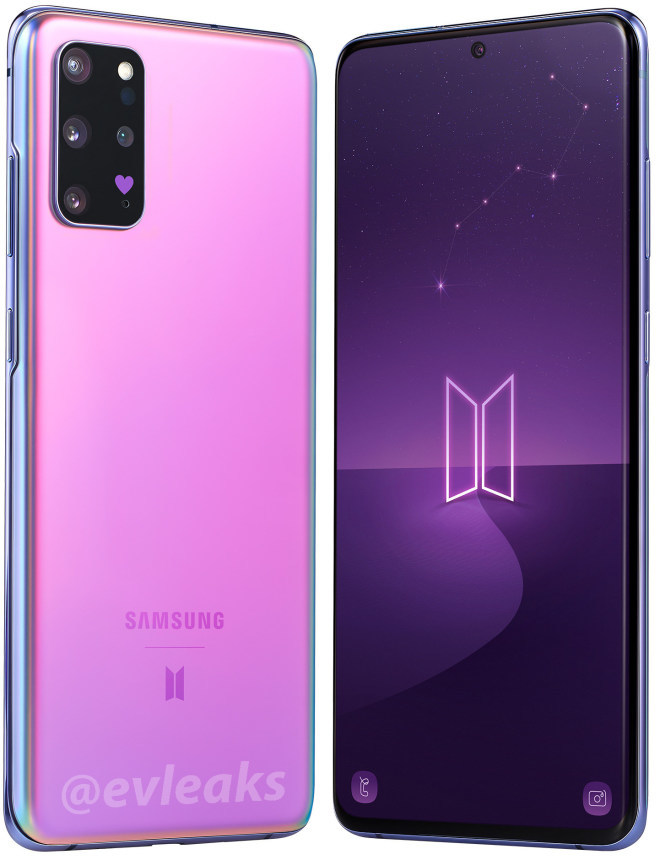 There is currently no detailed information about the memory configuration of the Galaxy S20 + BTS version. But apart from the external design and some possible adjustments to the Samsung One UI 2 theme. It should be the ordinary S20 Plus. Samsung not only provides the device in new pink/purple/purple tones but also adopts a special design to adjust the packaging for the BTS version. 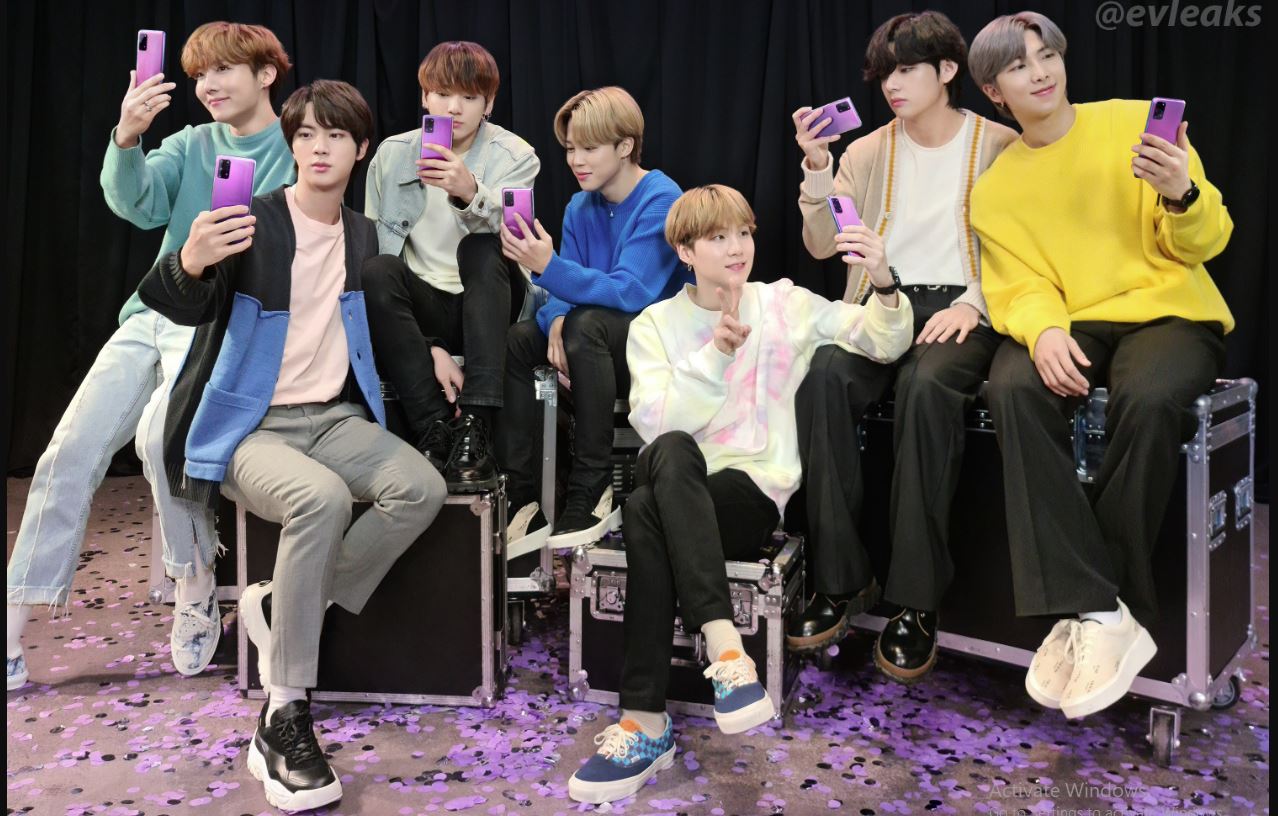 In addition, there is another detail on the smartphone itself, for which the group already receives a lot of praise on Facebook, Twitter & Co: according to the pictures of the Galaxy S20 Plus BTS Edition published in advance by chief lecturer Evan Blass, one sits above one of the Cutouts of the camera module on the back a little heart. Samsung thus misses the device a little detail that it clearly identifies among connoisseurs as a BTS-branded model. 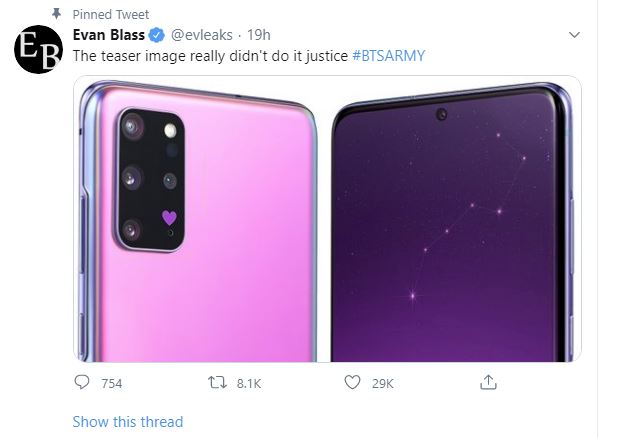 In addition, there is a small BTS logo located under the usual Samsung brand on the back of the device. Samsung also hopes to provide a customized version of the Galaxy Buds+, which will also appear in special BTS colors. The official release of the Samsung Galaxy S20 + BTS version will be held on July 9, 2020, because Samsung has scheduled an online event for this date. 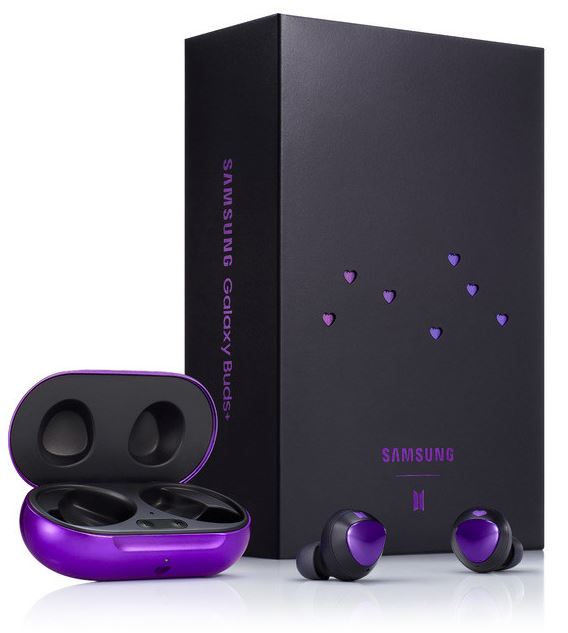