The next generation of Nvidia GeForce RTX graphics cards will be officially unveiled tomorrow. There are already several leaked tests that show how much faster the older Ampere model will be compared to the GeForce RTX 2080 Ti. The benchmark for gaming performance could soon be set significantly higher.

Leaker @CyberCatPunk has shared two alleged slides from the Nvidia GeForce RTX 3000 Twitter presentation that will be shown tomorrow at the graphics card official launch. It should be mentioned here that the slides look authentic and the data matches previous leaks. But the authenticity cannot be verified, so you should still remain a little skeptical, at least until the data is officially confirmed by Nvidia tomorrow. In the end, leak author @ kopite7kimi seems to be confirming the data, which lends the leak a little more credibility. 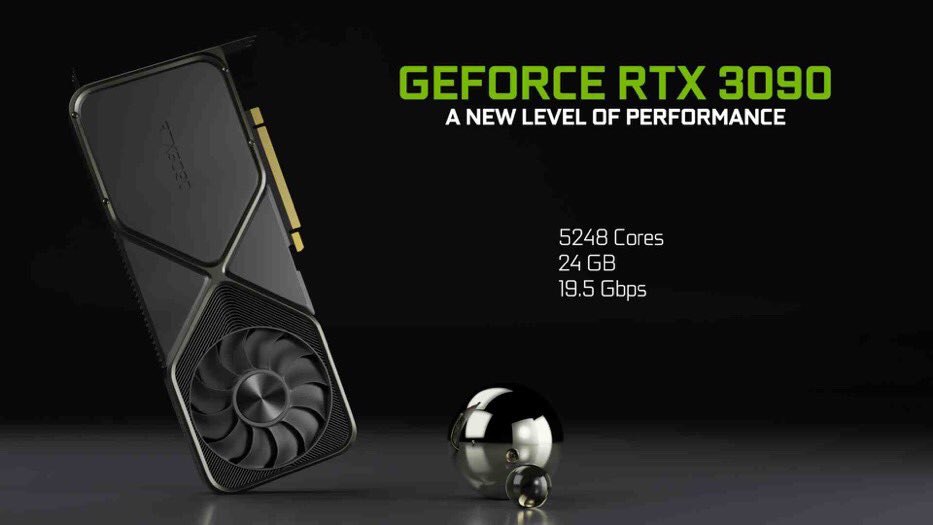 However, if this is a real setback, the GeForce RTX 3090 will, as expected, come with 24GB of GDDR6 graphics memory with 19.5Gbps memory and 5248 CUDA cores. There are three gaming benchmarks that should show the performance of the top-end Ampere compared to the GeForce RTX 2080 Ti (around € 1,250 on Amazon). 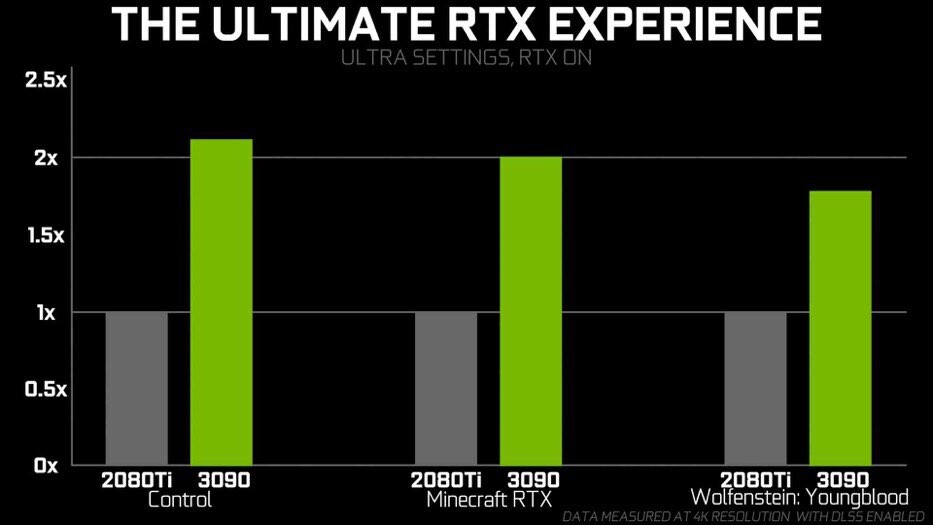 Accordingly, the performance of the previous gaming flagship can be almost doubled, and Control, Minecraft RTX, and Wolfenstein: Youngblood is about twice as fast at 4K resolution with Deep Learning Super Sampling (DLSS) enabled. Keep in mind, however, that performance in all three games can be severely impacted by ray tracing – it remains to be seen if the jump in performance will be just as significant for games without ray tracing. The GeForce RTX 3090 will hit the market in September, while Nvidia plans to introduce the GeForce RTX 3080 and GeForce RTX 3070 tomorrow.