The first leaks of the Ashes of the Singularity benchmark show that the upcoming AMD Ryzen 7 5800X offers a great performance boost over the Ryzen 7 3800X and Intel Core i9-10900K. The results show that Zen 3 Vermeer can alleviate many of the CPU bottlenecks that AMD processors still have.

We’re not too far off AMD Zen 3, so we can expect a lot of benchmark leaks ahead of the October 8 launch. Renowned leader @TUM_APISAK has discovered an AMD Ryzen 7 5800X entry in Ashes of the Singularity. (AoTS), and it looks like the upcoming Zen 3 Vermeer processor already has good advantages over not only the Ryzen 7 3800X but also the Intel Core i9-10900K.

While the benchmark does not show any clock speeds, it does indicate an NVIDIA GeForce RTX 2080 GPU. Both Ryzen computers have 32GB of RAM onboard (the Core i9-10900K benchmark was run in a 16GB RAM configuration). Tests are conducted at 4K, with the exception of the Ryzen 7 3800X, which was tested at 1080p.

Of course, the final conclusion on this can only be made when we have even more 1080p benchmark results from other CPU bound games like GTA V or even Flight Simulator 2020. However, it definitely seems like a very encouraging result. 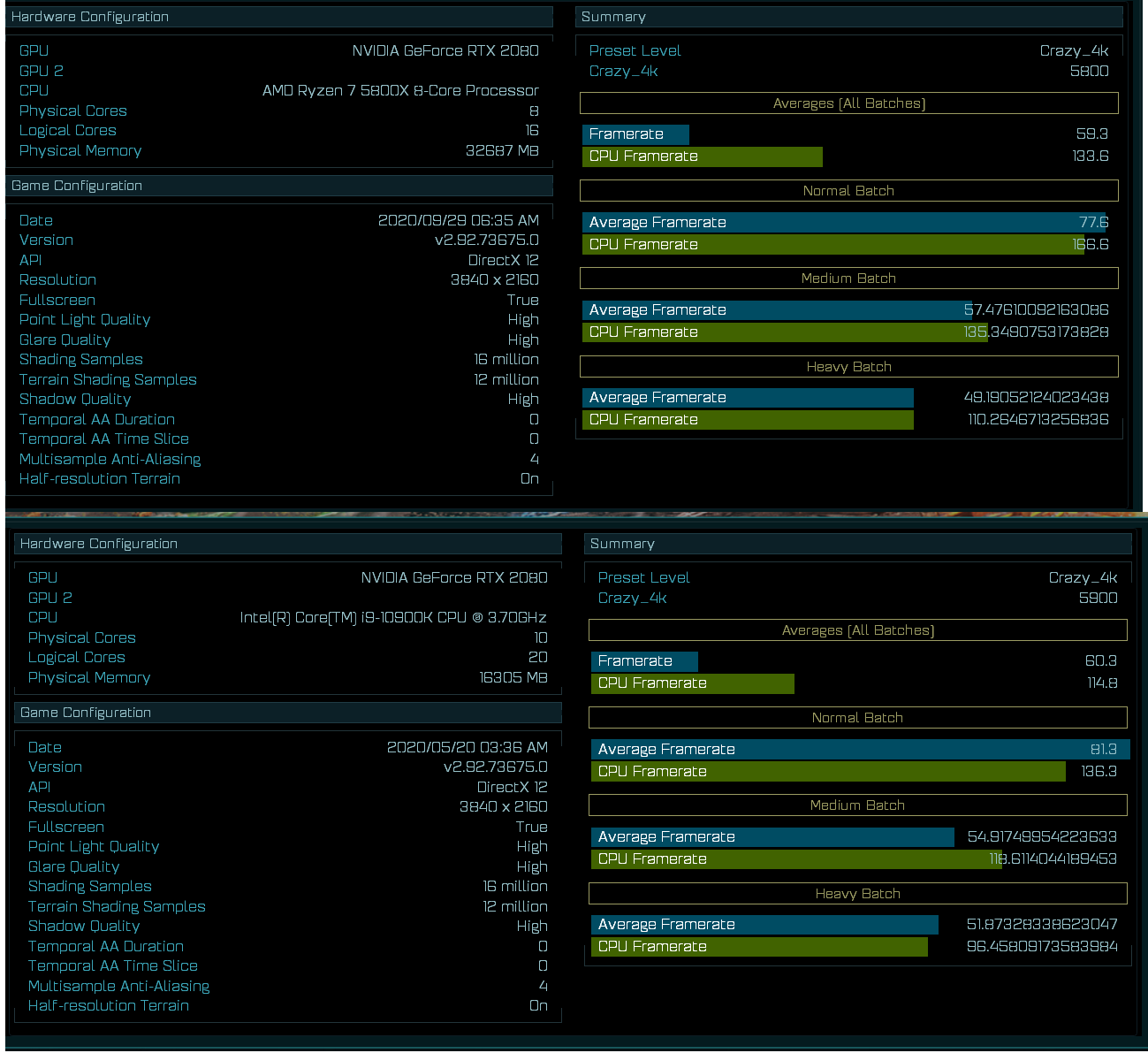 Leakers: iPhone 12 mini comes with only 64 GB of storage