The DxOMark Test once again confirms that you can’t get far on megapixels alone. DxOMark specialists, as promised, published an article with an overview of the photo and video capabilities of the inexpensive and very popular Redmi Note 8 Pro smartphone.

According to the results of all tests, Redmi Note 8 Pro received 84 points, which put it on a par with Black Shark 2 and LG V30. The smartphone received 87 points for the quality of the photo and 78 points for the video.

Many smartphones shoot better than it, including

In principle, they did not expect any miracles from the smartphone’s camera, given the price category. This once again confirms that you can’t get far on megapixels (the main image sensor has a resolution of 64 megapixels).

Looking at the test results and examples of pictures taken on the Redmi Note 8 Pro, it can be seen that the camera of this device cannot compete with the best models at the moment and has a number of areas for improvement in both photo and video modes.

Nevertheless, do not forget that this is a budget model, which costs times less than a modern top-end smartphone. Given all of the above, we can say that the device copes well with its task.

Released last fall, the smartphone Redmi Note 8 Pro became a real bestseller, the device swept from store shelves, as it offers excellent features for its money. The manufacturer has already released several new versions of Redmi Note 8 Pro, and its price has dropped to an even more attractive level.

In particular, users appreciated the four-module camera, which copes well with its task in a good light. And how does the Redmi Note 8 Pro camera behave when taking photos and videos in various conditions.

what place does this smartphone take in the ranking of the best camera phones?

Answers to these questions will be given today, as the DxOMark laboratory has already tested the smartphone and will publish its verdict in the coming hours 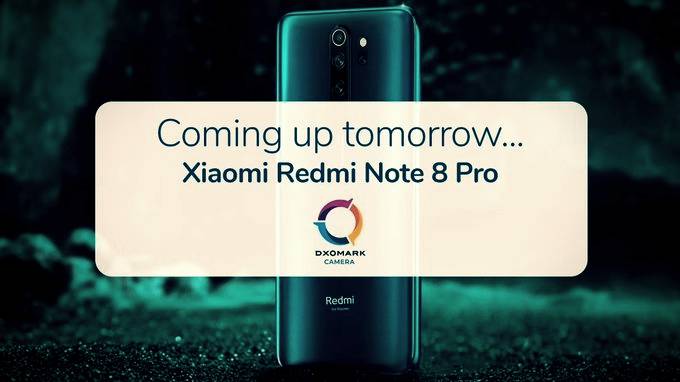 The smartphone equipped with a single-chip MediaTek Helio G90T system. The battery capacity is 4500 mAh, while the smartphone supports 18 W fast charging. From 0 to 50%, the smartphone charges in 36 minutes.