The Samsung Galaxy Z Flip has just started with some initial success, but Samsung is already a step ahead internally. Various sources have reported that “Galaxy Fold 2” is another improved smartphone with a folding display.

Samsung plans to launch its second-largest smartphone with a folding display in the middle of the year, according to a report by the founding consultant and Korean portal Agencies, a specialist in display and display technology. Samsung Galaxy Note 20 is currently being launched – a launch is expected in July.

“Samsung Galaxy Fold 2”, which, however, is part of the newly formed “Galaxy Z” series. It will have a screen size of 7.7 inches when exposed. It will be slightly larger than its predecessor. As the first-generation Galaxy Fold has a vertically internal folding OLED panel with a total diameter of 7.3 inches. 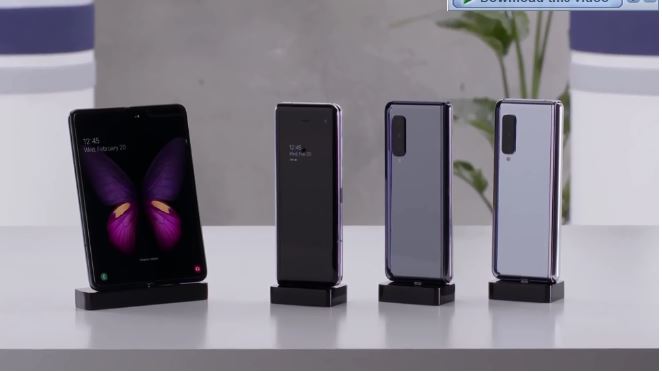 In addition to the significant launch date for the new folding smartphone and Galaxy Note 20, reports from Asia have also revealed that Samsung has a new design for “Galaxy Z Fold” and “Galaxy Fold 2” Choosing The front camera, which was previously set relatively wide and large at the top of the folding screen, is said to be migrating below the display surface in succession to the Galaxy Fold.

It will be the first smartphone to come out without a cut or a hole in the display and should be widely available in the market. As with some other innovations, new display technology can also mean higher price levels. Galaxy Fold is still on sale for 2100 euros.

Other innovations expected in “Galaxy Fold 2” or “Galaxy Z Fold” include changes to the new Qualcomm Snapdragon 865 or processor Samsung Aquinos 990, a better design and use of hinges to fold the device’s screen. The so-called “ultra-thin glass” on the surface. As mentioned, the introduction should be expected by the latest July 2020.

1 thought on “Galaxy Fold 2: New folding smartphone with camera under the display”