Due to the exhibition being cancelled, the presentation has been postponed. Various media outlets have posted a high-quality rendering of TCL’s impressive sliding screen smartphone. Which was to be shown at the Mobile World Congress 2020, was cancelled due to a coronavirus outbreak.

Increase the screen size as much as possible within the limited measurements. A folding screen is a better solution. But it doesn’t seem to be the only way to fold the screen. Today, some foreign media exposed a set of renderings of the new TCL machine. This is a smartphone equipped with a slide-out screen.

When paired, the device combines modern smartphones with a waterfall screen. And then users get a smaller tablet if you enlarge it. Moreover, the mechanism and the internal structure is still an issue. 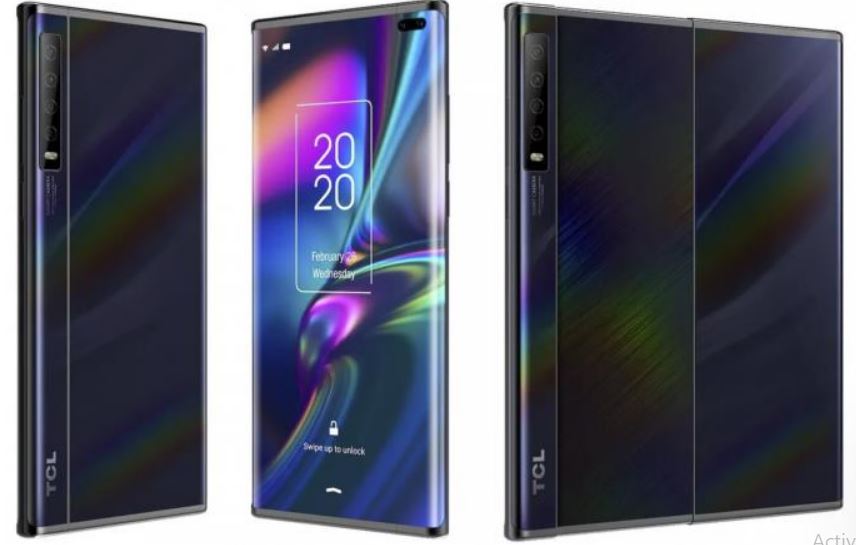 When using this phone, users can pull more screens directly from a screen similar to a standard smartphone and turn it into a tablet.

Probably, the new product will be significantly thicker than the usual monoblock smartphones. It may be compared to the thickness of the Samsung Galaxy Fold and the Huawei Mate X.

The central camera should receive four image sensors vertically in the same row. The front camera will be dual and embedded in the screen.

The internal working mechanism of this phone is not yet known. It is speculated that the second screen may be below the first screen. Or the flexible screen may form a “Z” arrangement when it does not slide out. Regardless of the design, this smartphone is a lot thicker than a regular smartphone.

According to previously leaked news, TCL was originally going to show the phone at MWC 2020 in Barcelona. ​​But because GSMA subsequently cancelled MWC, it is not known when TCL will announce the phone.

A new date has not yet been called for this exciting smartphone offering. But all the manufacturers who were forced to cancel their offer in Barcelona confirm that the announcements will happen later.