Facebook is now presented on the desktop for a growing number of users in a new design. Gradually, more and more users are given the opportunity to switch to a fresher surface or even dark mode.

The world’s most famous social network has finally changed its design. Facebook has introduced a new version of the browser version of the platform, which is innovative, comprehensive and possibly easy. In addition, the site clearly began to act fast. 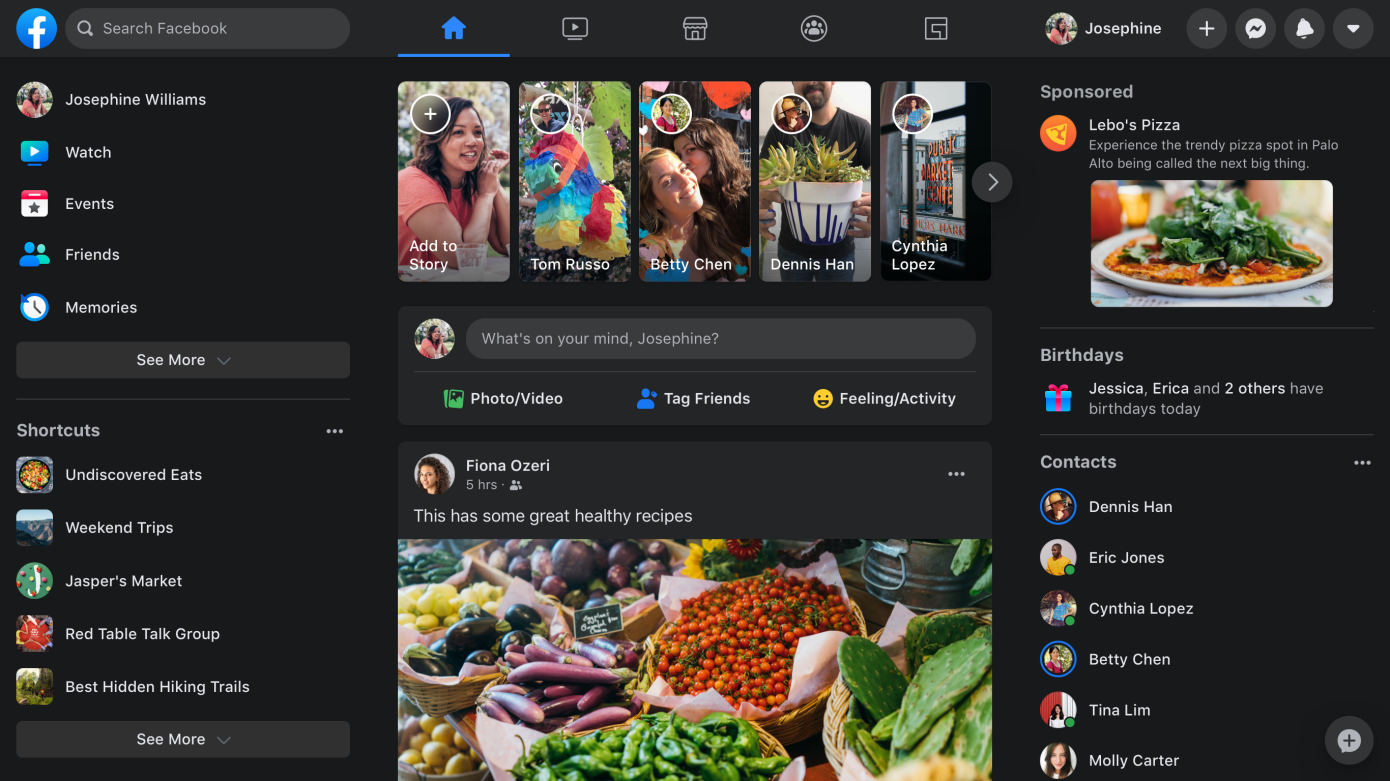 The operator of the social network had announced some time ago that there should be innovations in the design. And now you report enforcement. First users can activate the new design. To do this, you have to click the small triangle in the top menu bar, behind which the profile and account settings are hidden. In the menu that then pops out, you can switch them over if you already belong to the group of the chosen ones.

This desktop experience will be rolled out to everyone over the next few months. Check out how to opt-in below. pic.twitter.com/r2FBCuBHBl

Another important thing is that the long-awaited Dark theme has finally been implemented in the new interface framework. Switch to the new interface and try the new theme in the site settings. The old interface is still available. But it is understood that Facebook will soon be replaced by a completely new one.

In addition to the new design, the interface also received changes regarding the structure of the site interaction. Tab navigation has been made easier for groups

The redesign of the user interface follows a trend that can be seen in other applications and platforms as well. The control and management of different icons are more geared towards communication optimization. Even if the user doesn’t want the desktop interface to work at his fingertips, this can be an advantage as the GUIs and mobile apps in the desktop version are no longer so different.

In particular, the provision of dark mode caused reactions directly from users. In particular, there were, of course, numerous questions about when the dark GUI version would also be rolled out for the smartphone apps. However, Facebook has not yet given any further information. However, since the corresponding design is now available, it should not be too long before iOS and Android also receive corresponding updates. It is not yet possible to say whether this will happen quickly.

Why coronavirus mortality is so low in Germany