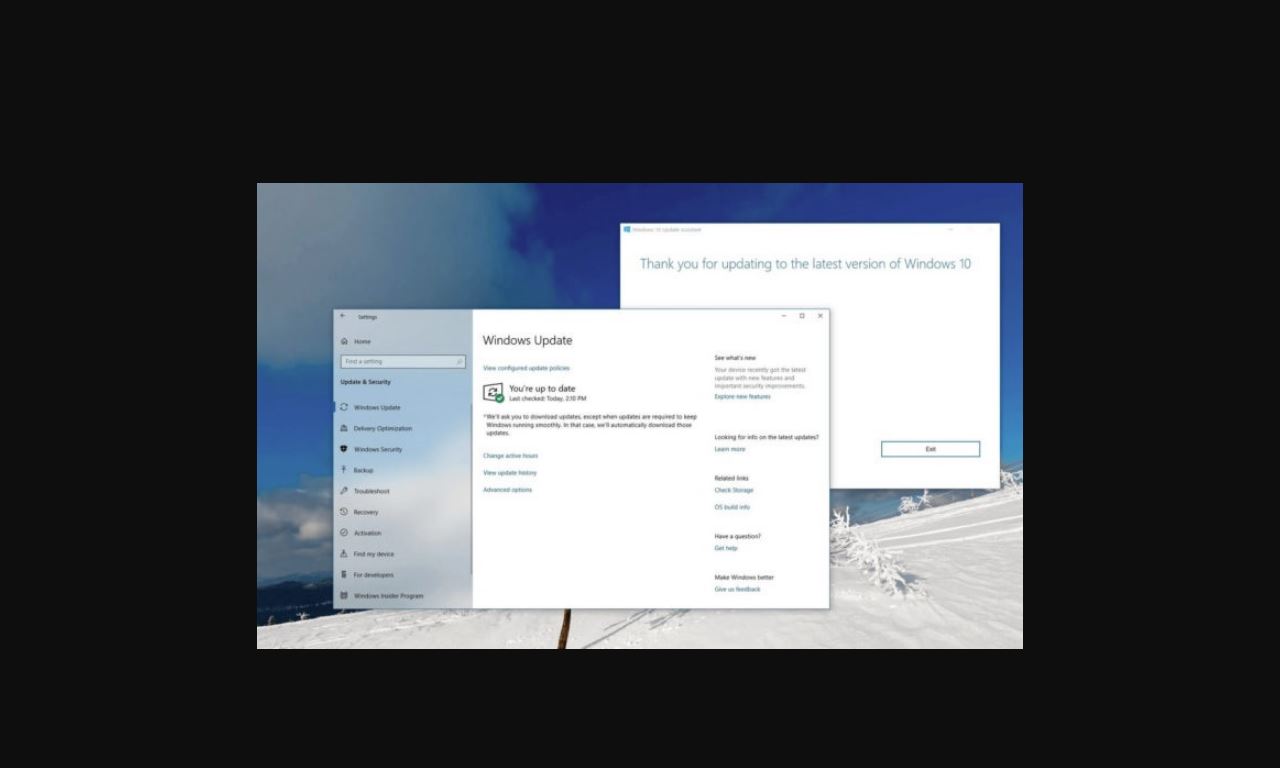 Microsoft is currently testing the version of Windows (20H1) publicly. This will be a complete upgrade of the Windows feature with a particularly long installation time, especially on low-cost PCs. More importantly, the update for Windows 10 20H1 introduces a number of new features and performance improvements.

A new discovery in the pre-release version of Windows 10 20H1 indicates that this year’s first major Windows 10 update (currently codenamed 20H1) is officially called the Windows update in May 2020.

In version 19041, with all cumulative updates installed, the Windows Powershell team, Get-VMHostSupportedVersion, indicated the Windows update on May 10, 2020, and Windows Server 2004 as one of the results.

This may be another confirmation of what Microsoft named and released the May version of the Windows 10 update from 2020.

Following the release of the Windows 10 Creators Update, which focuses on creator features, the new version of Windows got its name during the month of release, but a wide range of feature updates can be expected in summer.

There are many new features and enhancements in the Windows  Version 2004 update.

For example, Microsoft will update Windows Search with a new algorithm that automatically reduces disk and CPU usage while providing a new Cortana experience with an improved chat user interface.

The next major update is Windows 10 version 2004, also known as the 20H1 update. But since it is scheduled to be released in May 2020. It is unlikely that a new indexer and notification system will appear.

All of this is implemented in major update 20H1, which will be released within a month.

As the most important Windows 10 version update this year. v2004 has already been internally tested by Microsoft. In addition to solving a lot of bugs. It will also bring many new features.

Microsoft will release a major update to Windows before the end of this month or in the middle of next month. The update labeled with 20H1 (or internal index v2004). It will implement many innovations. The key of which is to reduce the load on the CPU and reduce the amount of disk space occupied by the operating system.

Similarly, in the so-called May update, searching will be improved. And the process of connecting wireless devices through the Bluetooth interface will become easier and more intuitive-in the current version of Windows. It is difficult to call it intuitive.

Since Microsoft is still looking for engineers to advance the project. We will have to wait longer.

The Windows 10 version 2004 update is stable enough for normal use and should be released to consumers in late April or early May.