Using the Chrome operating system, you can install applications from the Google Play store. In most cases, these are Android apps and can also be used on smartphones and tablets running Android. However, you can also choose to start PWA on your Chromebook. According to a report by Chrome Unboxed, Google recently replaced YouTube TV and Twitter applications with PWA without prior notice. 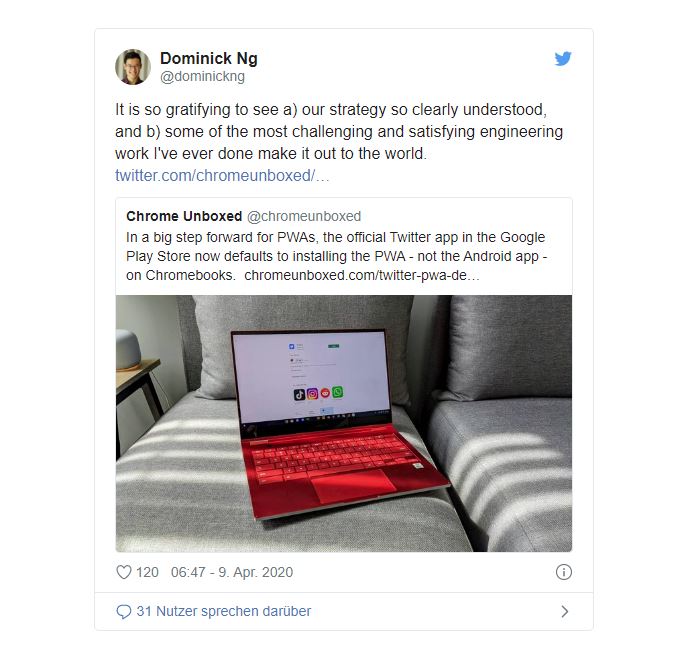 PWA itself is not innovative, and applications can be obtained from the Play Store before. However, from now on, when users search YouTube TV or Twitter and click “install”, the application will be selected by default.

So far, Google has not formally commented on why progressive web apps have replaced Android apps. Compared with Android applications, PWA consumes much fewer resources. In addition, developers can perform invisible updates because the application only downloads websites and provides some additional features.

At present, it is not clear whether the PWA version will soon replace more Android applications. Imagine that Google lets developers decide which application to provide. Or, the exchange will soon be automatic, and the developer will not have to take any further steps.

iPhone 12 Design should be based on the iPad Pro