Microsoft rolling out a new Start menu with a redraw icon makes the system new. For many users, starting with Windows 10 Build 20161, you can experience a completely new Start menu. So how does the new system feel?

Some foreign media have simple experience working with the new version of the system. First, the Start menu has become more concise. In particular, the icon with the application list-icon has been removed from the solid color block and replaced with a transparent menu integrated with the current background. And with the new icons “Calendar”, “Mail”, “Edge”, “Office” he looks more beautiful.

|What can we expect for Microsoft in the new start menu

For such a design, the expert said that reducing the color of the interface of the tile icon in the Start menu will be slightly simplified. Which will make it easier for users to view frequently used applications. Despite the fact that this is a fine-tuning of the design, the Start menu looks less messy and avoids the appearance of many identical blue block icons. 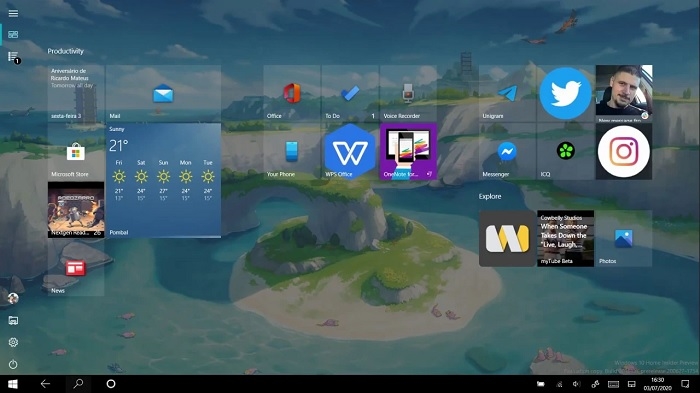 In fact, since December last year, Microsoft has been actively introducing a number of minor changes to the system. Such as the user interface design for the Start menu and settings, such as notifications.

READ ALSO:   Leaker: Here are prices and color options for the Google Pixel 5 and Pixel 4a 5G in Germany

In addition to the above settings, there will be a close button in the upper right corner of the notification window so that users can quickly close the notification window. Microsoft has also optimized settings. Users usually click “Settings” to go to the systematic classification of the control panel page. And now this will lead to the “About” page in the settings. This means that users can more easily find the necessary functions of the control panel system.

After making relevant preparations, Microsoft will first introduce Windows 10 feature updates to the Beta channel, and then promote it to ordinary users after completing the final test.