This year, the new iPhone is likely to change the design. Judging by previous news, this year’s iPhone will return to a Founder design similar to the iPhone 4, or closer to the mid-design of the current iPad Pro. 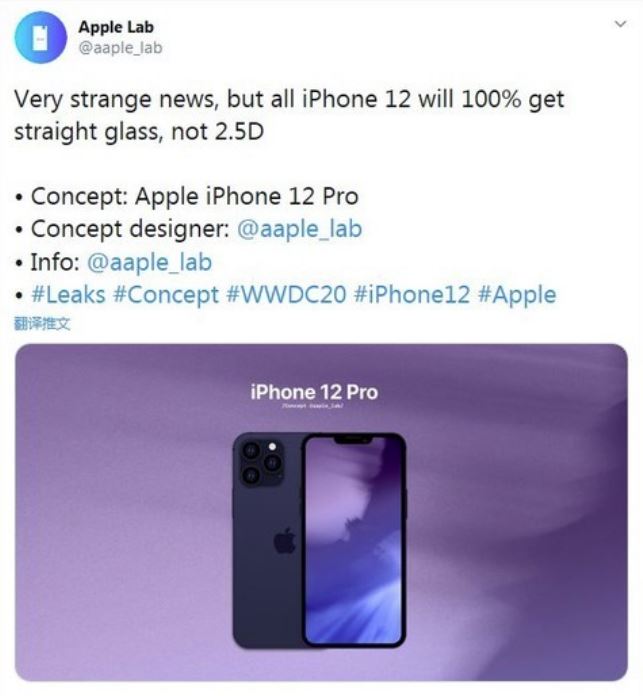 An Apple Lab informant recently tweeted that all iPhone 12 models will use a clean flat glass design, i.e. 2.5D curved glass will be canceled. With the exception of Apple, most of the manufacturers’ flagship mobile phones will present one or more models with a curved screen or “waterfall screen”.

For users, do you prefer a clean straight screen design or a radian design?

|Will iPhone 12 all models cancel the 2.5D curved glass design?

As the fall conference approached, the latest news about the iPhone 12 appeared one after another, including the appearance design, performance configuration, and even some accessories, which caused a lot of heated discussions. According to the latest news from the famous Apple Lab, all iPhone 12 models cancel the 2.5D curved glass design and adopt a clean flat glass design that is a bit like the design of the iPhone 4.

Just mentioned that Apple canceled the bonus of the headphone cable and the charging head. The cancellation of the headphone cable is still easy to solve, and now the wireless Bluetooth headset is gradually gaining market, and the problem of not including the wired headset is not big, but when it comes to not charging the head It does not seem to be very appropriate.

Finally, if the news is true, the iPhone12 series is canceling the 2.5D curved glass design and canceling the earbuds and charging heads. And the battery life is not very good. The capacity is only 3687 mAh). However, since the news has been published, you can only look at it. In the end, Apple officials did not respond. Even to cut costs, the editor believes that Apple is unlikely to “launch” this glass panel. Just look, still waiting for the autumn conference, let Apple personally open this veil.