While the majority of more than 4000 PS4 games should also be available for the PlayStation 5, there are further questions about backward compatibility with regard to older PS1, PS2, and PS3 titles. Ubisoft has bad news for retro fans in this regard.

Ubisoft and Sony have revealed new information about the PlayStation 5. So it now seems official that the next generation console cannot play games from the first three PlayStation generations. In addition, the haptic feedback of the DualSense controller can apparently be generated automatically based on the sound. 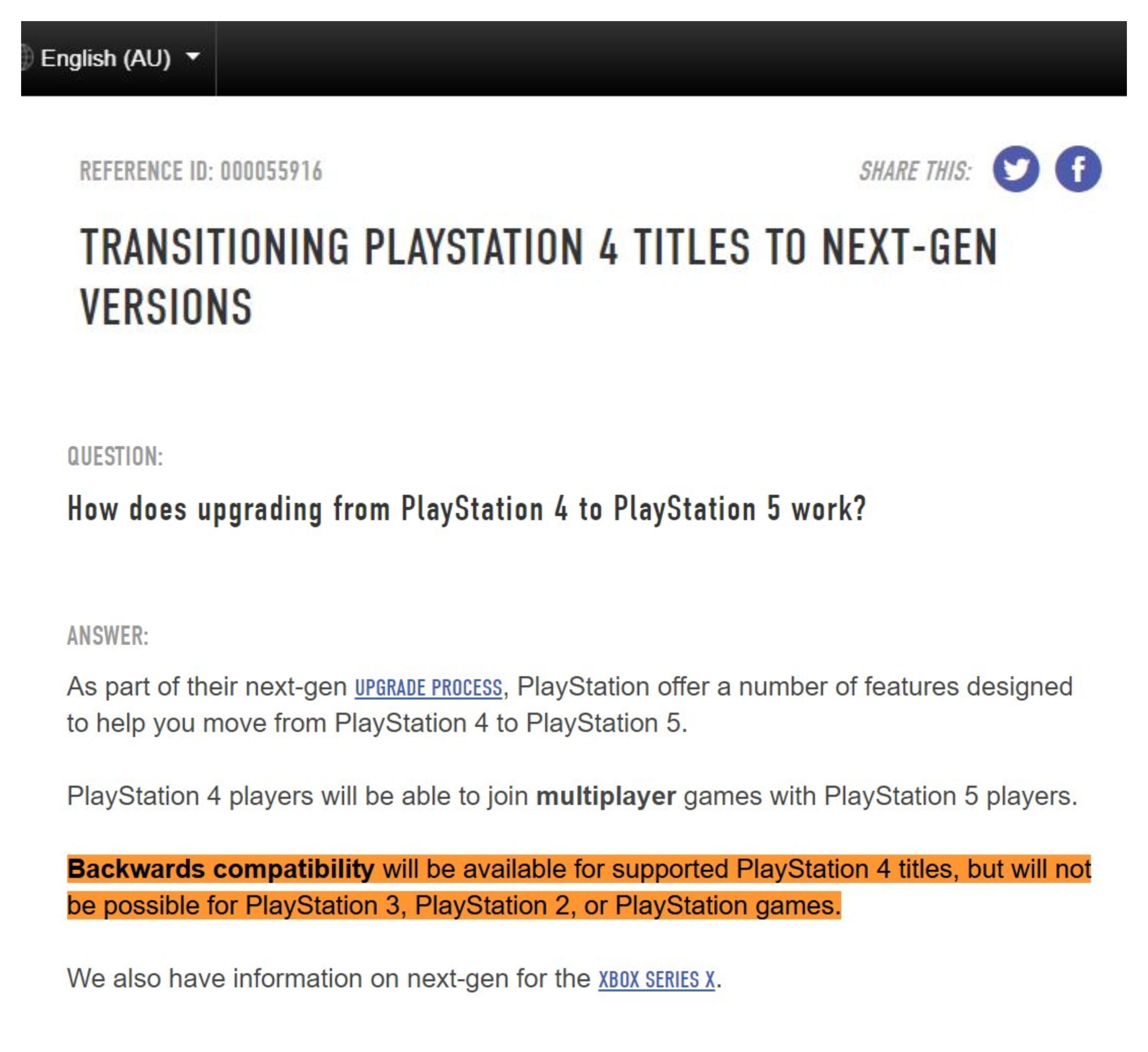 Sony has not yet commented on how the PlayStation 5’s backward compatibility works, so far, the company has only confirmed that most PS4 games will also run on the next-generation console. After older PlayStation hardware was shown in a trailer from Astro’s Playroom. Some fans speculated that Sony can also play older titles via emulation.

But this is obviously not the case. Ubisoft has published a new support page that explains that although PlayStation 4 titles can also be played on the PS5, this is not possible with older titles. The company also states that PS4 titles will be upgraded automatically for both physical and digital copies. But any adapted version must be downloaded again. Sony has already confirmed that PlayStation 4 games will benefit from the new hardware, for example by reducing loading times.

In addition, Sony has confirmed in a new document that developers can create the haptic feedback of the DualSense controller almost automatically by analyzing the game’s sound effects and transmitting them to the gamepad’s vibration motor. That should reduce the effort for the developers – the sometimes very interesting implementation of the haptic feedback must still be optimized by hand.

READ ALSO:   Sony is said to be planning a phenomenal PlayStation 5 event, including exclusives, price and release date

Even if the note has now been removed, there should hardly be any doubt that Sony will mainly support and prepare the latest generation of titles with the PS5 console. Since most of the current PS4 games with partly free next-gen upgrades and the automatic download of graphically updated versions are fueling sales of the PlayStation 5, titles between two and seven years old are likely to exude their “retro charm”.

It remains to be seen whether and when Sony will give further details on the backward compatibility of the PS5. In this case, however, Ubisoft is considered a trustworthy source. It is also unclear when the Japanese manufacturer will announce the release date and the price of the PlayStation 5. Experts assume that the new console will appear in mid-November at prices between 400 and 600 euros. The drive-free digital edition, however, could be offered up to 100 euros cheaper. Microsoft should meanwhile plan to place the Xbox Series X priced below the PS5.