After Microsoft presented the two next-gen consoles Xbox Series X and Xbox Series S. Sony is likely to publish official details for the upcoming PlayStation 5 soon. A new leak now suggests the scope of delivery of the two different versions. 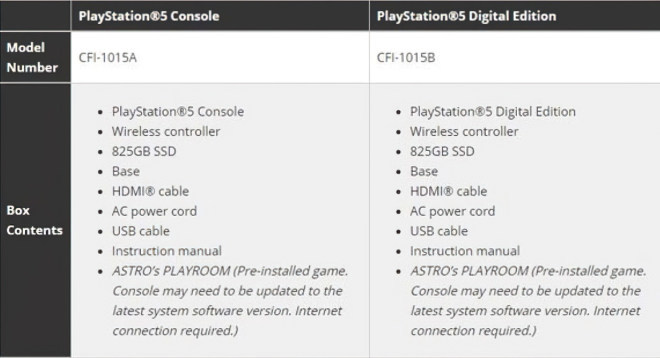 PlayStation 5 with 825 gigabytes of memory

Of course, in addition to the base, a power cord, a USB cable, an HDMI cable, and the operating instructions are also included in the scope of delivery. Both console variants are to be delivered with an 825 gigabyte SSD. In addition, the tech demo Astros’ Playroom is preinstalled on the systems. In some cases, however, the console’s firmware may need to be updated to the latest version before the title can start.

So far, it has not been officially confirmed at what price the future Sony console will cost. Current information suggests that the digital edition could be sold from 399 euros. The normal version with an optical drive should cost 499 euros. The next-gen console should be able to keep up with the Xbox Series S and Xbox Series X. The Microsoft consoles are offered for 299 and 499 euros.

Developers and experts have concerns about the Xbox Series S performance