In addition to EMUI and Smartisan OS, the 2019 list also includes one of the best 2019 smartphone and shells are named for shocking rating. The list includes Joy UI, Nubia UI, Oxygen OS, ColorOS, FunTouch, MIUI, Flyme and One UI

Recently, Chinese Benchmark creator Master Lu published a rating of the most valuable and productive smartphone and now we are discussing and also offering a new rating. In which the smartphones and shells are assembled and discuss on the base of smooth operation. In this rating, we discuss the 2019 smoothest smartphone and shell in term of quality of operation and also depends on the user’s review

In this list, the first place goes to Huawei product and the name of this product who got the first place is Huawei Mate 30 Pro 5G. While in previous rating Mate 30 Pro stands on the 10th place. so Huawei receives a good improvement in this rating due to good and quality productivity. Third and fourth place goes to Nubia Red Magic 3S and OnePlus 7T Pro, respectively. Both two brands are shown well performance in the market 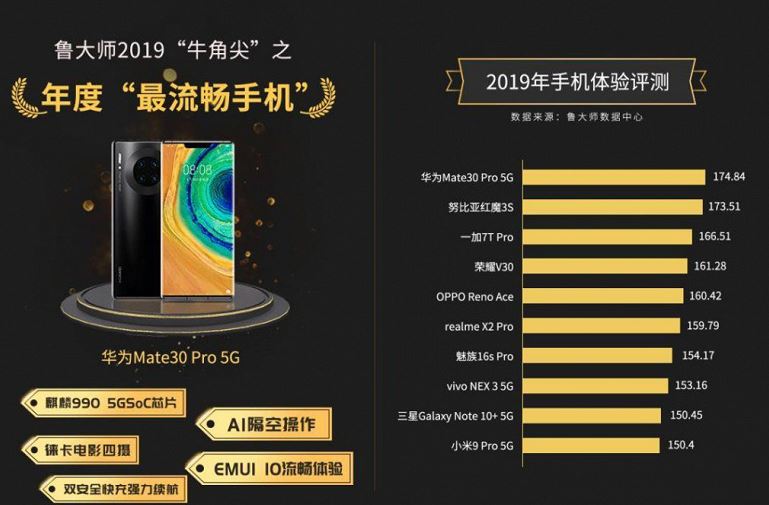 In addition, the company gives an award for the best user interface to either HydrogenOS (Chinese version) or OnePlus OxygenOS. Chinese benchmark Master Lu claims OxygenOS user-interface not change the concept of design over the year. So OxygenOS is considered the most stable version of user Interface year 2019 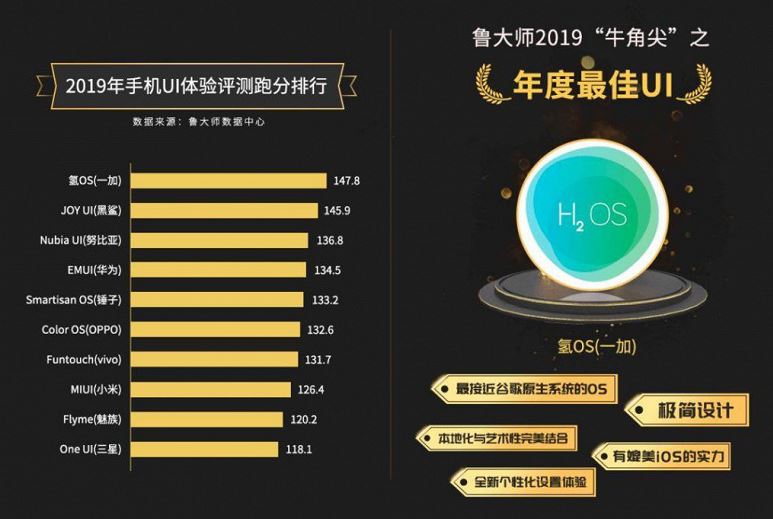 In addition to OxygenOS, the list also includes Joy UI, Nubia UI, EMUI, Smartisan OS, ColorOS, FunTouch, MIUI, Flyme and One UI. It is noteworthy that the EMUI 10 shell did not get into the rating, although the Huawei Mate 30 Pro 5G took first place in the previous chart.

Master Lu says the recently released EMUI 10 has been improved and upgraded in various ways thanks to the powerful AI algorithm. The company has also made major changes to its design language to make it more suitable for young people.