Referring to a well-known Taiwanese publication, the source said that AMD will officially introduce the next-generation Zen 3 microarchitecture at CES 2020. 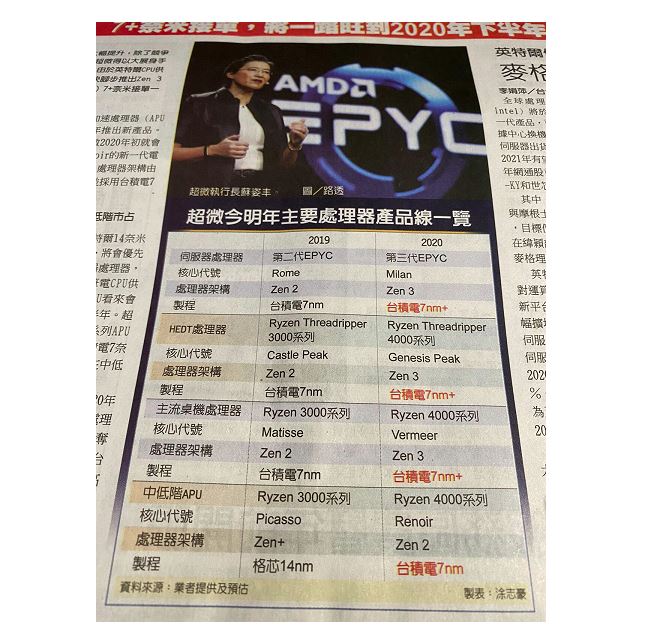 The main part of the client segment is represented by two developments: Vermeer and Renoir. Vermeer is a client-side desktop MCM, a follower of Matisse, which will implement the Zen 3 microarchitecture.

Renoir is a monolithic APU that combines Zen 2 CPU cores and GPUs based on the Vega graphics architecture with updated display and multimedia systems from Navi. The common basis of Milan, Genesis Peak and Vermeer will be the Zen 3 chipset, manufactured by TSMC but at 7 nm using EUV lithography. Zen 3 microarchitecture delivers increased IPC.