Meizu announced today that the company has begun distributing a stable version of the Flyme 8 for the second batch of compatible smartphones. This means that Fly 8 will now receive all planned devices.

The Flyme 8 shell was announced in late August with the new flagship smartphone Meizu 16S Pro. The company has promised that this new version of the user interface will be released for 27 Meizu models. The release will be held the end of this year but it was planned to change that. 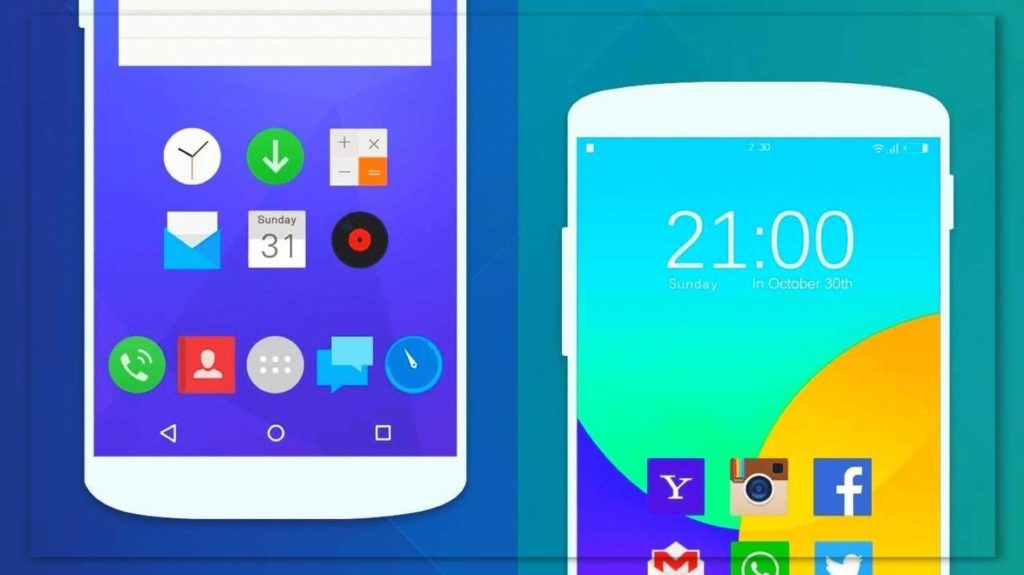 Last month, the company introduced a new feature in the Flyme8 operating system. A self-timer mode with backlight and front super night vision mode, among others. Flyme 8 received Small Window Mode 2.0, which supports opening some applications at the top of the interface. For example, you can use WeChat while playing a game in parallel.

Full game mode from firepower version 4.0 is Updated. And the improved recording of what’s happening on screen. Also improves the stability of cellular signals. In addition, the shell has an updated night mode of the camera, which will pay attention to details and allow you to get high-quality images in low light. The front camera now uses the display as a flash. Of course, the icons, animations have changed, new sounds have been added.

The company message states that users can check for updates by going to the appropriate settings menu item.

Meizu: The release of the full Flyme 8.0 stable model has been completed

Meizu officially announced that as of January 17, the release of the full Flyme 8.0 stable model has been completed. The system-level new design and more than 100 function adjustments cover the following models: 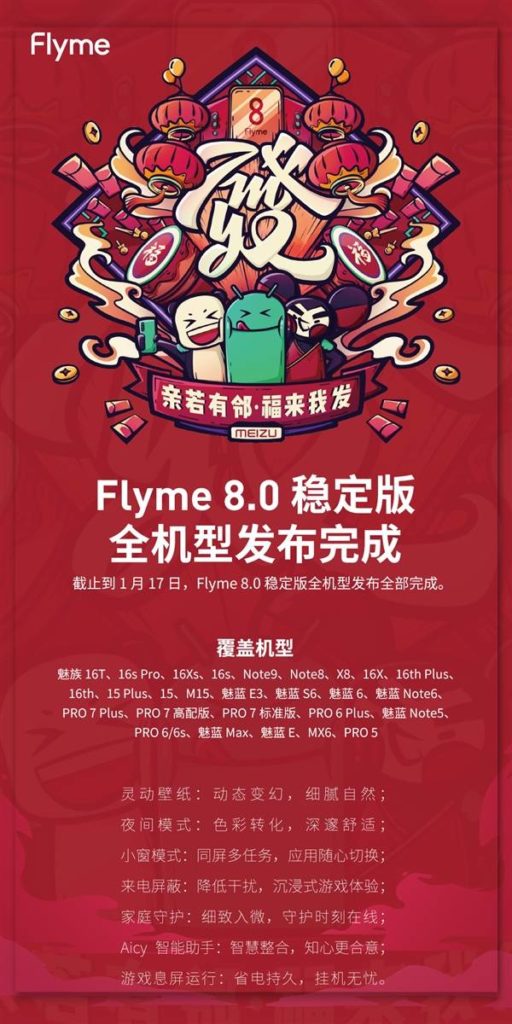 At the Meizu 16s Pro conference on August 28 last year, Meizu officially released the Flyme 8 system that is “light as spirit”. It adopts the new design concept of Alive Design, which is faster and smoother.