Both two mobile results may surprise you. The YouTube channel EverythingApplePro published the latest flagship smartphone Samsung Galaxy S20 Ultra speed comparison. Which is not yet available in Russia. As well as iPhone 11 Pro Max, which is Apple’s premium smartphone. 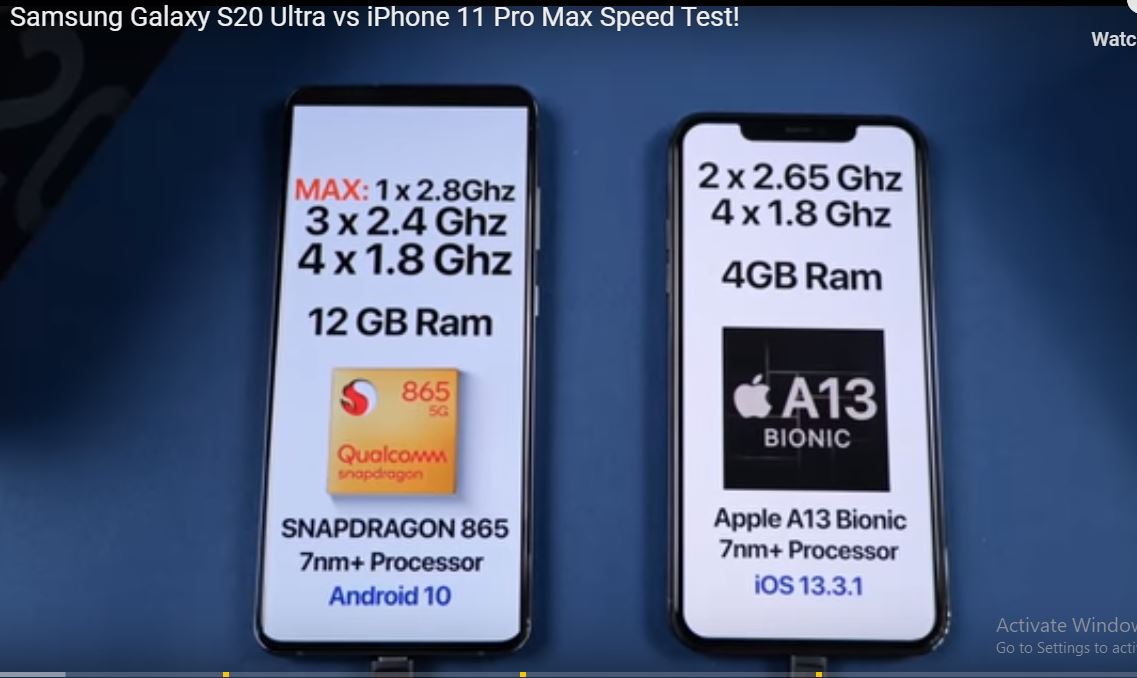 Initially, the speed of loading applications was tested, including

Asphalt 9 and others. In the first round, the iPhone 11 Pro Max got a slight edge, about 13 seconds ahead of Samsung’s Super Flagship.

But already in the second phase, everything fell into place and the restrictions were felt by the small amount of operating memory iPhone 11 Pro Max. As a result, when you restart the Samsung Galaxy S20 Ultra significantly compared to the competition. He completed the task in 1 minute 5 seconds, and the iPhone 11 Pro Max took twice as long (2:04).

As a result, the author of the review noted that both smartphones are almost equally fast in common use cases. At the same time, the Samsung Galaxy S20 Ultra is truly the fastest Android smartphone that EverythingApplePro has experienced.