Microsofts Edge is one of the best web browsers that is developed by Microsoft. Microsofts Edge was first released in 2015 for Windows 10 and Xbox One, then for Android and iOS in 2017 and in 2019 for Mac OS. Edge integrates with Cortana and is hosted by the Microsoft Store.

As we know Microsoft already confirms that some vulnerability about new updates in window 10. Microsoft said that the team continuously work on this vulnerability to solve them. Recently Microsoft launched the new Microsoft Edge web browser with new additional features. Released from beta last month, the Microsofts Edge browser on the Chromium engine is undergoing rapid development.

With the latest update, it not only learned to open web pages immediately but also prevented users from downloading malicious applications from the Internet. The new Microsoft edge protecting them from unwanted “guests” – even if antivirus had saved them. Not recognized as a threat. 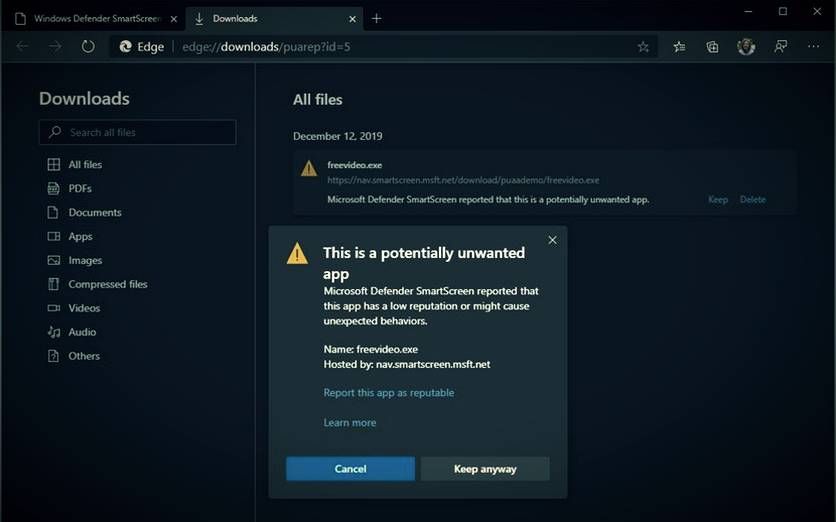 The by default protection features is disabled in new Microsoft edge Web Browser. But you can be enabled in the “Privacy and protection” section of the browser settings. In this case, Edge will automatically stop loading any workable files that he deems unwanted. And also take action that can slow down the computer.

The browser’s “blacklist” will include adware

READ ALSO:   Windows 10 crashes frequently after crashing after the most stable version update:

Do If a suspicious download has been blocked, the user will receive a notification and, if desired. it will continue the download at their own risk. Note that this function only works with the built-in Microsoft Defender antivirus dynamic smart screen component.

Microsoft also reminded that software should only be downloaded from trusted sources. For example, developer sites or well-known app stores, other users’ prior reviews and publisher credentials.