The Redmi Note 9 Pro stayed cool even though it was low on RAM. Xiaomi Redmi Note 9  appeared on GeekBench running points website

So, fans expectations for Redmi Note Line will soon be ended. The new smartphone will be introduced soon. The official date of Redmi note 9 is March 12, 2020.

Foreign media has speculated that the processor used by Redmi Note 9 Pro could be Snapdragon 720G, which was launched by Qualcomm this year. 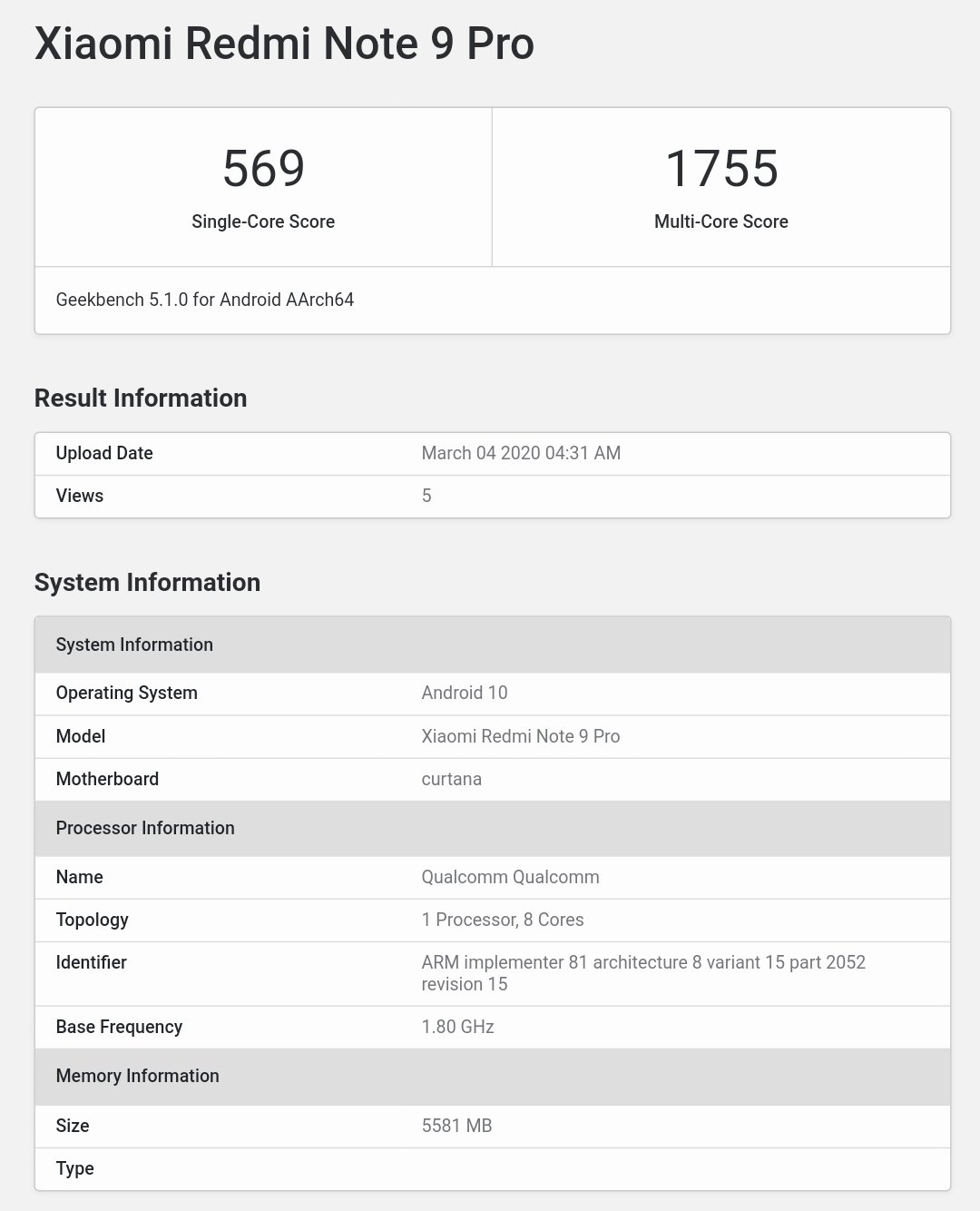 Qualcomm said its CPU and GPU performance increased 60 per cent to 75 per cent as compared to the previous generation. In addition, Snapdragon 720G also supports some features of the Snapdragon Elite gaming platform to enhance the gaming experience.

In addition, the last four-camera solutions of the Redmi Note 9 Pro look like Yuba. And the central lens can be up to 64 MP. The official launched date of Redmi note 9 is March 12, 2020.