He added that owners of the Xiaomi Mi 10 Pro will soon realize enhanced camera capabilities, and in particular. The emphasis is on improving video quality. Xiaomi chief executive officer lei jun want to say that this upgrade will be opened after one an another. The stable version of the Xiaomi Mi 10 pro that upgrades the system version is “Stable V11.0.12”. Mi Chief also said the camera will be upgrading soon and Mi fans feel the powerful experience of DXOMark camera 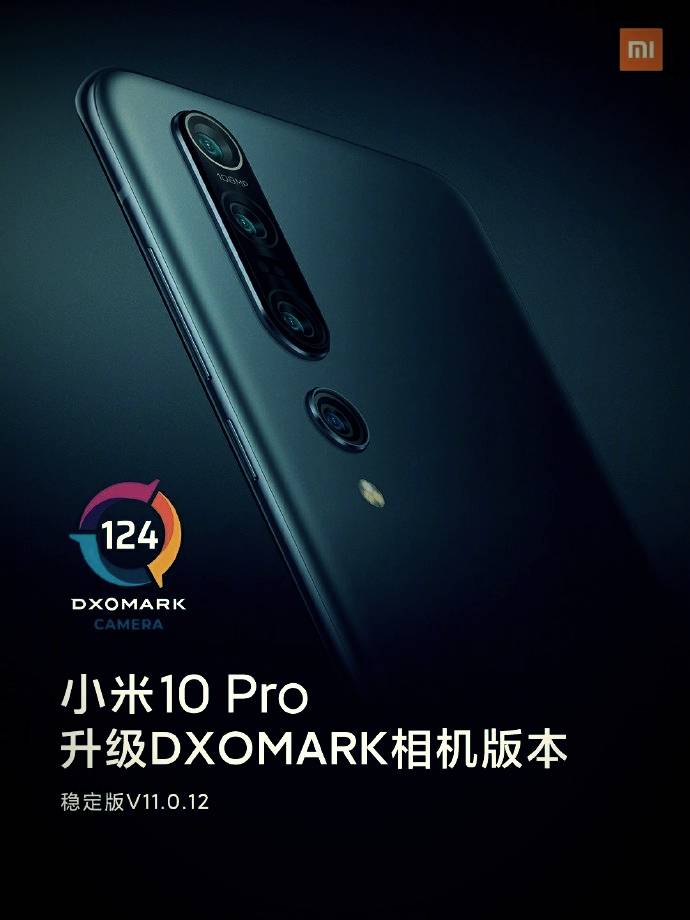 Remember, with the Xiaomi Mi 10 Pro becoming our best camera phone of all time. DxOMark got the top spot in both ratings, as well as a smartphone that has advanced sound recording and playback. Xiaomi surpassing Huawei Mate 30 Pro 5G version (123 points), and became the strongest camera phone on the list. In-camera tests, the Xiaomi Mi 10 Pro scored 134 points for the image quality and 104 points for the video quality, and the result was 124 points.

Earlier, DXOMark Xiaomi Mi 10 Pro mobile phone review page once showed the release date of firmware version. In this page, we see the statement – We have released the Xiaomi Mi 10 Pro firmware version March 5 via an online update (OTA) The phone will be provided to users – a pre-production device for this test. As we have always adhered to the rules, we will re-test the commercially available device to ensure the image quality is the same.