The latest version of Microsoft Edge will continue to support Windows 7 and Windows Server 2008 R2 until July 15, 2021. For security reasons. Microsoft recommends upgrading to a new operating system as usual. But Windows 7 users who like Microsofts Edge have one year and three months left.

In January of this year, the official version of the recently built Chromium-based Edge browser was released and supports several platforms, such as Win7 / 8.1, macOS, iOS, Android, etc.

Microsoft has ended all free update support for Win7. Will the new Edge be an exception?

Of course, the termination of support does not mean that it cannot be used, but there are no subsequent updates, security updates, etc. 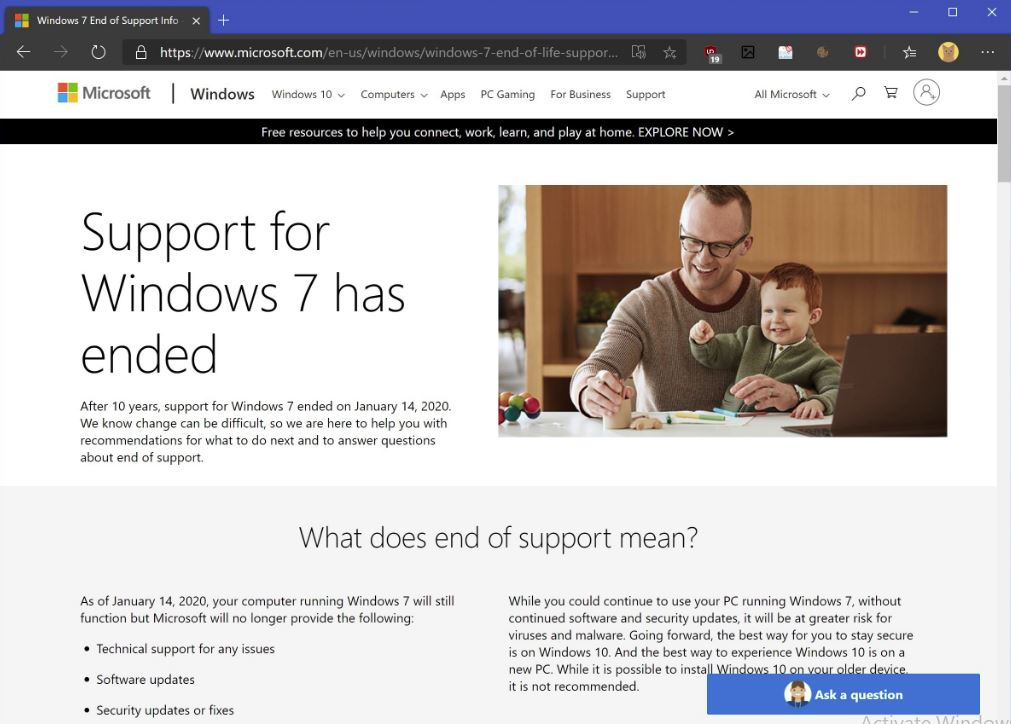 In addition, Microsoft mentioned that in the replacement of the new Edge. The built-in mode is not synchronized with security updates. Only those who participated in the Win7 Extended Update Program (ESU, required) can ensure Internet access in IE mode.

Tripartite statistics show that the official launch of the new Edge has surpassed Firefox and entered the second place in the world in just over two months. Thanks to the all-purpose Chrome extension, it is also more convenient to synchronize accounts, and it has been well received.

Until July 15, 2021, we will continue to support Microsoft Edge on Windows 7 and Windows Server 2008 R2. These operating systems are no longer supported. Microsoft recommends that you upgrade to a supported operating system, such as Windows 10. Mocrosoft

Netmarketshare previously released a report on the most popular operating systems and browsers in March 2020. The report says that many people believe that Microsofts Edge is the successor to Internet Explorer, and it has become the second most popular browser in the world.

READ ALSO:   Windows 10 crashes frequently after crashing after the most stable version update: