This photo confirms the key features of the device. The device received a 6.78-inch Fluid AMOLED screen with a resolution of 2K and an image refresh rate of 120 Hz. According to earlier information, the screen has gained support for MEMC technology, which allows you to insert missing frames, thereby making the video smoother. In addition, the display also supports a peak brightness of 1300 cd / m2. 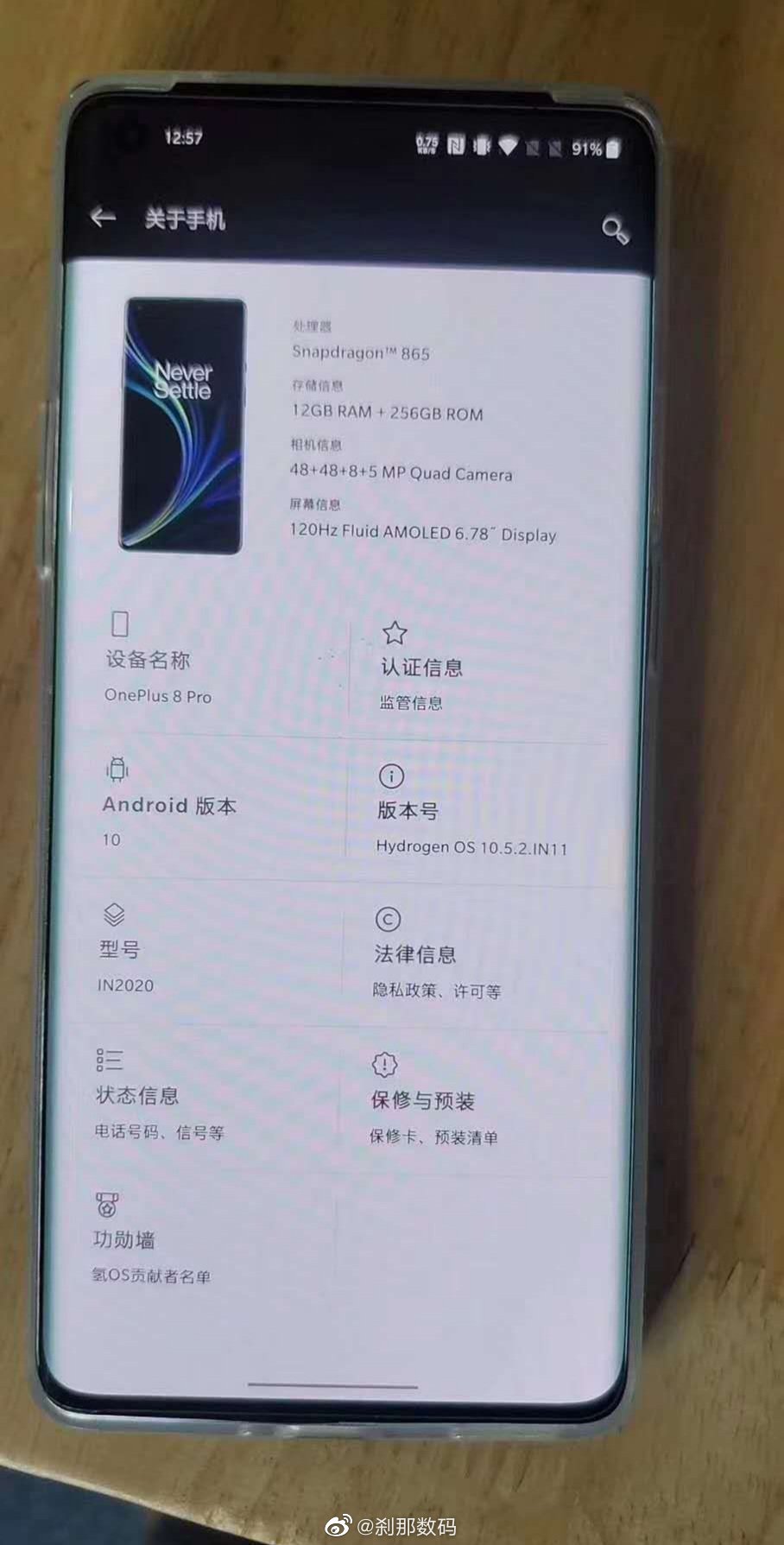 The smartphone uses a single-chip Qualcomm Snapdragon 865 system, as well as 12 GB of RAM and 256 GB of flash memory. The main camera has two image sensors with a resolution of 48 megapixels, and sensors with resolutions of 8 and 5 megapixels.

The battery capacity of the smartphone is expected to be 4300 mAh. OnePlus 8 Pro will support fast wireless charging.

OnePlus is due to introduce OnePlus 8 and OnePlus 8 Pro at an April 16th online event.