Although it took several months, Microsoft acknowledged a manufacturing error in the Surface Laptop 3 series and launched a repair program. Against the background, cracks appear on the display spontaneously. 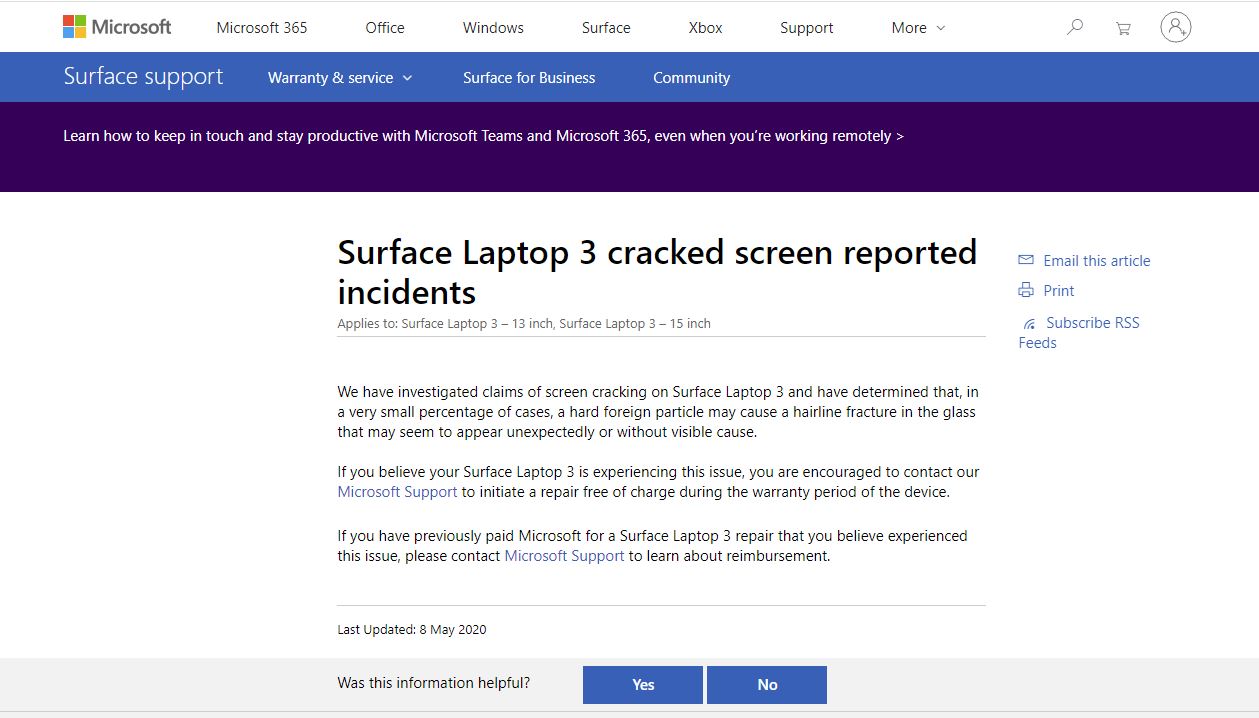 We have already reported on several issues about the new Surface Laptop 3, which was released last fall. Users reported that they suddenly noticed cracks in the display glass on their surface, unable to explain how they occurred. In February, Microsoft confirmed that such cases have often been reported, and the issue will be investigated. Now there is a result: this is a manufacturing defect, so Microsoft eliminates the corresponding damage for free.

Often, owners of Surface Laptop noticed 3 cracks on the screen, some even appeared in several places without mechanical stress. In a report on the Surface support site, Microsoft confirmed that in a very small percentage of cases, a solid foreign body can cause a hairline to crack on the glass, which can occur unexpectedly or for no apparent reason. It sounds a bit like turning on the display. Cracks or tears appear more often on the right side of the screen or throughout the screen.

The problem is limited to the models with aluminum housing. Models covered with the Alcantara fabric have so far not been affected.

Affected customers can contact Microsoft support. Refunds are available for all customers who have already paid for a repair. As far as is currently known, the new repair program only occurs during the warranty period of the device.

However, information about this is not yet available online, so it is advisable to contact support directly.

READ ALSO:   Microsoft will release this version of Windows only at the end of the year