Information from a reliable insider

The authoritative network informant Jon Prosser, who has proven himself well in past leaks related to Apple devices, Galaxy Note20 and not only. He has published information about the color options of the new Samsung smartphones.

So, smartphones line Samsung Galaxy Note20 will be available in black, white-gray, copper, and green (Mint Green) color options. While the next clamshell Samsung Galaxy Z Flip 5G will be offered in black and copper colors. 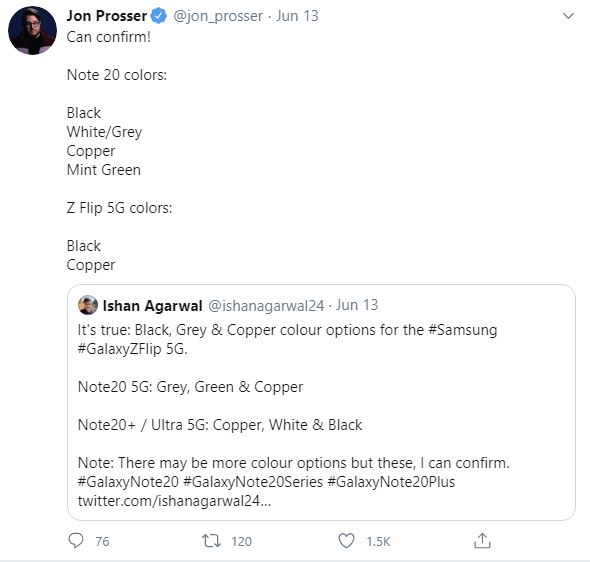 As for the Samsung Galaxy Note20, it will be a full-fledged flagship with a large screen, a good camera, and a stylus.

John Prosser was the first to announce the exact presentation dates for the new iPhone SE smartphone and MacBook Pro 13 laptop.

The experiment was probably successful, as the Korean giant will release at least the Galaxy S20 Lite later this year. It is known that the novelty will receive catalog numbers SM-G780 and SM-G781 (depending on the region). And the internal name of the device is Galaxy S20 Fan Edition.

There are no particular details about him. There will definitely be a version with 128 GB of flash memory. and Android 10 with the One UI 2.5 shell will act as the OS. But regarding the platform, everything is still foggy. The Galaxy S10 Lite was based on the Snapdragon 855, so we would expect the S20 Lite to get the Snapdragon 865. But we know that the current top-end Qualcomm platform is much more expensive than its predecessor, both in itself and in terms of its implementation in the smartphone. Therefore, it is likely that the S20 Lite will receive a different SoC. And if it is, for example, the Snapdragon 765G, the model will lose the main highlight of its predecessor.

The designer created an image of the Samsung Galaxy Fold 2 based on the latest information.

Recently, data on the screens of a flexible smartphone Samsung Galaxy Fold 2 hit the Web . Both displays will grow in size. Internal – up to 7.7 inches, external – up to 6.23 inches. In this case, the first will receive an operating mode with a frequency of 120 Hz.

And now, based on new data, the designer created a render showing the possible appearance of the upcoming device. 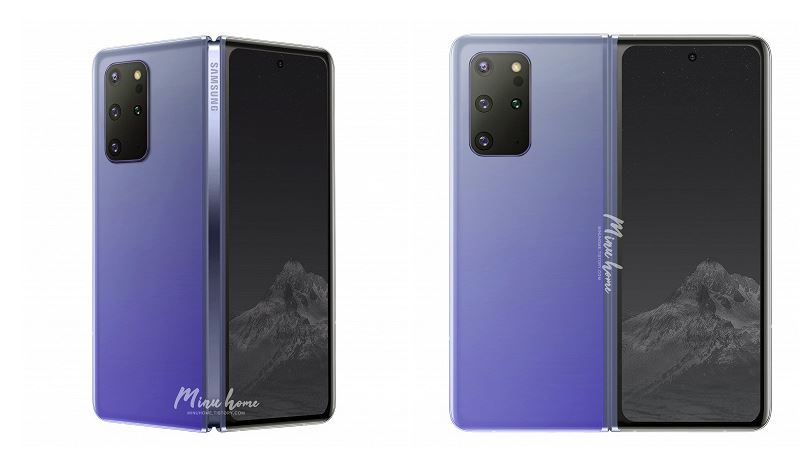 In this case, this is a render based on early leaks adjusted for the latest information about the screens. In general, real design can differ in many details and not only.

Recall, Samsung Galaxy Fold 2 should be presented on August 5 at the Samsung Unpacked event. On the same day, Samsung should show the Galaxy Note20 line and Galaxy Z Flip 2 clamshell. But Galaxy Buds Live headphones and Galaxy Watch 3 will be presented earlier.