Google Pixel 4a is a mid-range smartphone that is about to launch a search engine, which is also a simplified version of the flagship smartphone Pixel 4, released last year. Initially, the phone was planned to be launched a few months ago but has not yet been officially released.

The release of the Google Pixel 4a has been delayed several times, mainly due to market conditions caused by the coronavirus pandemic. Before the phone was released, he appeared on the FCC.

The FCC document lists three models – G025J, G025M, and G025N – first based on the US model, the other two may be versions for other regions. 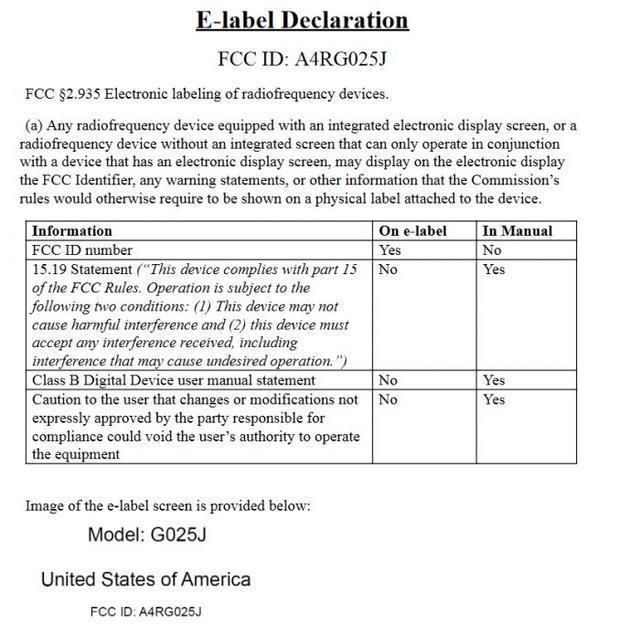 The back of this phone is very simple, only with the “G” logo. The layout is the same as on existing Pixel phones, except that no information about the phone was disclosed in the FCC list.

The Android 10 operating system will be pre-installed on this smartphone and will be powered by a 3080 mAh battery. It is expected that it will support the fast charging of 18 watts. The initial price of the phone can be 349 US dollars, about 2469 yuan.

It is expected that Google Pixel 4a will be released on July 13, but there are reports that it will be available from October this year.

Yesterday I have already talked about Google Pixel 4a certified by the FCC, 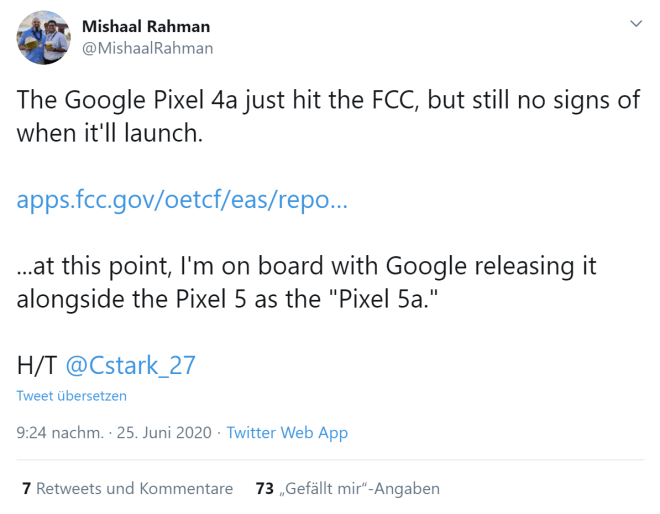 The device could appear as pixel 5a

Due to the long shift, it is possible that the Google Pixel 4a will not be released to the market under the name Pixel 4a. The search group could introduce a smartphone only in the fall and, thus, together with the future flagship model Pixel 5. Therefore, it would be possible for the device to be renamed without further delay and sold as Pixel 5a. However, since the packaging of the smartphone has already leaked, and the Pixel 4a has probably already been produced in sufficient quantities, renaming for Google is likely to be very time-consuming.

According to previous information, the Google Pixel 4a is a mid-range smartphone. For the 128 gigabyte version, you need 349 euros. The device is likely equipped with a Snapdragon 730, six gigabytes of RAM, and a 5.81-inch display. They say that the XL option has been completely removed this year.