After the first official photos for the press of the future Samsung Galaxy Watch appeared two days ago, more photos are now published. Recent marketing images now also contain a link to the launch date of the wearable. 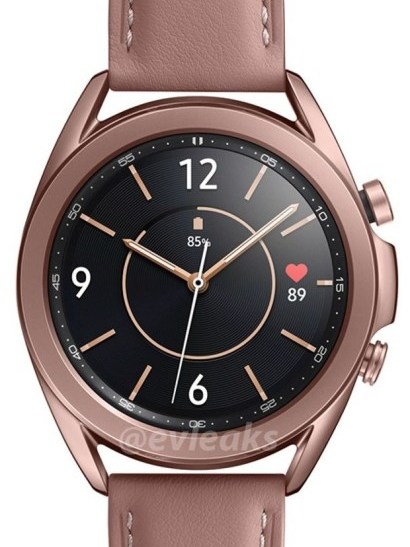 As with previously leaked images, the latest promotional materials were provided by Evan Blass. In addition to the time, “Wed 22” appears on one of the pictures. Which means Wednesday the 22nd of the month. The 22nd day of the upcoming month of July is also Wednesday.

In the past, the dates marked on the marketing images in many cases indicated the release date of the product. It is believed that this also applies to the Galaxy Watch 3. Accordingly, smartwatches should be released on July 22, 2020. The device is offered in two sizes, the case diameter of which is 41 and 45 millimeters, respectively.

It is not yet clear whether the Samsung Galaxy Watch 2 or Galaxy Watch 3 will actually be announced on July 22. It is possible that the South Korean electronics manufacturer postponed the date, and the press images that are now appearing are no longer relevant. So far, of course, Samsung has not yet commented on the new smartwatch. The launch date of the event can be officially confirmed in the coming days.

READ ALSO:   MIUI 12: For the first time, core animation is comparable to iOS

Just a few days ago, the first photo of the upcoming Galaxy Watch 3 was leaked. Now, there are more photos of Samsung smartwatches. The picture shows the wearable device when turned on. No detailed information about technical specifications.

The photos were posted by Twitter user TechTalkTV. The image confirms the previously known information about the design through the rotating bezel. Compared with the previous model, the edge is reduced a lot. Since these five pictures describe how the retail model of the watch is activated. These pictures may be from the leaked instruction manual.

The user interfaces visible in the photo will not bring any major surprises. Like previous models, Samsung’s own software Tizen OS can also run on the Galaxy Watch 3.

Currently, there is very little information on the datasheet of smartwatches. It is known which size Samsung Galaxy Watch 3 should be used. One model has a diameter of 41 mm and a display of 1.2 inches, and the other model has a size of 45 mm and is equipped with a 1.6-inch screen. Previous leaks indicate that the smartwatch may have 1 GB of RAM and 8 GB of memory.

So far, Samsung has not announced the official release date of the Galaxy Watch 3. It is believed that the smartwatch is likely to be launched next month and will be delivered from the beginning of August. However, it will not be possible to announce wearable devices together with the flagship smartphone Galaxy Note 20 until August 5, 2020.