This afternoon, Honor will conduct an online presentation of the new 5G product at a specific time of 14:30. The Honor 30 Youth Edition and Honor X10 Max will be officially released at this press conference. This conference will be a clash between trend and technology, and the 5G era will accelerate. 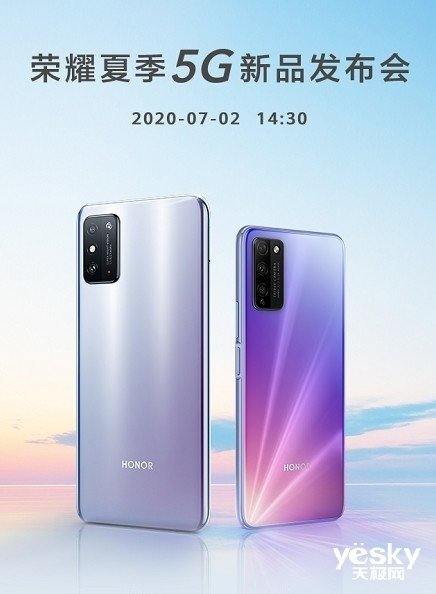 According to the officially announced schedule of the press conference, an hour-long warm-up will take place before 14:30, followed by the release of a new product for more than an hour. The press conference will be broadcast live on a number of e-commerce platforms. Such as the official website of Honor, Huawei Mall, Honor Mobile Weibo, Toutiao, and Baidu. Tianji will also witness the timely release of new products with you. 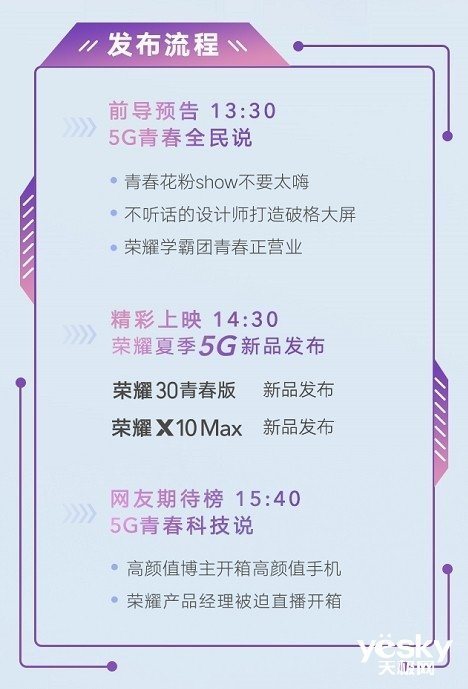 The configuration of the two new products of Honor 30 Youth Edition and Honor X10 Max was previously partially exposed, and we will summarize them here. 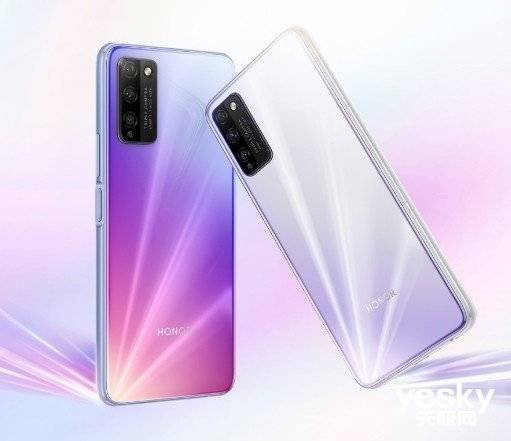 Honor X10 Max will be the first 5G large-screen mobile phone equipped with 7.09 inches. The screen pixels are arranged in RYBW. It is equipped with symmetrical dual speakers + dual SmartPA. In this way, the isolation of the left and right channels can be effectively improved. And the channel consistency is better. The built-in 5000mAh large battery should be very strong.

Regarding large-screen phones, users are most worried about battery life. Because of the larger the screen, the more power it consumes, which is inevitable.

However, the Honor X10 Max does not need to worry about battery life, because the official has previously announced that the aircraft will be equipped with a large capacity battery of 5000mAh.

READ ALSO:   Honor 30S back styling exposure: Beauty is born by the core 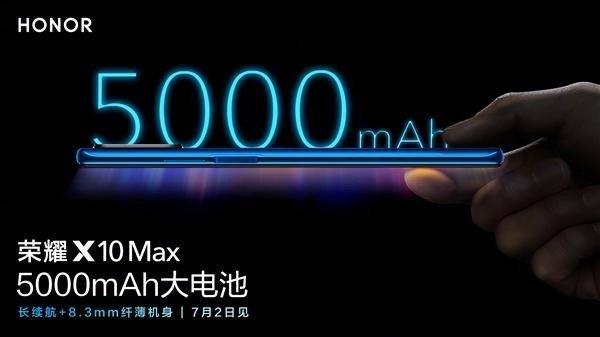 In addition, the vice president of Honor Business Department @荣老熊 also announced that the new Honor X10 Max 5G widescreen mobile phone “can save energy compared to a 4G large-screen mobile phone” thanks to the use of “black technology”.

According to Honor Bear, the reason that the new Honor X10 Max can provide more power savings is that the machine will use flagship RGBW display technology. Compared to the RGB screen, the Honor X10 Max screen can save up to 14% energy. Total energy savings of around 7%. At the same time, he also said that thanks to the support of intelligent AI energy-saving technology. The Honor X10 Max not only has an outstanding battery life in the current 7-inch 5G mobile phone but also saves more power than the 4G 8X Max, which is also a battery at 5000 mAh.

As for the core configuration, the device is equipped with a MediaTek Tianji 800 5G processor with 7nm technology, a 48MP main camera + 2MP camera with two cameras at the back, an 8MP camera at the front and supports 22.5W fast charging.

The Honor 30 Youth Edition is equipped with a 90Hz+180Hz silky full-speed screen and supports AI fast snapshots. There are at least two colors of white and pink-purple gradients. It inherits the glory of the Honor 30 series. In addition to the special reflection texture, the overall fashion personality route. It was revealed that the Honor 30 Youth Edition has a rear 48-megapixel AI triple camera with a 6.5-inch AMOLED screen.