In the Ryzen Pro 4000G series, AMD is introducing six all-new desktop APUs for business customers. The products are based on the new Ryzen 4000G chips that the company introduced to consumers today. Accordingly, the new product portfolio includes…

All three chips support SMT (Simultaneous Multitasking), and TDP is determined by AMD at 65W each. However, all three APUs are also available in a “GE” variant that runs at a slightly lower clock speed and a TDP of just 35W. The compute units (CUs) of the integrated graphics chip are about 60 percent faster than their predecessors. But the top model uses only eight CUs instead of eleven. So the graphics performance “only” increased to 19 percent. AMD summarizes the most important technical data in the table below:

Compared to the Ryzen 5 Pro 3400G, formerly AMD’s fastest desktop APU for business customers. The company promises huge performance gains. Not surprising as the Ryzen 7 Pro 4750G, with eight processor cores. It is twice as large as its predecessor.

And this becomes all too obvious in benchmarks: in Cinebench R20, the chip achieves about two and a half times the performance. The Ryzen 5 Pro 4650G can at least almost double the performance over the Ryzen 5 Pro 3400G. And this progress should also be felt in practice: AMD promises noticeable performance improvements in commonly used applications such as Microsoft Excel, Word, PowerPoint, or even web browsers.

No AMD product launch would be complete without peer-to-peer comparisons, with AMD promising 43% better performance per watt over the Intel Core i7-9700 with vPro. Overall, the Ryzen 7 Pro 4750G is 31% ahead of the competition in Cinebench, according to AMD’s Cinebench benchmarks. While PCMark 10 (Digital Content Creation) achieves 72%. 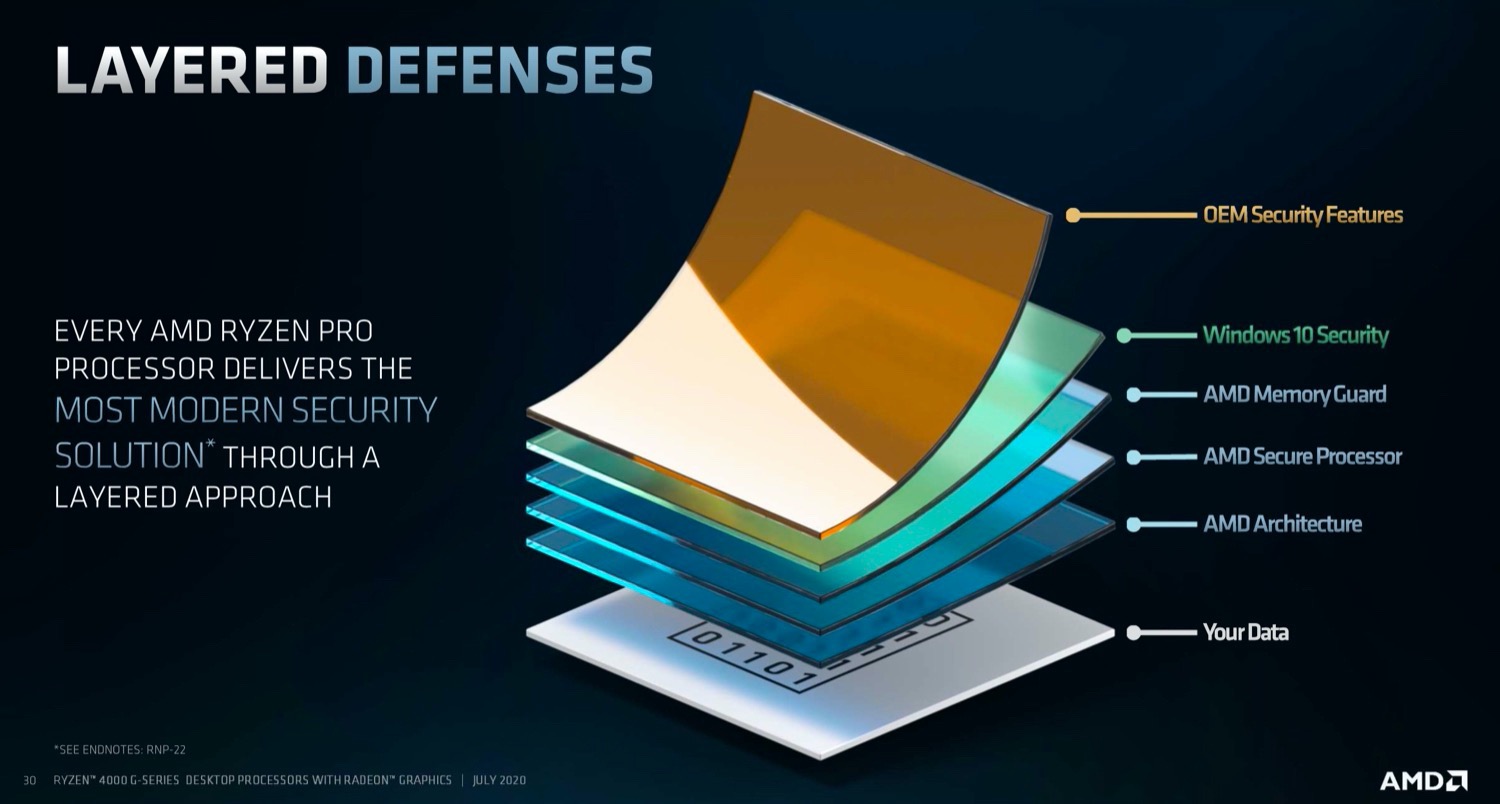