Realme today added three new smartphones to its relatively young Narzo sub-brand. Depending on the model. There are some exciting features.

Realme Narzo 20 sits comfortably between 20A and 20 Pro. The device receives a 6,000 mAh battery that is impressive. It can be charged to 18 watts via USB-C. The device has a 6.5-inch display with only HD+ resolution. Even if the wide “chin” below the screen may disturb some users, its 88.7% screen-to-body ratio is good.

Internally, the MediaTek Helio G85 is used with 4 GB RAM and 64 GB or 128 GB flash memory. The memory can be expanded using a microSD card reader. On the front there is an 8MP AI selfie camera located in a small waterdrop notch, and the square module on the back houses a 48-megapixel f/1.8 wide-angle camera with a 1/2-inch sensor, an 8 MP ultra-wide-angle lens camera, and a macro camera. There are also dual SIM cards and fingerprint sensors on the back. 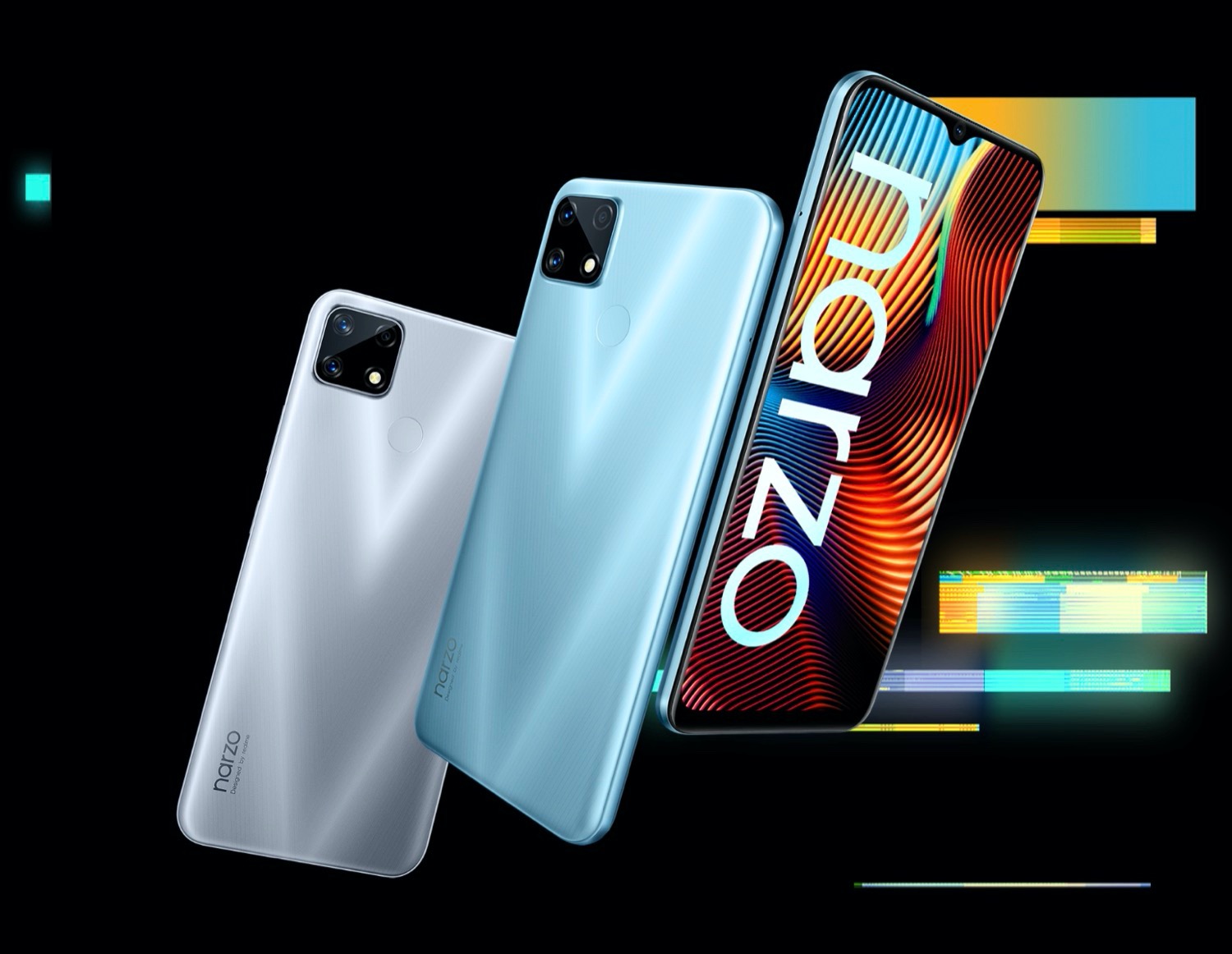 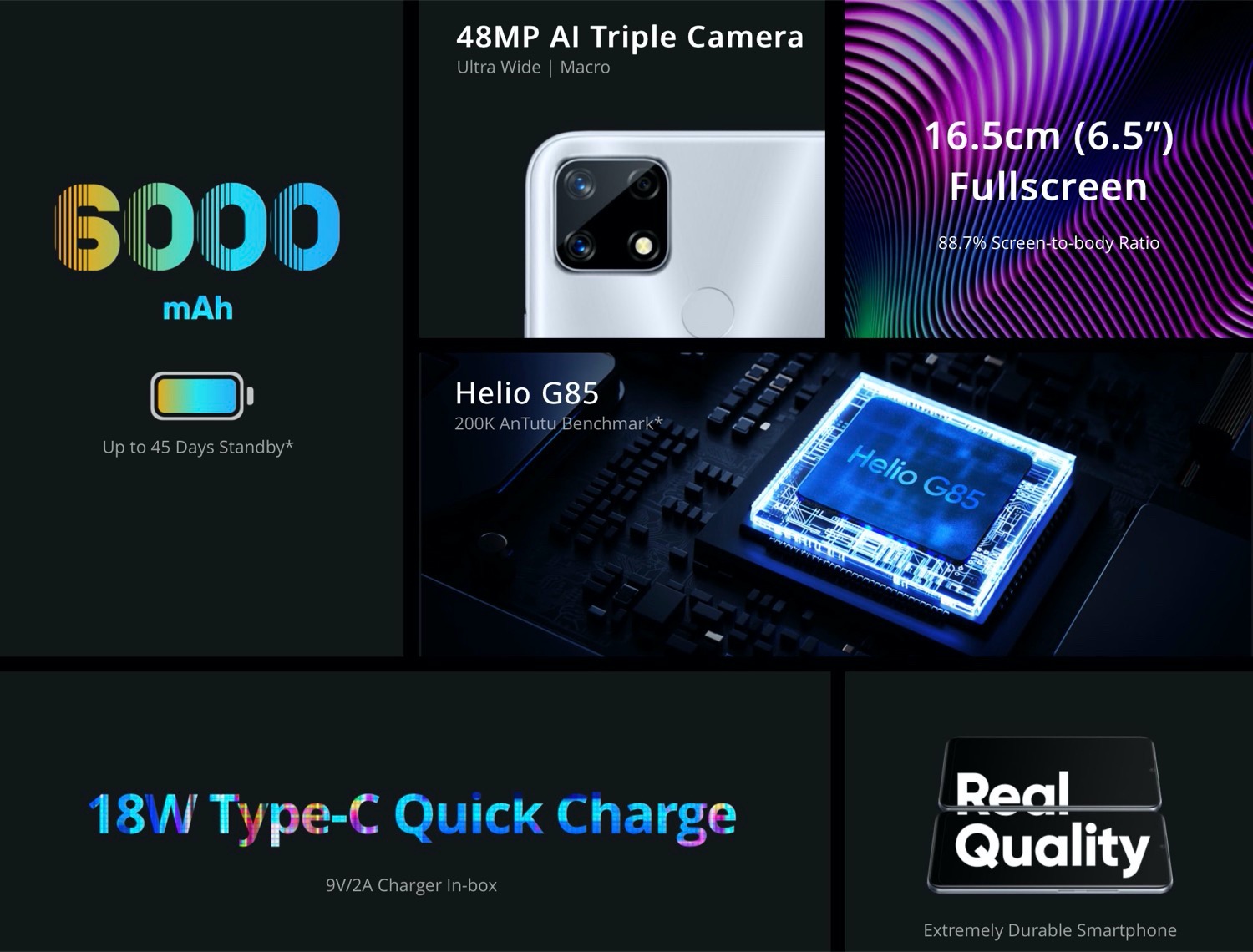 The 20A is the entry-level model of the new Narzo product series, especially in the battery and camera cuts.  It is not wrong to say the buyer must be satisfied with the 5,000 mAh and 12-megapixel main camera. Realme Narzo 20A can only be supported by black and white and then Round up “retro” cameras. After all, this model also relies on the 8 MP AI selfie camera.

On the other hand, strangely, the Narzo 20A’s 6.5-inch display has 2,400 x 1,080 pixels, which has a significantly higher resolution than the more expensive models. But does not have a fast charging function like USB-C-the device uses the old micro -USB connector.

The smartphone is driven by Qualcomm Snapdragon665, depending on the model, you will get 3 or 4 GB of RAM and 32 or 64 GB of flash memory, and like the Narzo 20. It can be expanded via a microSD memory card.

The color of Narzo 20A is the same as Narzo 20. The price starts at 8,499 Indian rupees (about 98 euros). Athough there is currently no information about the global launch of this model. 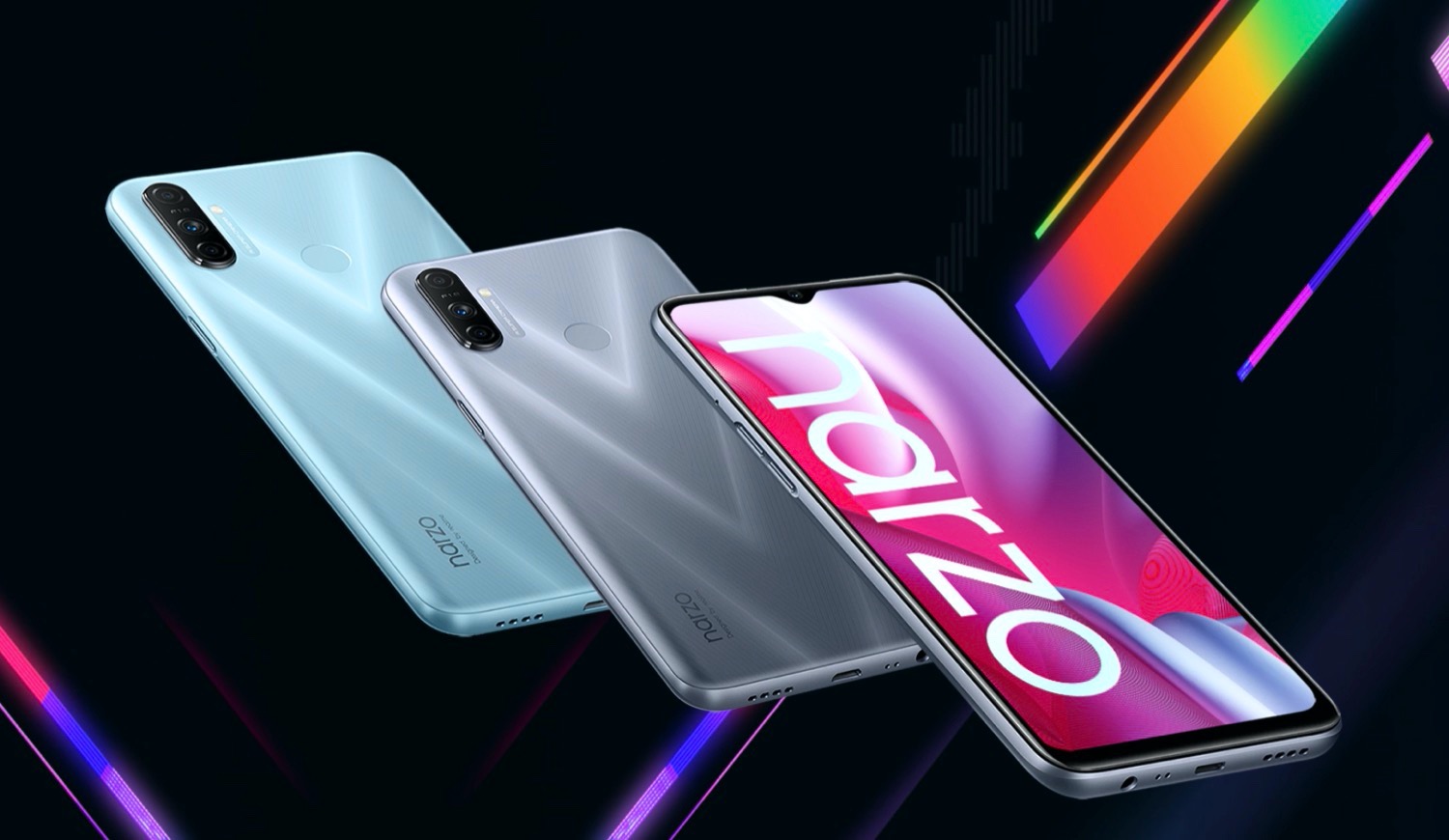 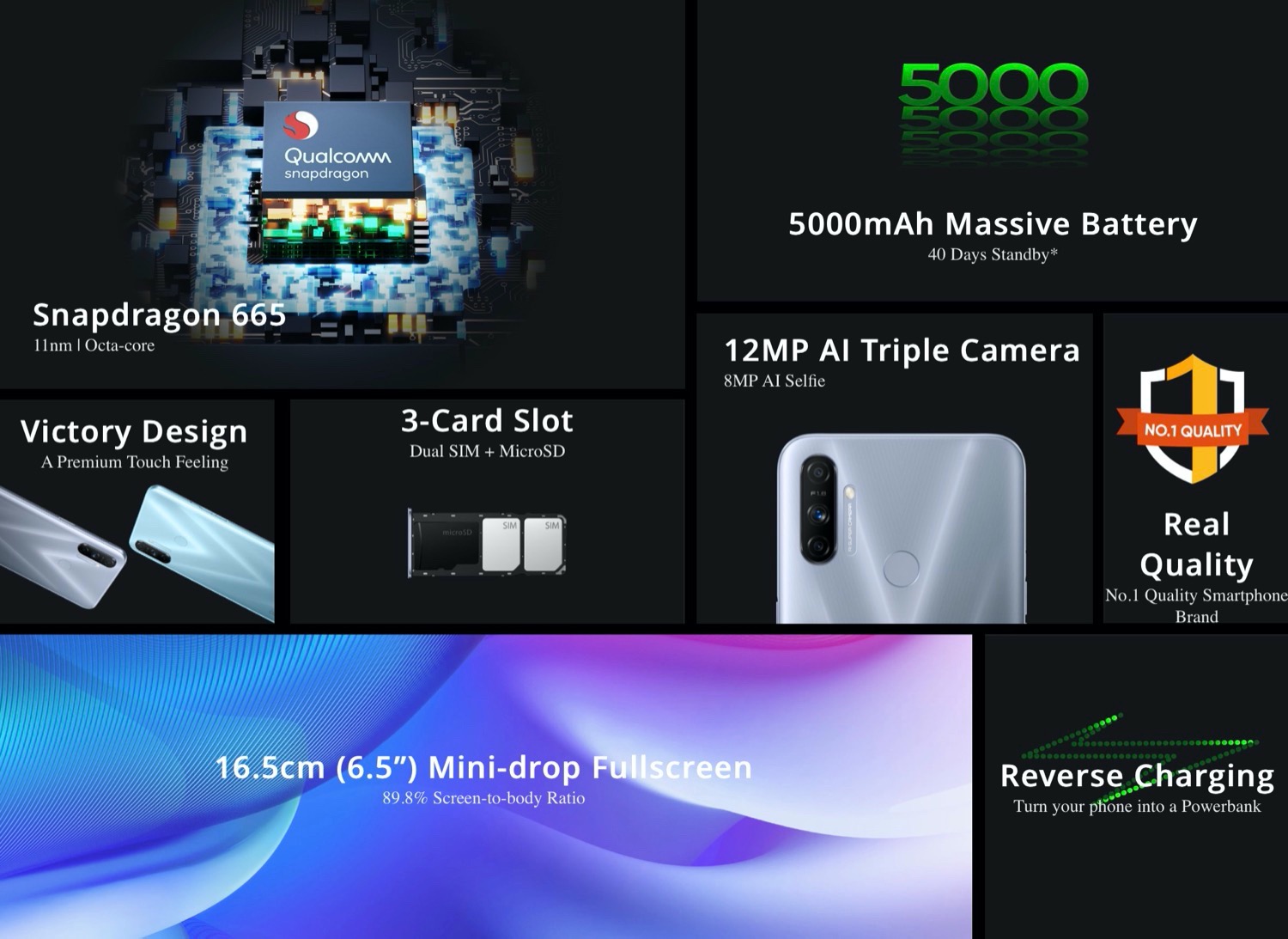 Realme Narzo 20 Pro dares to venture into the middle class

Although Narzo 20 and Narzo 20A focus on the entry-level market,.The most expensive Narzo 20 is positioned as a mid-range smartphone. The Chinese company relies on MediaTek Helio G95 and a 4,500 mAh battery, which can be charged to 65 watts via USB-C. Storage devices are also much better, depending on the model, buyers can get 6 to 8 GB of RAM and 64 to 128 GB of flash memory. realme Narzo also including a microSD card reader.

The 6.5-inch FHD+ display not only has a narrower frame and a 90.5% screen-to-body ratio but also has a frame rate of at least 90 Hz. The sensor has a higher resolution of 16 megapixels. On the back, there is a 48 MP main camera, an 8 MP ultra-wide-angle camera, a macro camera, and a black and white portrait camera. The fingerprint sensor is located in the power button.

Narzo 20 Pro is available in India in white knight and black ninja colors. Narzo 20 pro is starting at 14,999 Indian rupees (approximately 172 euros). Information on European prices and availability is unclear. 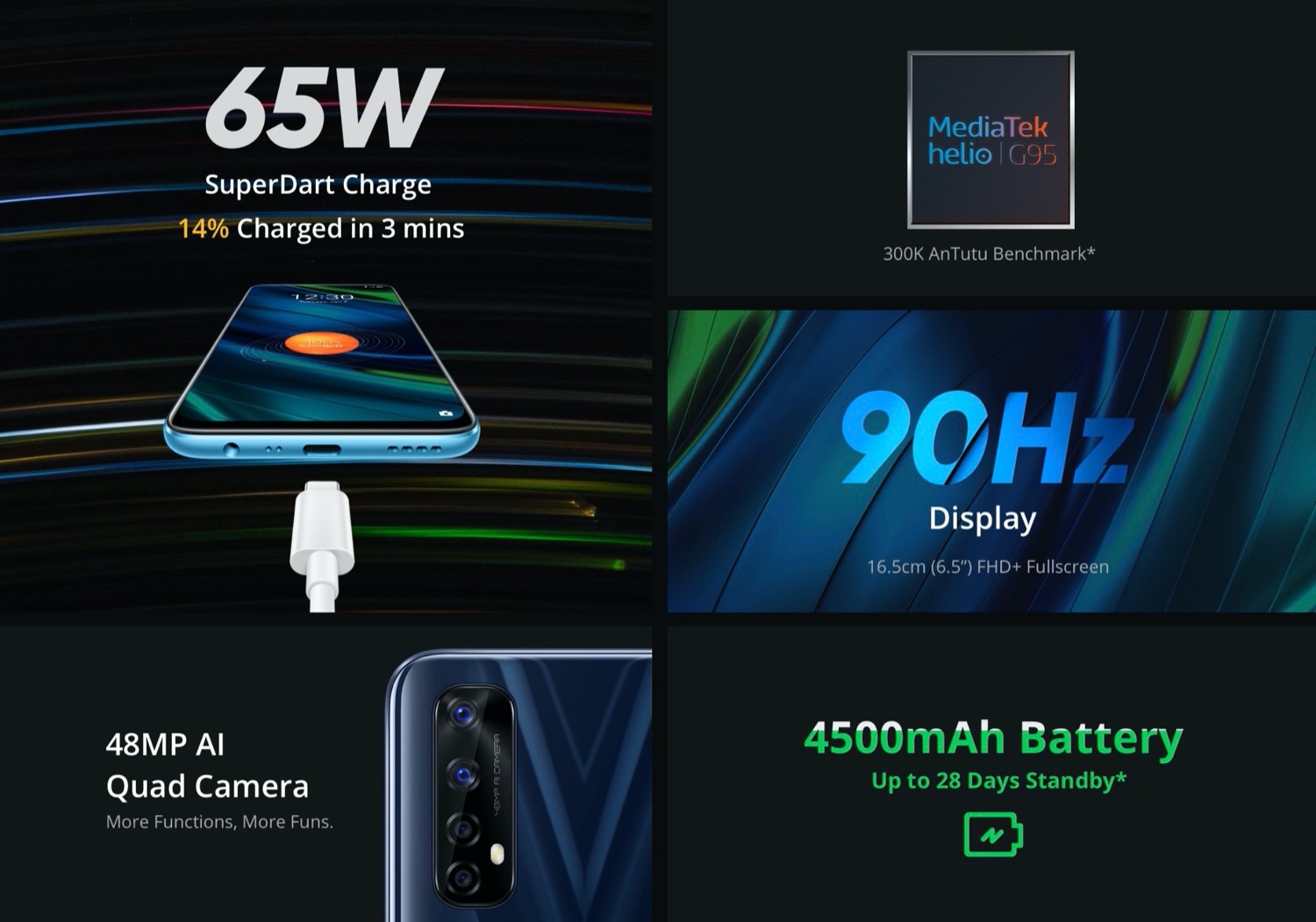 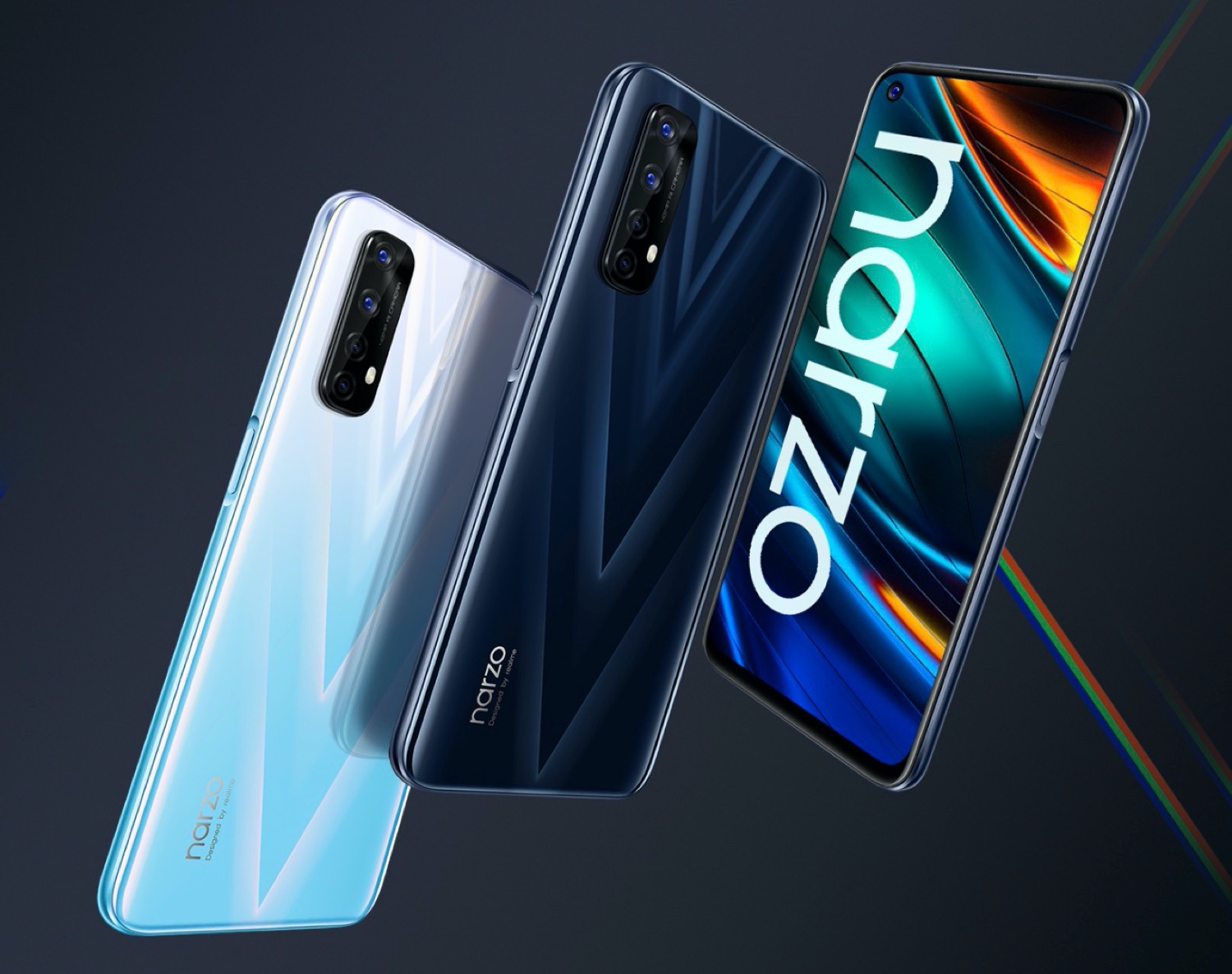