After the launch of Apple Watch Series 6,iPad 8th gen, and iPad Air at the conference on 15 Sep 2020, Now the iPhone 12 series will be released has become a hot topic for Apple’s next event this year. In a previous event, Apple gives a hint of the next event on September 30 that’s why many fans have speculated that this was the date of Apple announced the new iPhone. 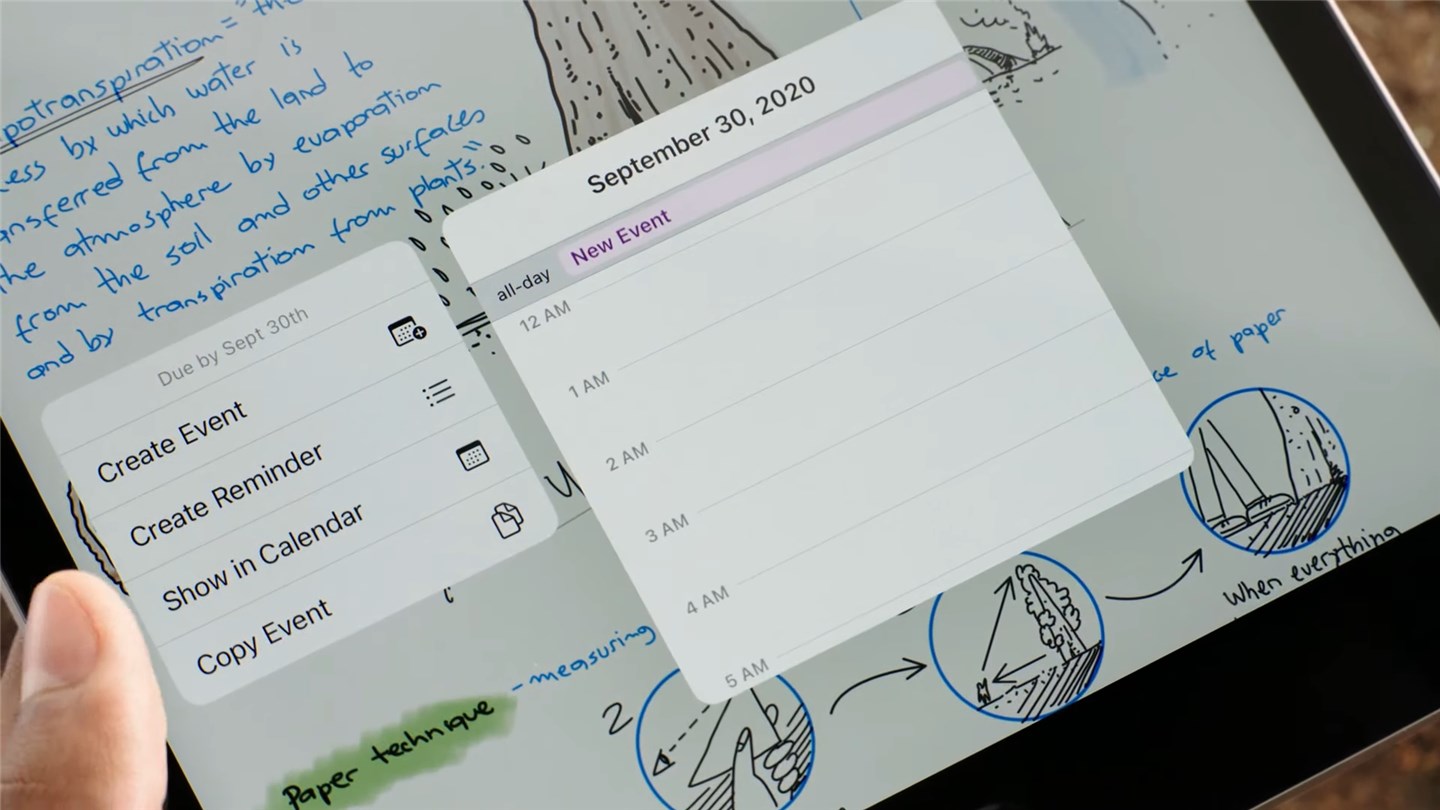 Recently, Taiwan-based digital Youtuber Apple Daddy broke the news about the “second half” of Apple’s fall conference. According to his news, Apple will announce a specific conference time on September 29th and AirPods Studio will also come with the iPhone 12 series.

Here is the news that he reported.

According to his news, AirPods Studio will use the standard USB-C interface for charging, as well as automatic left and right ear detection and the AirPods Pro’s current unique Spatial Audio feature. In addition, this product will also feature the interchangeable magnetic earbuds previously predicted by Bloomberg.

In terms of color matching, AirPods Studio will be available in two colors: space gray/white.

As for the news about the iPhone 12, he broke the news on three aspects: camera, body appearance, and internal configuration. According to him, his source of information is exactly the same as that of the Weibo blogger, and the Weibo blogger completed the correct comprehensive exposure of the “first half” of the fall conference. This source even used the words of the conference. And some of the specific details are mostly completely accurate. Therefore, he is completely confident in the reliability of this source.

First, he talked about the thickness of the iPhone 12. According to his news, the 5.4-inch iPhone 12 will be the thickest at 8.1mm, just like the current iPhone 11 Pro / Max. The bangs will be generally reduced in size, which is consistent with Guo Mingchi’s previous revelations because the upper left and right corners need to display content normally.

The other three iPhones are 7.4mm thick, which is 0.1mm thicker than the current new iPhone SE. 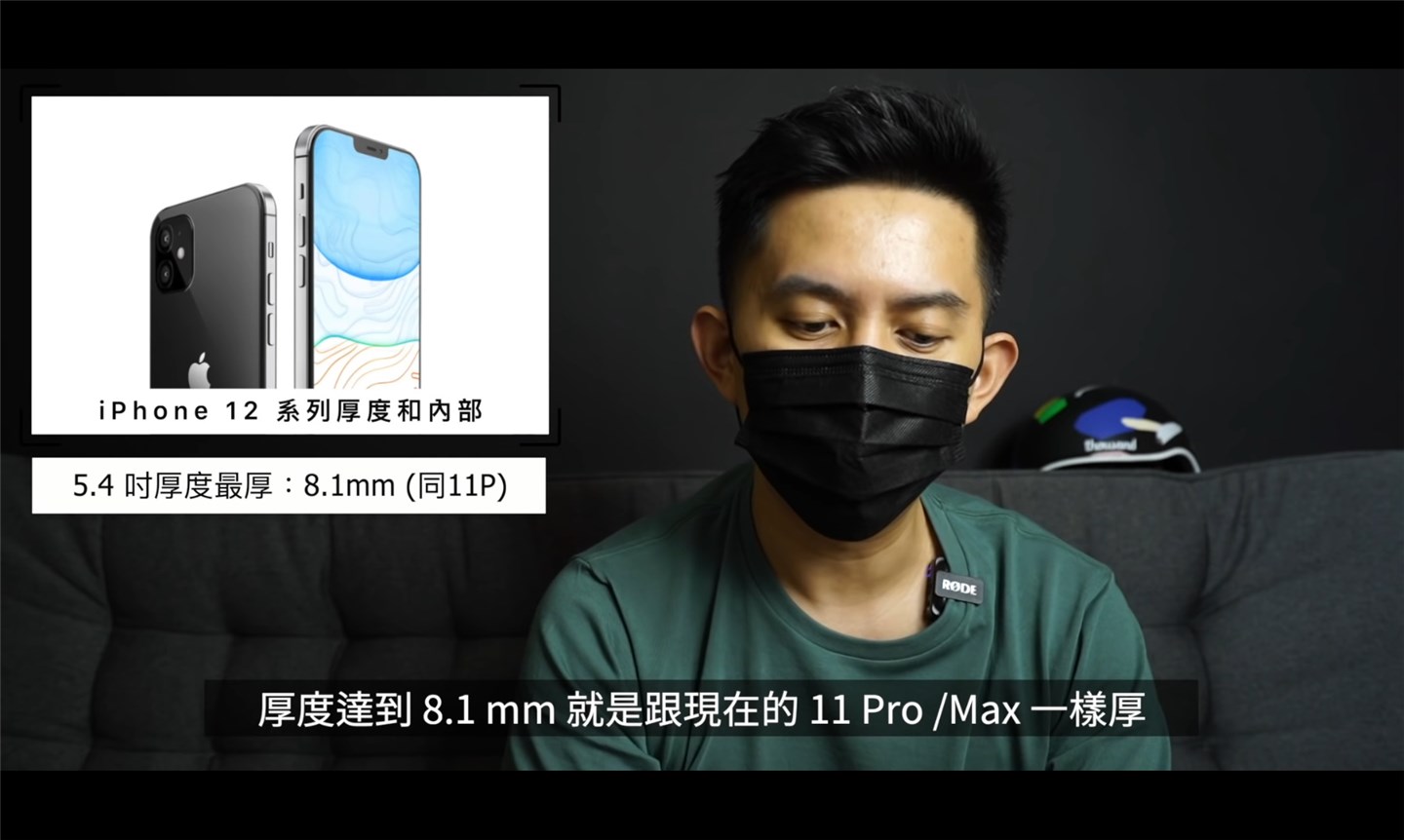 The interior is still a 3-layer motherboard design, and the Pro Series back will have a new carbon fiber rear panel in the middle frame. Apple is further improving the iPhone 12 Pro’s drop resistance. 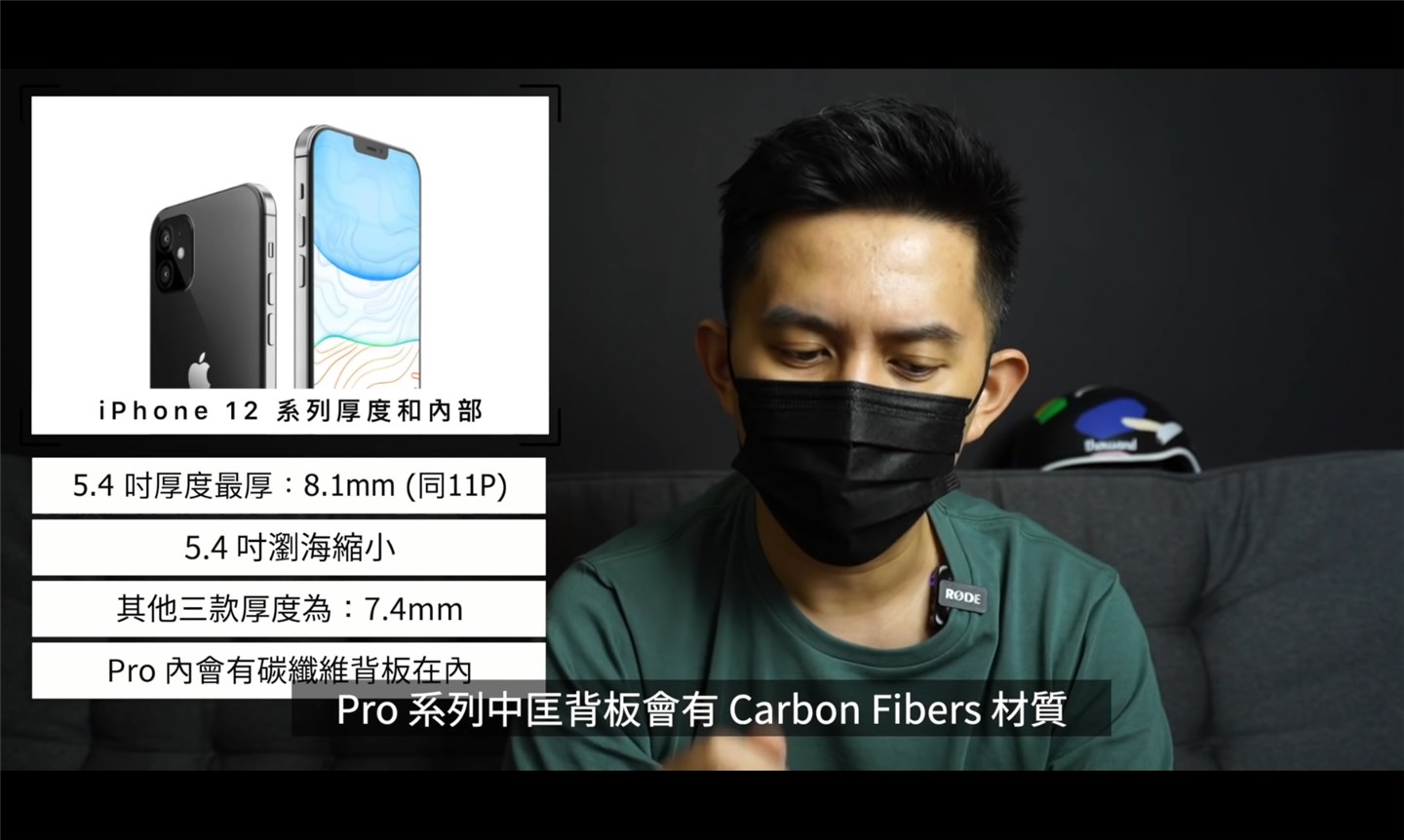 There one-to-one magnetic charging will be released but the AirPower charging pad which charges multiple devices at the same time has not yet been released. 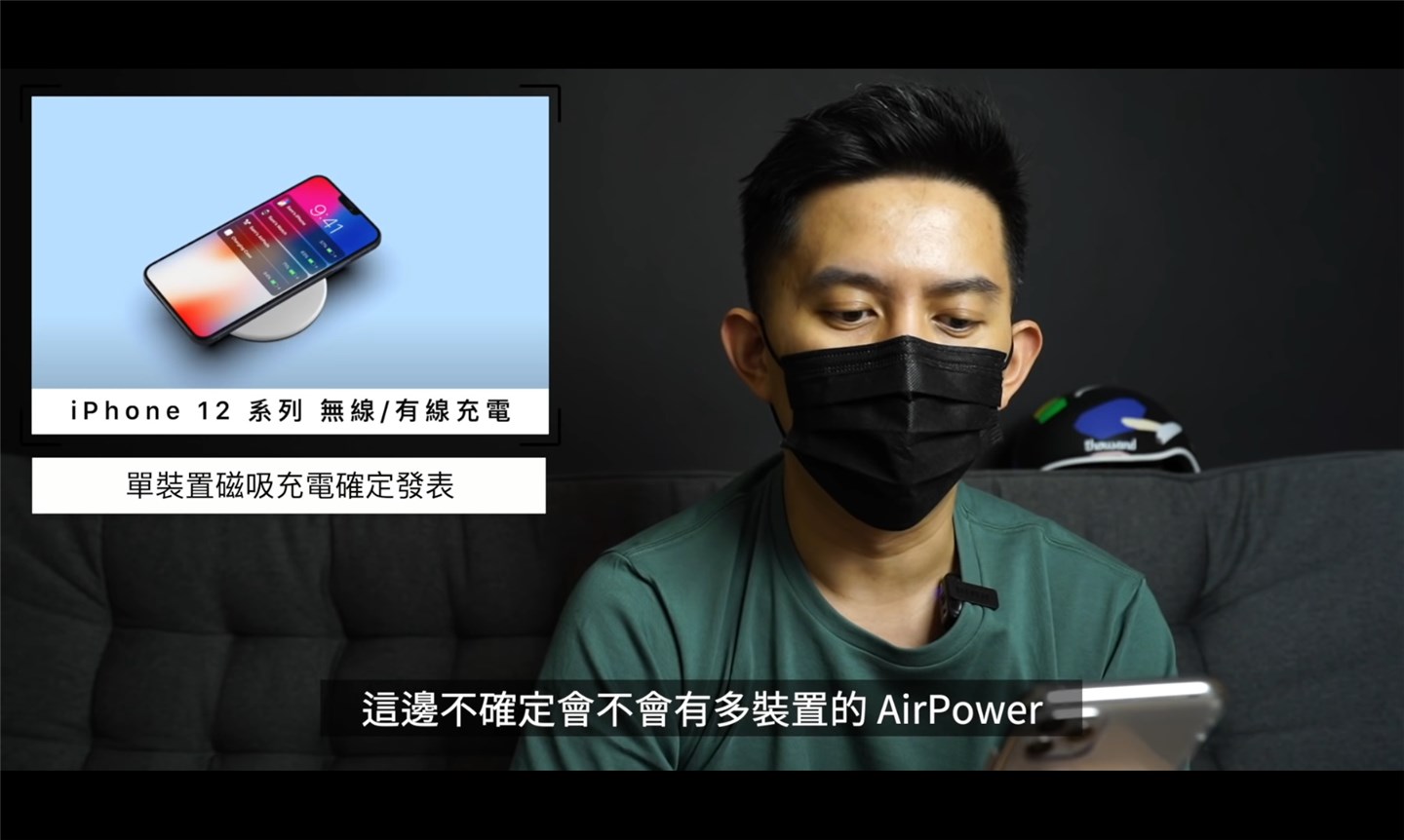 The iPhone 12 Pro Max is equipped with high refresh rate technology when it leaves the factory. But Apple has blocked this feature through software and is unlikely to be unlocked. So the entire iPhone 12 series will not have a 120Hz refresh rate. 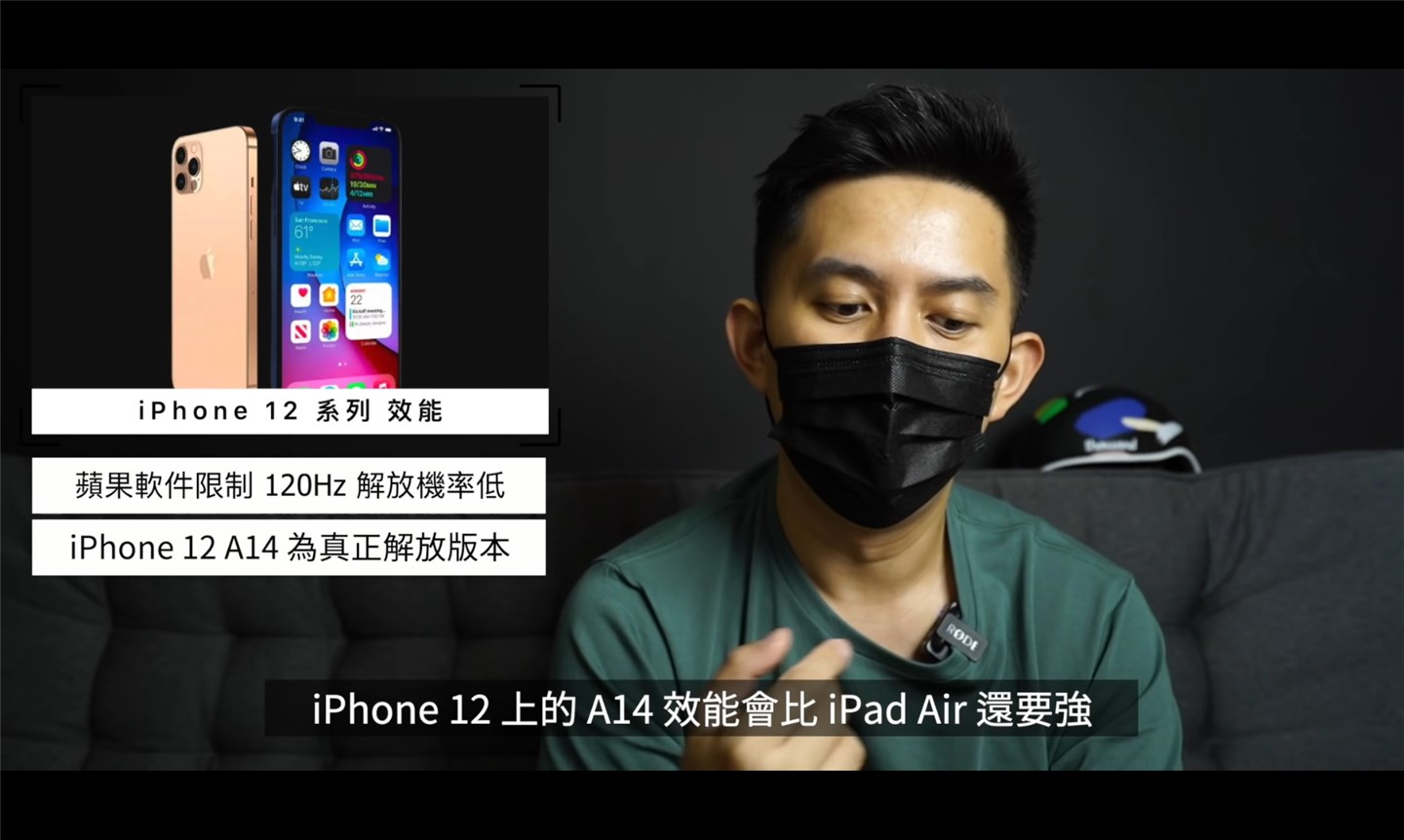 As for the camera and LiDAR sensor is concerned, he said the iPhone 12 Pro will be a quarter smaller than the iPad Pro, and the LiDAR features of the two products do not match. The first is aimed at improving the quality of shooting, and the second is more AR-oriented.

The iPhone 12 Pro Max is expected to support two major anti-shake technologies, Sensor-Shift and OIS. All three cameras are 1 / 1.7-inch sensors and can shoot HDR video at up to 4K 120fps. It also supports 4K 120fps or 240fps slow-motion video. It Shows the powerful processing power of the A14 chip.

The main camera sensor of the other three products is 1 / 2.55-inch that consistent with the previous generation. 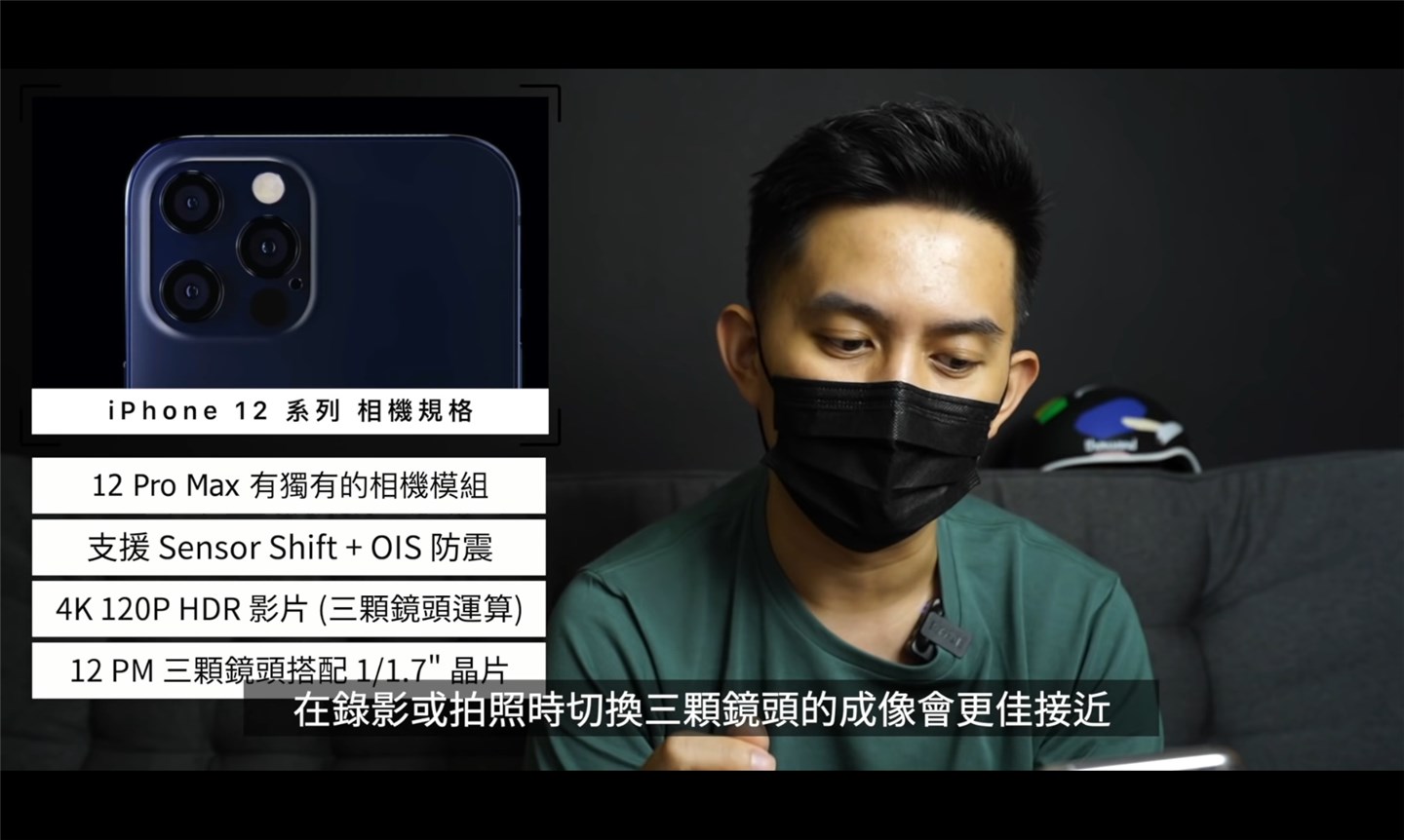 From the latest news, it is certain that the “second half” of this fall conference will revolve around the “magnetic attraction” function. In addition, the iPhone will no longer “squeeze out toothpaste” for photography, which will be a very interesting development. The big improvement in shooting ability will be an important reason for many iPhone lovers to start with the very best iPhone.

There have been news rumors and leaks that Apple will be launching the 5.4 inches iPhone 12. it is the smallest smartphone since the iPhone 8

The well-known Leaker @ L0vetodream revealed in the embedded tweet how the four iPhone 12 models should be called. There are surprises because the names of the two cheaper models differ from past leaks. According to him the smallest model with the 5.4 inch OLED display should not simply be called “iPhone 12”, but rather “iPhone 12 mini”. While the 6.1-inch model is presented simply as “iPhone 12” instead of “iPhone 12 Max”.

The names of the Pro models, however, will not change, Apple should, as expected, stick to “iPhone 12 Pro” and “iPhone 12 Pro Max”. These terms would make sense, especially since the iPhone 12 and iPhone 12 Pro have the same screen size so that differentiation should be much easier for many customers.