Huawei has already officially launched the Huawei Watch GT 2 Pro, but the special Porsche Edition is still pending. Exactly that could be seen at short notice as a hands-on video and left traces that cannot be easily removed even with “Blitzdings”. 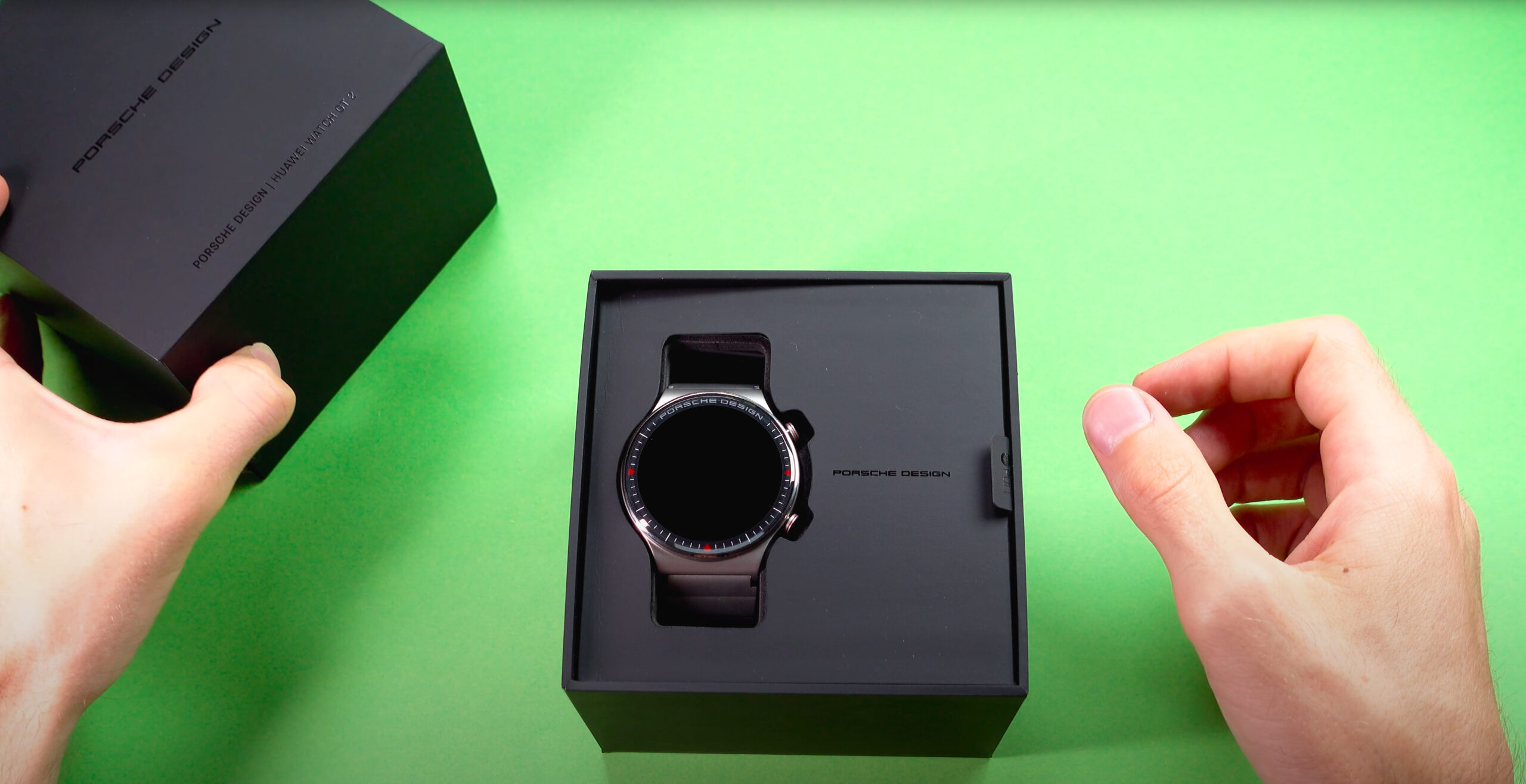 The Internet forgets nothing – unfortunately that still applies if you try to hide the traces of a leaked hands-on video on the Porsche Edition of the Huawei Watch GT 2 Pro with the “Blitz thing” from Men in Black. The video itself was no longer so easy to find, but thanks to the attentive US speaker Evan Blass, some screenshots landed on the web.

The original leaker definitely takes it with humor and we can take a look in advance at the even more elegant and probably much more expensive Huawei Watch GT2 Pro in Porsche design. Which is delivered in black packaging and with a titanium case. The Porsche Edition can also be recognized by the corresponding lettering on the bezel, and it is no coincidence that the watch face is reminiscent of the dashboard of a sleek sports car.

Yesterday @TechgarageNews apparently jumped the gun and posted an unboxing video of the Huawei Watch GT2 Pro Porsche Design edition too early. But, you know, there are always screenshots. pic.twitter.com/Zc6tQam9Ux

At most, the Huawei app, which identifies the watch itself as a Porsche Edition. But then speaks of band notifications, will find something unsuitable. In terms of specifications, we do not expect any changes to the regular Huawei Watch GT 2 Pro. Which you can see here in our hands-on video and which can currently be ordered for 299 euros as part of a pre-order campaign with body fat scales. How much the Huawei Watch GT 2 Pro Porsche Edition will cost and when Huawei will offer it in this country is not yet known.