The RTX 3090/3080 is equipped with GDDR6X video memory for the first time. For now, Micron exclusively supplies it.

However, the video memory bandwidth or speed is 19Gbps, although it is much higher than GDDR6, in fact, Micron has already mass-produced 21Gbps products, why didn’t NVIDIA adopt it?

Obviously it is not a problem of production capacity. Igor’s Lab in Germany found that it was actually due to heat.

Igor’s Lab used a secret smear material and software. After running the 4K resolution “Witcher 3” for 30 minutes, it reads that the maximum temperature of the video memory has reached 104 degrees Celsius, and the difference with the backboard temperature has reached 20 degrees. 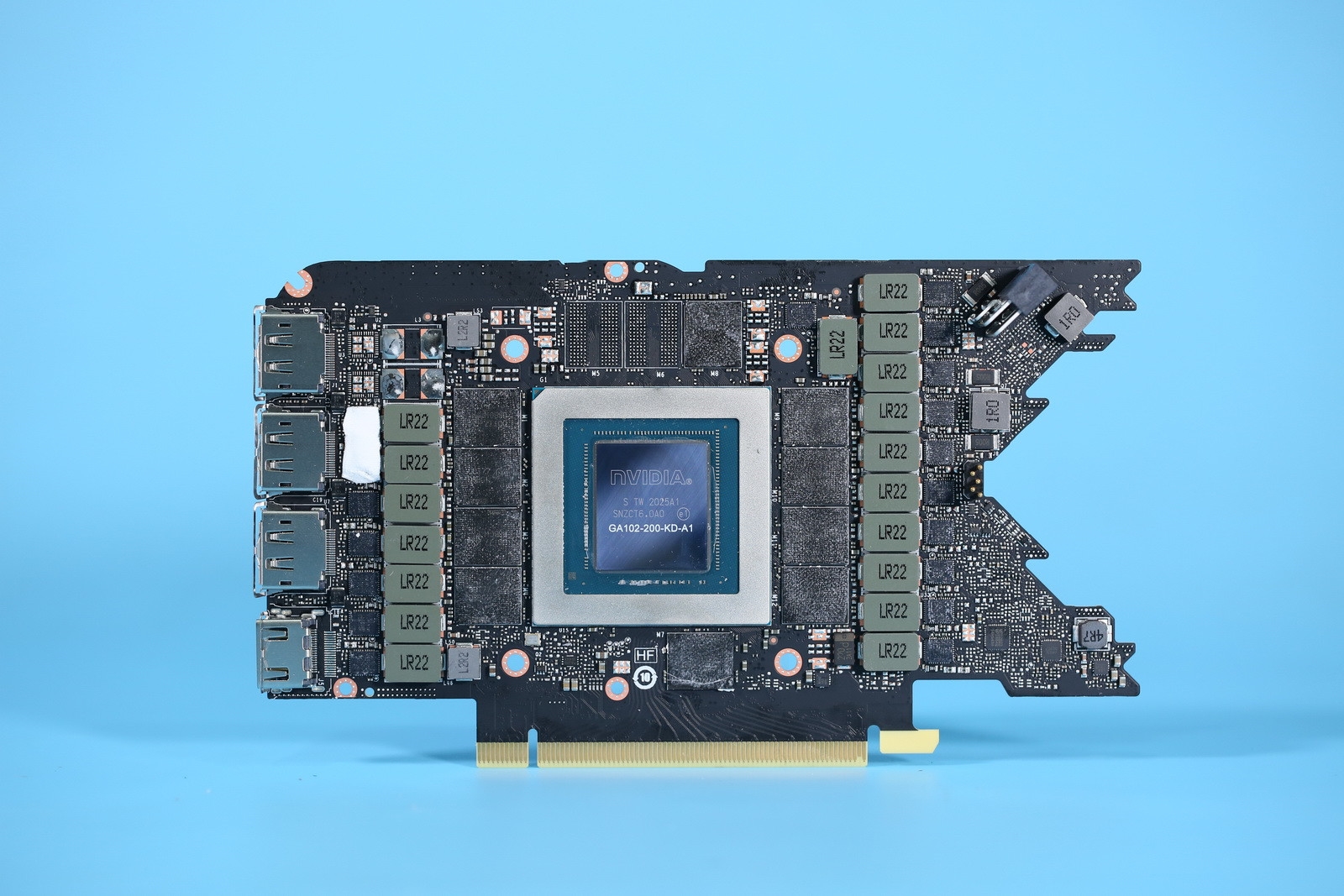 Igor’s Lab also recommends heating pads on the backplane and PCB board support to cool down about 4 degrees.

Obviously, if 21Gbps video memory is used, the heat dissipation design of the public version will have to be overturned. Taking the RTX 3080 as an example, the 320-watt TDP is definitely not enough.