Some iPhone 7 series users that have updated to iOS 14 reported multiple bugs that prevented the camera and LED lights from being used.

Apple has enhanced camera and microphone security keys on iOS 14 / iPad OS 14. It is showing indicators when using the camera/microphone and allowing only selected photos when accessing the photo library from the app. This bug may be related to these privacy features. But there seems to be no way to fix the bug at the moment. Therefore, please be careful if you are an iPhone 7 user. 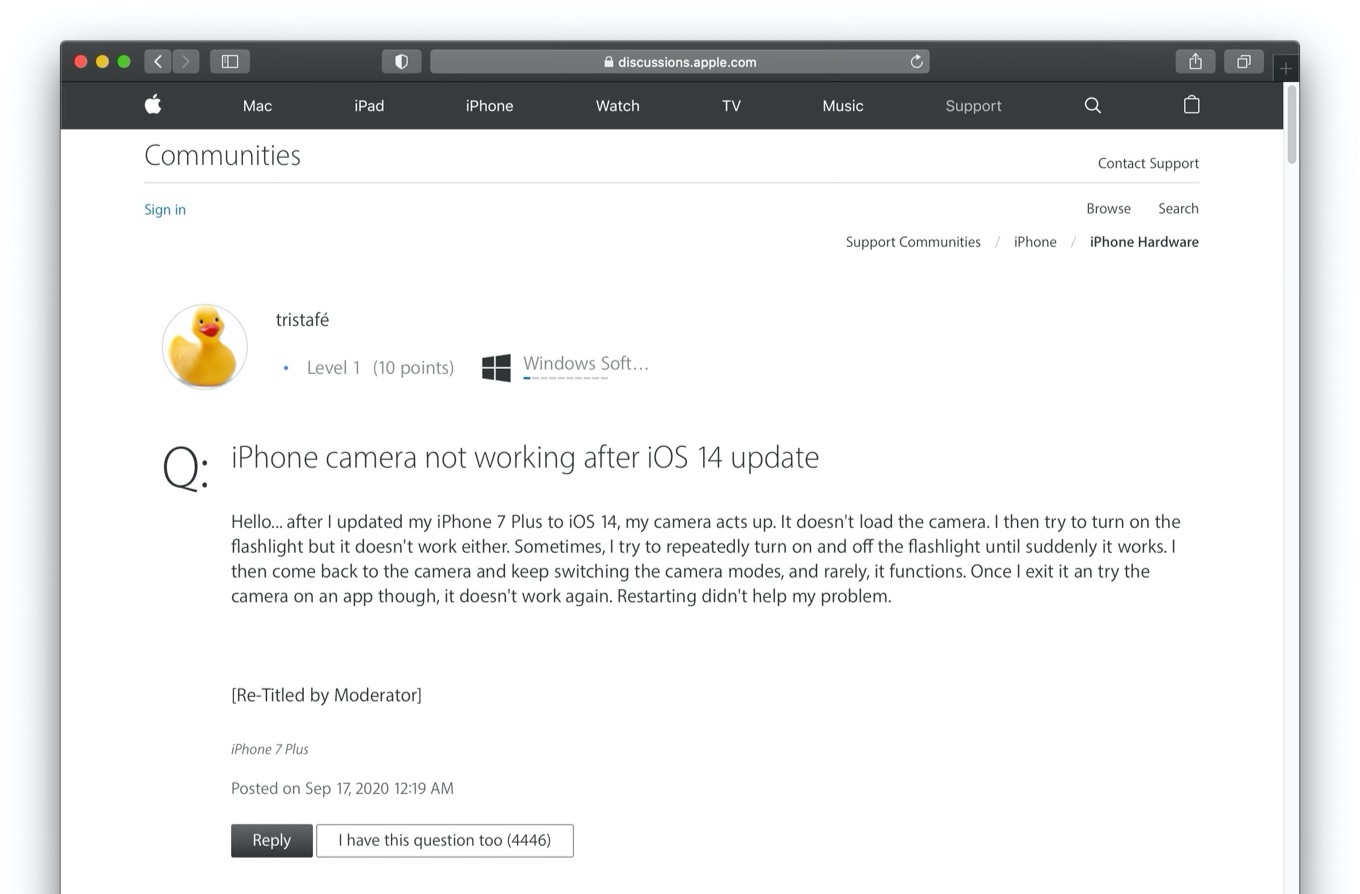 This is said to be true not only of the genuine iPhone camera app but also apps like Snapchat and Instagram that use the camera.

Several cases have also been reported by domestic Twitter users.

My iPhone 7+ camera din't work after updating to IOS 14, after turn on & off & reset went to slow-mo and held the red button down and the camera worked. Now it's back to black screen again @Apple @AppleSupport pic.twitter.com/xu1RbQoQhg

No solution at this time

At the moment, no solution to this problem has been found. So it seems that we can only look forward to future iOS updates.

READ ALSO:   3M sticky note app "Post-it for iOS" is compatible with iOS 14 widgets and can be synchronized with Mac apps in iCloud.

In iOS14, for the purpose of privacy protection, a green dot is displayed in the upper right corner of the screen to notify the user while using the camera. But the relationship between this new feature and the bug is unknown.

In iOS14, even if you change the default browser and mail application, it will return to the original when restarted. Secondly, if you place the “clock” widget on the home screen, the time will shift, and the App Bugs in the Store and shortcut apps have been reported.