Over the last several months there have been many different rumors circulating on the Internet about the possible Nintendo Switch Pro. Now, Game Developer providing another indication that the much more powerful hybrid console is already in the works. Apparently, games are already being prepared for the upgrade and they should benefit from the stronger hardware even without a patch.

The Rumors about a more powerful model of the Nintendo Switch are slowly growing. According to Bloomberg, the console will be launched on the market in early 2021. It should be able to display 4K content. The certification already has indications of the innovations delivered and Nintendo developer has apparently already asked their Switch games to make 4K-ready. 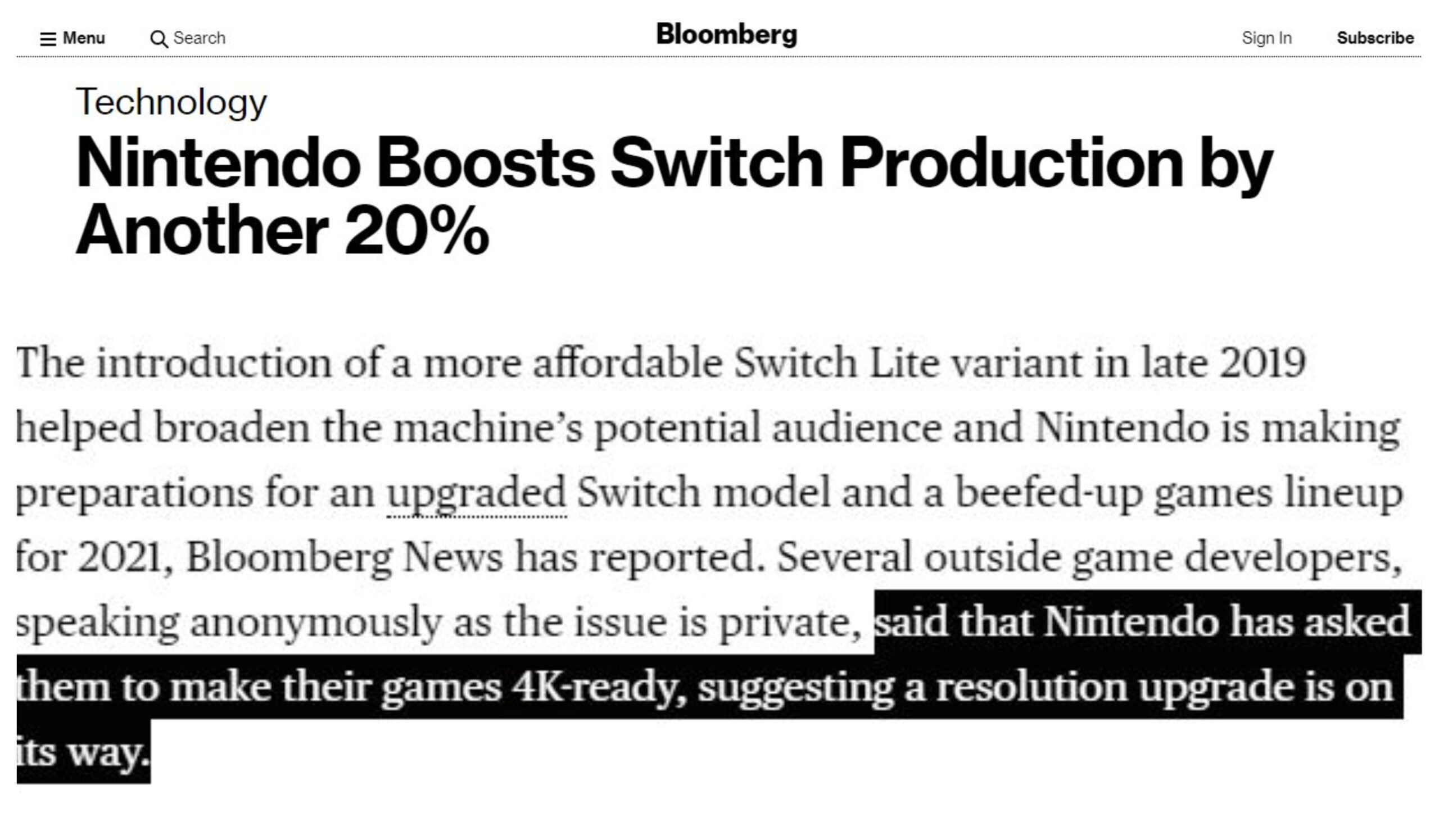 Now, the developer Dusk Golem pointed in a tweet that many new Switch games are equipped with an unopened frame rate. In his opinion, the upcoming Pro Console is the reason for this approach. as the corresponding games are due to the stronger hardware that could display significantly more frames per second without the need for an update.

I know the Switch "Pro" rumors are true, and the reason a lot of Switch games recently have been keeping their frame rate unlocked is to have an easy performance boost on it. https://t.co/GxODxxWOfB

That’s just one more piece of the puzzle that may turn out to be a Switch Pro in just a few months. Existing games should not only benefit from the stronger hardware with an unlocked frame rate: Many Switch games use a dynamic resolution – in the case of Wolfenstein 2, according to Digital Foundry, the resolution even drops to only 360p in places, so the display quality could clearly benefit from additional performance benefit.

READ ALSO:   Apparently, not only customers are confused by the Xbox names, but also Microsoft itself.

Loading times should also become an important issue when the PlayStation 5 and Xbox Series X with their fast SSDs are only on the market. Nintendo will hardly be able to compete with this on paper. But that is not necessary either. Games on the Switch often require significantly less memory due to the mostly lower-resolution assets. So that fewer data has to be loaded. In any case, the stronger Nintendo Switch Pro should make the gaming market much more exciting in the coming year.

IPhone 7 series with iOS14, camera and LED light do not work