Young brand Realme surprised the market with new and new high quality and affordable new products, better than each other. It so happened that the company managed to become the first to release its affordable “64MP quad-camera,” as it is now customary to release similar smartphones almost simultaneously. And yet, the Real XT was the first, and in principle, it deserves the closest attention, as it has all the same “people’s phones” conspiracies, whose name has long since lost its value. Is. 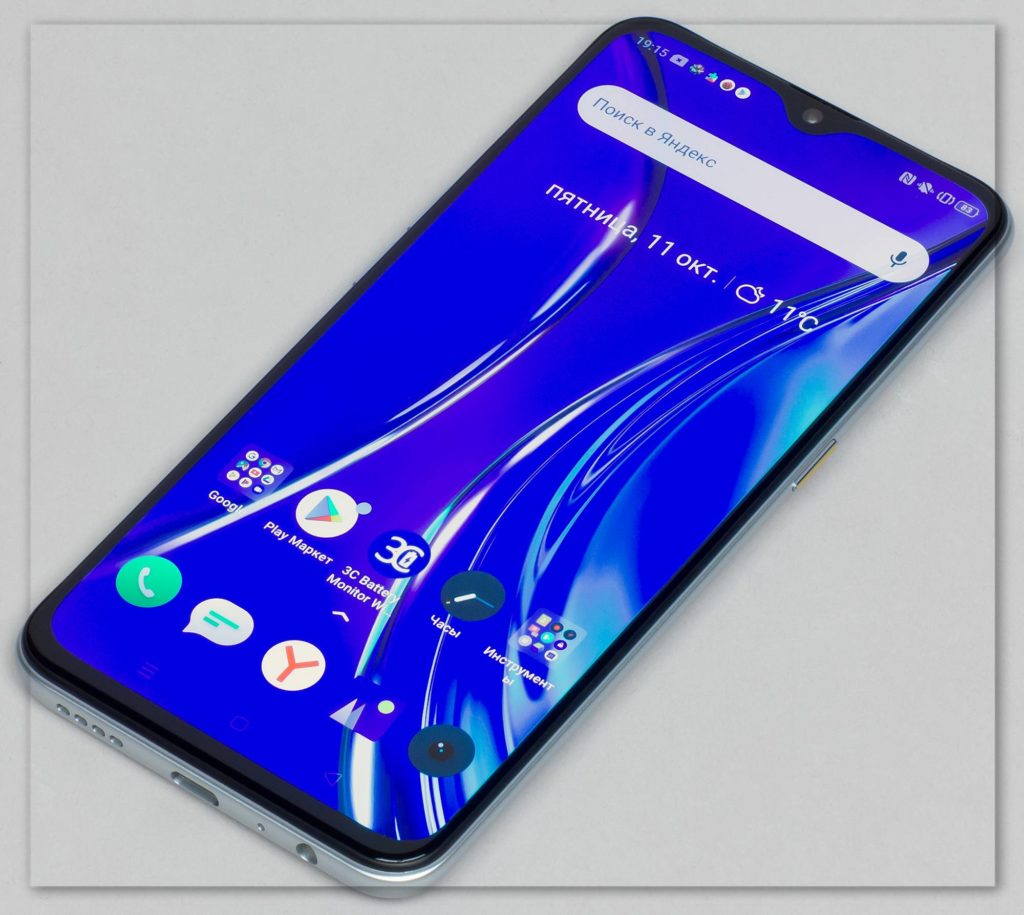 The Realme XT is a mid-sized mobile device that is attractive. The smartphone is moderately bulky and weighty, but its dimensions do not go beyond modern standards. At the same time, the device is comfortable to hold in the hand due to the well-selected proportions of the rear wall and side faces. 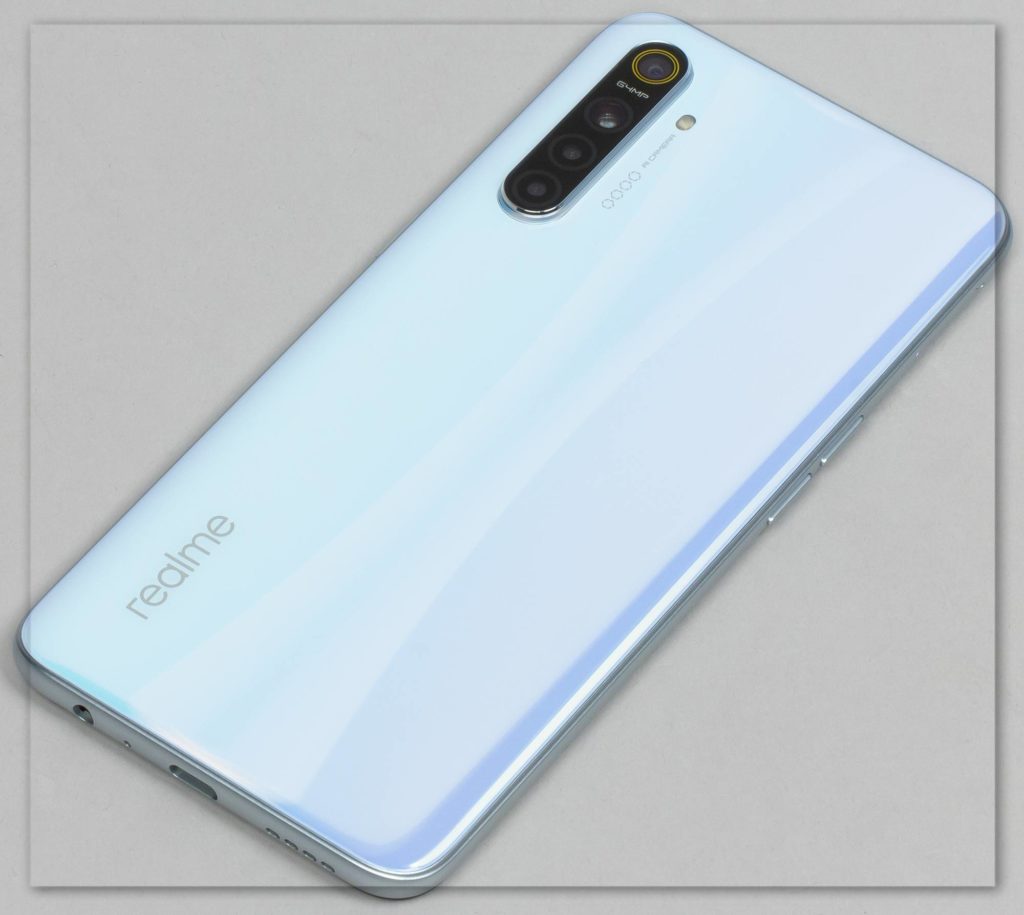 True, the faces here are not flat, but rather round, but the fact is that the frame is not made of metal, but rather of plastic, which saves the situation. The plastic is matte and completely non-slippery, due to which the smartphone is firmly in the hand, which is a big plus.

Indeed. , This kit comes with a traditional transparent case, which, admittedly, doesn’t make the smartphone look even less attractive, which is extremely rare. The case is quite thick, flexible, and protects the case well, but without the case, the Realme XT is more pleasant to hold in your hand.

According to the creators, the back wall is made of glass. It has a beautiful glow in the rays of the substrate, but not as brightly as the smartphones in Huawei / Honor. Everything here is more manageable, stylish, solid as an adult.

The block design looks great with the camera and flash. Designers created styling, assembling a beautiful and complete solution from small elements, including a double bezel around the central camera lens. Flash was not left alone to pity, but it is designed as a long oval element that balances the block with the camera. In general, Bravo! 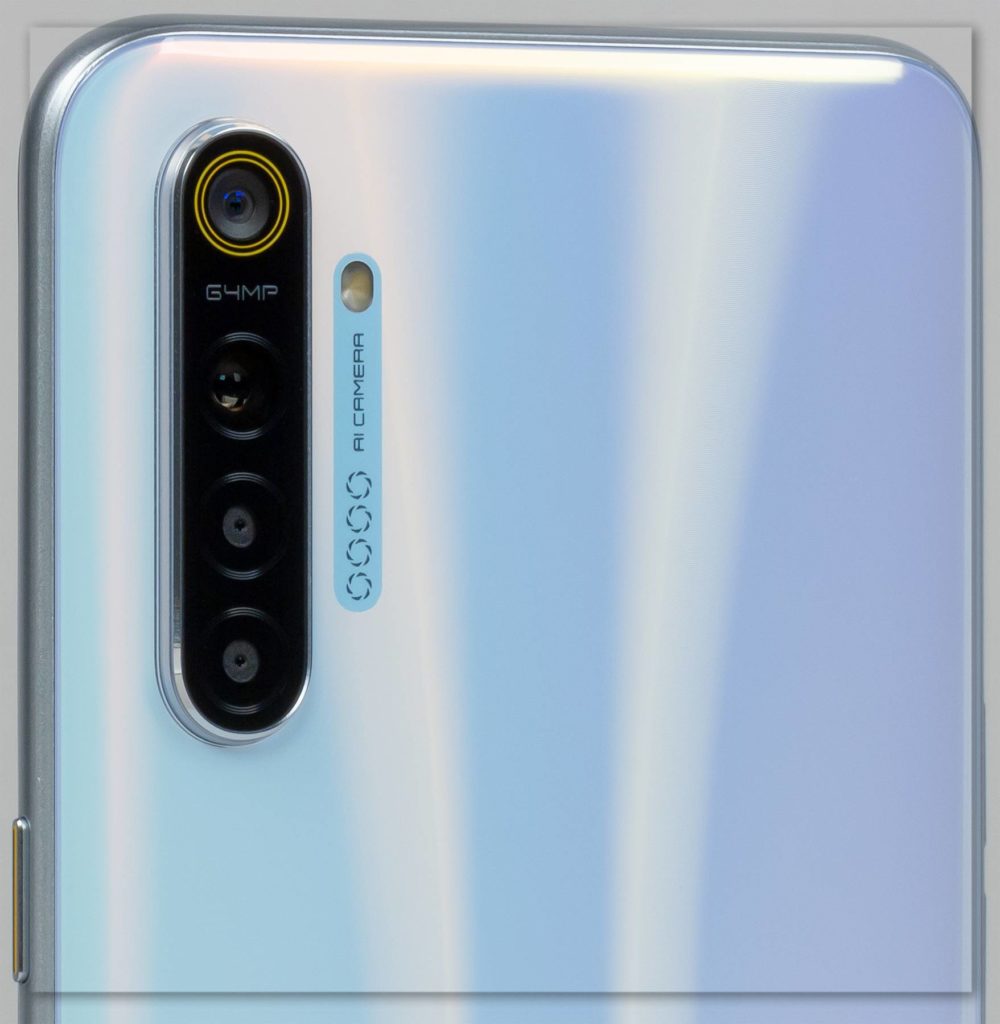 The front camera is modestly invisible to any out of the screen, it is a modern drop-sized cutout, but not a wide “bang”. However, the cut-out turned out to be quite wide anyway, with only one camera module.

Unfortunately, the side buttons were mounted on opposite sides, so fingers rest on unnecessary keys, random triggers are possible. The buttons themselves are also quite soft and flexible, and for some reason, the voice control was split into two separate keys, which sometimes causes confusion when a finger on a machine presses the volume down button as a power button. Usually, this moment is considered bad, you have to get used to it.

But the Power Button, on the other hand, is very stylishly designed: Like Opo smartphones, designers have begun to use colour to match the overall colour of the case. In this case, the button under the light case has a yellow stripe. 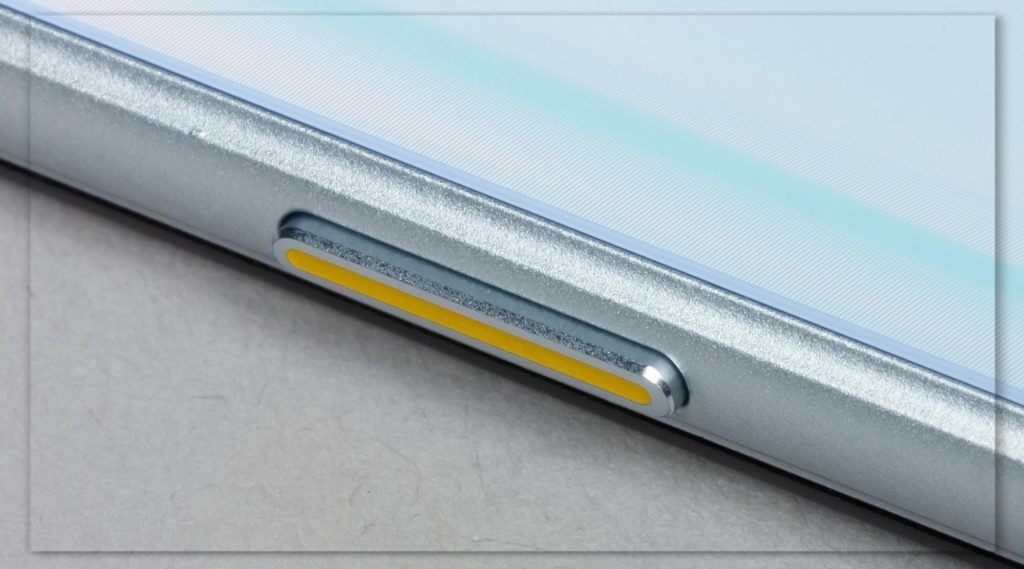 The fingerprint scanner is a sub-screen, it works more slowly than the “classic” one, but in this case, thematically, the developers made a faster and more reliable sensor of this kind (using Gadux 3.0 technology). And this is no base statement: from the medium-sized Samsung A50-A70 to the completely unknown Vietnamese Wismarth – all the subscreen scanners we’ve seen were deadly slow. Everything here is much better.

Realme XT comes in two colours: White Pearl and Blue Pearl. The smartphone’s case has not received full protection against dust and moisture.

The Realme XT has a built-in 4000 mAh battery. With such a battery, the device demonstrates impressive battery life in all tests, but in real life, it behaves the same as most modern top-end smartphones: it can not do without a daily night charge.

Testing was traditionally carried out at the usual level of energy consumption without using the energy-saving functions, although there are some in the device.

Continuous reading in the FBReader program (with a standard, light theme) with a minimum comfortable brightness level (brightness was set to 100 cd / m²) lasted until the battery was fully discharged for more than 20 hours, and when continuously watching high-quality video (720p) with the same the brightness level through the home Wi-Fi network, the device operates up to 17 hours. In the 3D-games mode, the smartphone can work for more than 6 hours, depending on the specific game.

Fast charging is supported (VOOC 3.0): in practice, the smartphone is fully charged from the bundled network adapter for one and a half hours with a current of 3.5 A at a voltage of 4.5 V (≈16 W).