It is said that the total building area of ​​the Vulcan Mountain Hospital is 33,900 square meters. During the SARS period in 2003, 1,000 beds were established, and intensive care units and general wards were established. According to the model of the Beijing Xiaotangshan Hospital. Specialized diagnosis, radiological evaluation and other auxiliary departments were established

The medical team is drawn from Vulcan Mountain Hospital

The medical team drawn from Vulcan Mountain Hospital comes from various medical units throughout the Army. Of these, 950 were created from the Joint Logistic Support Unit’s hospitals.

In the Centers for Disease Control and Prevention, the Public Liberation Army and the Academy of Military Medical Sciences’ Academy of Military Sciences, a group of 15 specialists was created to create a joint expert group to prevent and control the outbreak. Can be used to guide Hospital. 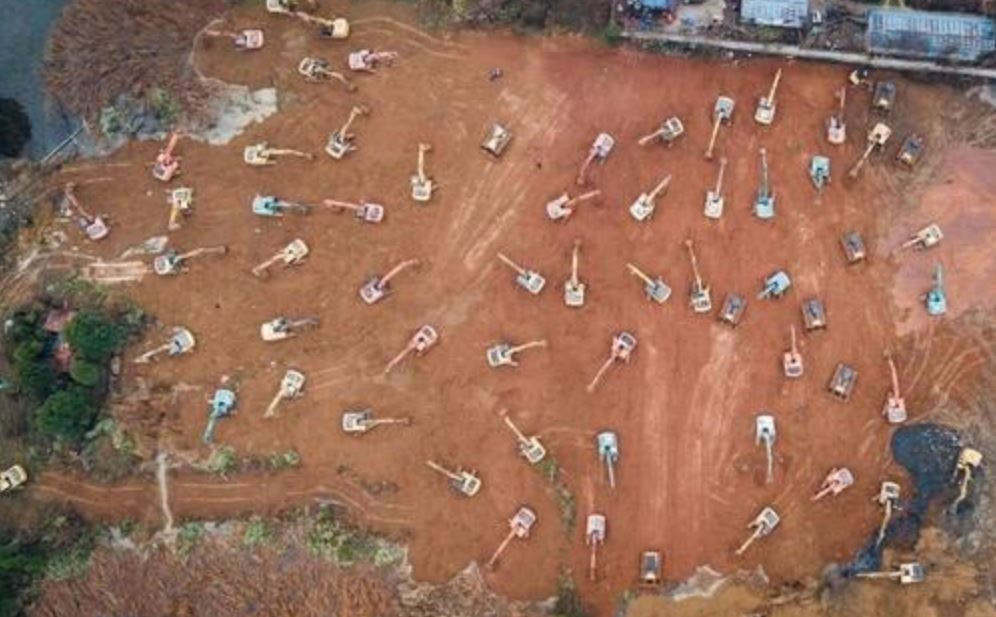 It is understood that much medical staff have participated in the mission of Xiaotangshan Hospital to fight SARS and assisted Sierra Leone and Liberia to fight the Ebola outbreak. He has extensive experience in treating infectious diseases.

From New Year’s Eve preparations to completion today, the construction of the Vulcan Mountain Hospital only took 10 days. And if it was officially started on the first day of the first month. It would only take 9 days. This is the real role of “infrastructure madness”. A race against time!

During the peak of construction, more than 4,000 builders were busy carrying at least 1,000 large-scale mechanical pieces of equipment and vehicles, and the whole process was non-stop.

At the same time, there are also millions of netizens born as “cloud supervisors” who are always concerned about construction progress.

After watching the construction site video, some foreigners commented: “This is an incredible builder. In Australia, the government needs 25 years to make a decision and 20 years after that.”

Attached to the construction schedule of Vulcan Mountain Hospital

PS: Thunder Mountain Hospital is also under construction and is expected to be completed on February 6 and delivered.

Will the snow freeze the coronavirus? The Central Meteorological Observatory responded by