So, fans expectations for Redmi Note Line will soon be ended. The new smartphone will be introduced in 10 days. The official date of Redmi note 9 is March 12, 2020.

Redmi Note 9 has every opportunity to become a bestseller, as Redmi Note 7 and Redmi Note 8 are considered to be one of the best-selling smartphones of the last calendar year.

According to the news on March 3, Redmi India’s official Twitter said that affected by the epidemic, the Redmi Note 9 conference will be launched through online live broadcast, and the conference will not be held offline.

“To ensure the safety and health of all, we have taken the above decision,” said Manu Kumar Jain. He is a global vice president and business leader of Xiaomi’s India. You can watch the live broadcast of the Redmi Note 9 conference on Xiaomi’s official website.

According to the officially announced poster, Redmi Note 9 has four rear cameras. Which look like “Yuba”. Unfortunately, the camera’s features are still uncertain. The main camera is probably 64 MP. The sensor model could be Samsung GW1 or Sony IMX686.

READ ALSO:   The battle between the Redmi Note 9 Pro and Realme 6 Pro begins 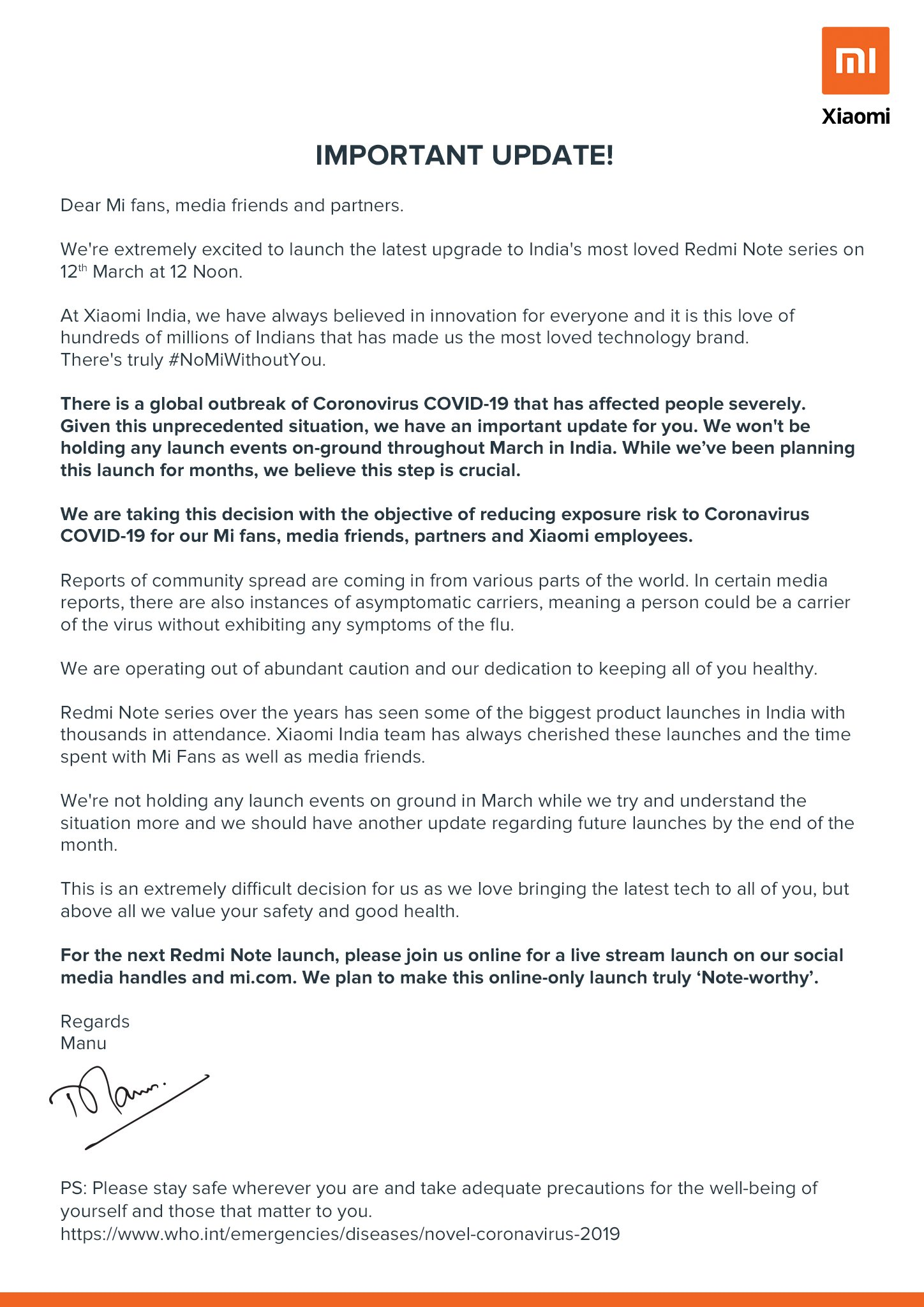 It is noteworthy that the exposed rendering on Twitter shows that the Redmi Note 9 uses a hole-screening scheme. But it is not sure whether it is a single hole or a double hole.

The aircraft will debut in India on March 12.