This afternoon, Redmi released the K30 Pro mobile phone, the new generation of the Redmi series 5G flagship. The price of $423.63 is quite aromatic, and it is currently the cheapest Snapdragon 865 flagship. 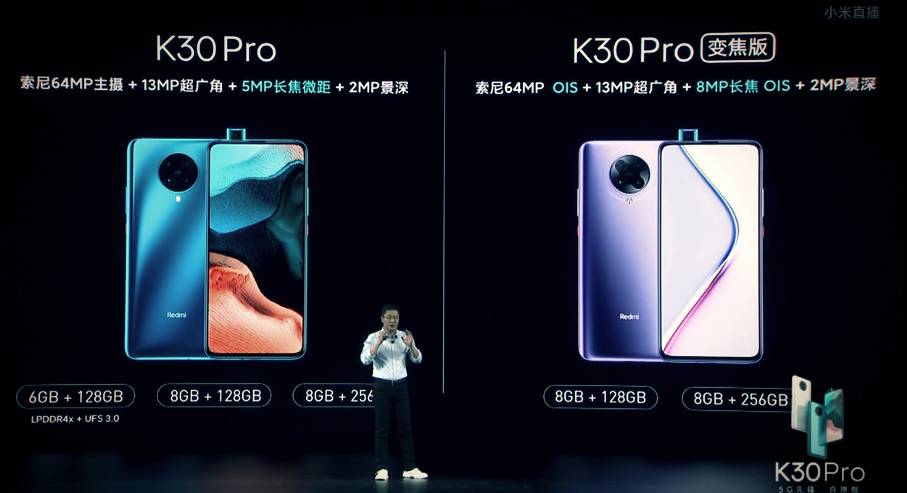 From the name’s point of view, the difference between the 30 Pro Standard Edition and the Zoom Edition of Redmi is taking pictures. In fact, the main difference between the two versions of mobile phones is this one. The Redmi K30 Pro’s standard four cameras are Sony’s 64MP main camera + 13MP. Ultra-wide-angle + 5-megapixel telephoto macro + 2-megapixel depth-field lens, the main camera supports OIS optical image stabilization.

At the ongoing Redmi 30 Pro Launch Conference, Lu Weibing started with the presentation and told us.

In the last part of the Appearance Introduction, Lu Weibing brings together the Keith Haring Art Protection case.

Harlem is reported to be a new pop artist. His work is very different from traditional paintings. He is known for his simple lines. At the same time, he uses black lines to create bright patterns. Glowing babies, thick hollow figures, thundering dogs are the most recognizable and symbolic abstract symbols in their works. 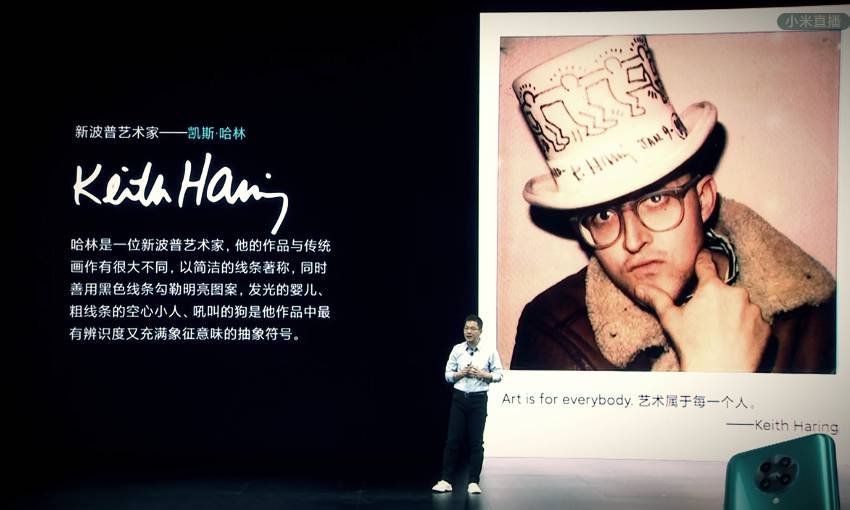 This time Harlem has branded protective cases for K30 Pro for three camel grade and trendy art. The sale will go on sale on March 10 at 10 am 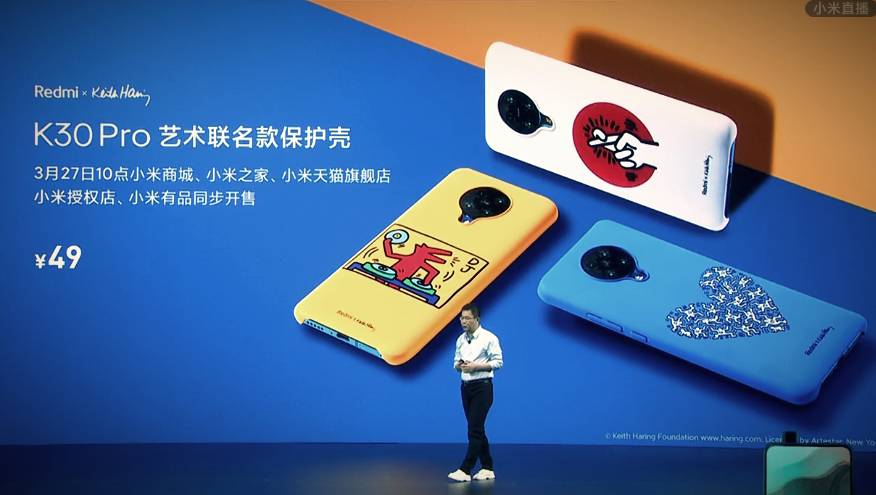 In appearance, the K30 Pro will continue to pop up full screen with a 92.7% screen ratio. The front camera speed is increased by 0.58 seconds, and it is equipped with 5 types of material equivalent. There are four cameras in the back, and four colors available.