Huawei has published the official commercial for flagship camera phone Huawei P40 Pro. Which was officially announced last week, but has not yet been sold.

Witness the magic of the #HuaweiP40pro & its #VisionaryPhotography which is equipped with an exemplary Ultra Vision Leica Quad Camera. The 50 MP ultra vision camera will take your pictures to the next level. It is all set to revolutionise speed with its Kirin 990 5G processor. pic.twitter.com/bGoCGJ0ddA

Don’t miss today’s official Huawei P40 Pro wallpaper in high resolution. It was learned yesterday that in the four days after pre-orders began to be accepted, only 80,000 people placed pre-orders for the Huawei P40 Pro.

The highly anticipated Huawei P40 series was finally released on March 26 at 21:00. Not only did it inherit the deep image of the Huawei P series. It set up a very intelligent Leica lens, but also got 10 for the first time on mobile phones. Optical zoom and 100x digital zoom capabilities bring mobile phone images to a new horizon.

The first official photos have appeared on the Web that demonstrate the truly impressive camera capabilities of the Huawei P40 Pro + smartphone. You will find a large selection of high-resolution real-life photo updates here.

These photos were taken from the same place on a wide-angle lens. As well as on a telephoto using 5x optical and 100x digital zoom. 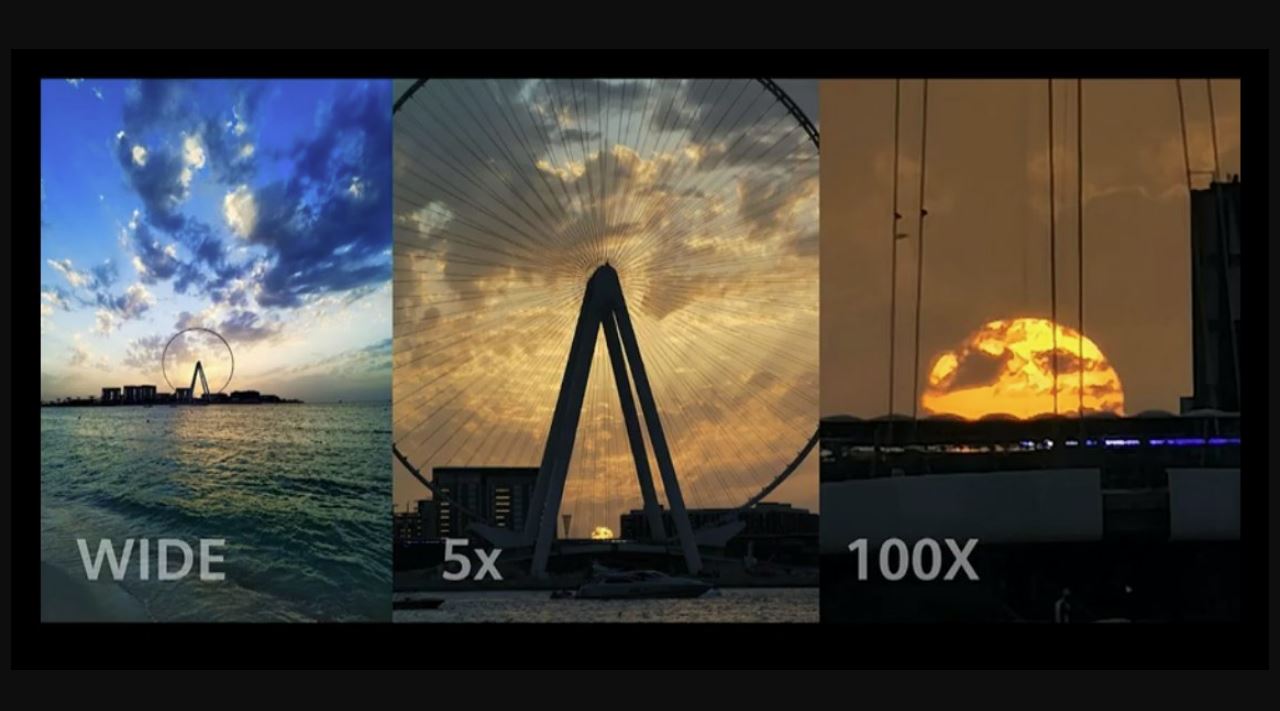 You may be wondering, what is the difference between a hybrid zoom and an optical zoom on a mobile phone?

The Huawei P40 series can be acquired with just a telephoto camera to participate in a 10x optical zoom shooting. Since the telephoto camera is equipped with a 10x optical focal length. It can shoot high quality without the participation of other cameras. Image quality and better optical zoom. Hybrid zoom is a set of different types of cameras to participate in shooting and then zoom in different environments. Basically, this is the algorithm for synthesizing the zoom magnification effect. Poor optical zoom has worse aesthetic quality. From this, it can be estimated that in the case of mobile phone images. The 10x optical zoom introduced in the Huawei P40 series is an important location.

How to fit a limited body into a 10x optical zoom camera?

When we use a mobile phone to do a remote shoot, the problem with blurry image details is often over. On the one hand, the mobile phone camera’s optical zoom is not high. On the other hand, the zooming algorithm is not optimized very well. The Huawei P40 series has further iterated and improved for these two issues.

It introduces the Huawei XD Fusion Image Engine, improves the zoom effect through AI algorithms, and improves face and text description recognition through super-resolution algorithms such as Face SR and Text SR. Consumers can shoot players on the field and on stage. The words on the blackboard of a classroom of actors, high-rise buildings and a staircase of a hundred people can all be described as a delicacy.

The back of the image has complex support for optical lenses, light-sensitive elements, algorithms, and chips. Each of these parts should be completed by sophisticated R&D and design by the same engineer. A high-quality image looks simple but lags behind it. The result of tens of thousands of people working together. Huawei P40 Series’s 10x optical zoom technology can reach significant levels in the mobile phone industry. It has to rely on Huawei’s technical support and R&D investment behind it. This series of technological breakthroughs also reflects the future direction of Huawei in the field of mobile phone photography.